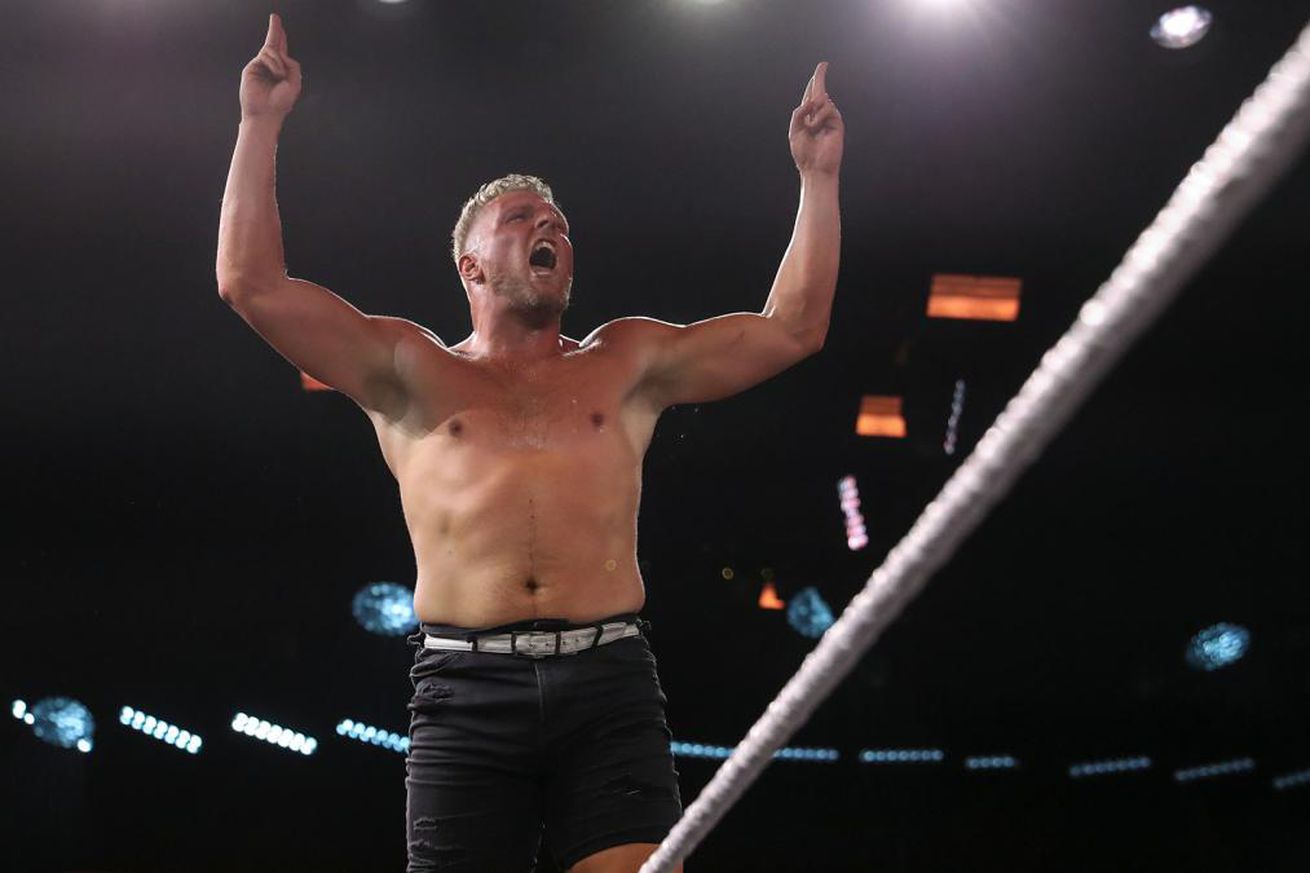 NXT returns tonight (Oct. 28) from the Capitol Wrestling Center in Orlando, Florida. It is the Halloween Havoc special.

1) Is Pat McAfee the only person behind his big plan?

Last week, Pat McAfee revealed himself to be behind the attacks on Undisputed ERA.

The main event was supposed to be Breezango defending their tag titles against Roderick Strong and Bobby Fish. But Fish and Strong were attacked throughout the night and Kyle O’Reilly went to the hospital with his boys.

This allowed Oney Lorcan & Danny Burch to slot into the main event. Then, with the help of Pat McAfee and a Burch low blow, defeated the gorgeous ones to win the belts.

We haven’t gotten an explanation on TV, but McAfee took to his Twitter the other night to lay it all out piece by piece – read his entire explanation here.

McAfee is a natural at this, but he doesn’t feel big enough to be the real big bad here. He still feels like a very talented guest in this business. So to be behind a big conspiracy that takes out 3/4th of NXT’s most dominant faction is hard to believe. And kind of feels like a waste.

I still think there’s an unrevealed piece to the puzzle. And I think that piece is Kyle O’Reilly, the only man not specifically targeted by Pat Mac’s henchmen. Coupled with some nasty looks he shot Adam Cole after his return and my own hope that this is a program they run, that is a very possible scenario. And it’d be a scenario that felt worthy of a major angle.x`

2) Are Breezango going to get righteously angry?

A long title reign was never likely for Tyler Breeze & Fandango. That’s not NXT’s booking. The promotion likes to use short title reigns for the babyfaces and longer ones for heels. So the loss last Wednesday was not too surprising.

The question is will the duo take a prominent role in this new storyline. Will they be part of the crew that fights against McAfee’s new stable? Or will they lose a rematch and fade into the background?

There’s no reason that they shouldn’t stick around and try to right the wrong that was done to them. But tag teams aren’t a heavy focus in NXT right now. So it’s possible after losing a rematch, they step aside for the next team to face off against McAfee and the Brit-Am Brawlers?

3) How is a Haunted House of Terror match different than a House of Horrors match?

Dexter Lumis will face Cameron Grimes in a Haunted House of Terror match.

It sounds like a match that’s right up the creepy Lumis’ alley. But we don’t know what it is. The name isn’t too far from House of Horrors match which was a match Randy Orton and Bray Wyatt had in an abandoned house years ago.

This certainly doesn’t sound like a match that will take place in the ring. Maybe they use the backstage area of the CWC and decorate it to make it seem creepy. Or maybe this will be a full cinematic in a house somewhere.

Part of me wonders if they just wanted to avoid using the name “House of Horrors” because of the bad memories people have of that match and the Wyatt/Orton feud that surrounded it.

4) What other stipulations will we see?

There will be two title matches that will be wrestled under the Spin the Wheel, Make the Deal stipulation. Here is a picture of the wheel (just pause it to get a look, and find your match):

I’ll be completely honest. I don’t know what each and every one of these matches are, even after googling them. But we can guess the more outrageous ones aren’t going to happen. We’re likely not going to see a Buried Alive match given their taping limitations. I’m not sure if the Capitol Wrestling Center has a boiler room. Does every building have a boiler room?

The street fight is easy to do inside the CWC, and I bet one of the title matches lands on that stipulation. A bike chain match (which is a chain on a pole match) could fit with Damian Priest’s gimmick. Cole Miner’s glove (a really heavy glove) on a pole is something they can do as well, but seems pretty lame since you’re just fighting to wear a heavy glove.

I think we’ll see pretty tame matches that are similar to street fights. I’m hoping they surprise me and we see Johnny Gargano buried alive, but I wouldn’t put money on it.

5) Are there going to be pumpkins or what?

Halloween Havoc is a fan favorite for old WCW fans so it was exciting that NXT brought it back days before Halloween. They also brought back the Wheel and guarantee some fun, spooky stipulations to go with theme.

But they need to decorate the Capitol Wrestling Center to look like Halloween Havoc. I’m talking big inflatable pumpkins here. Don’t talk up how superb this new set up is and then tell me you can’t fit big pumpkins in it.

Don’t let me down, Triple H!

We’ll see if we get any answers to these questions at 8 PM ET on USA Network.