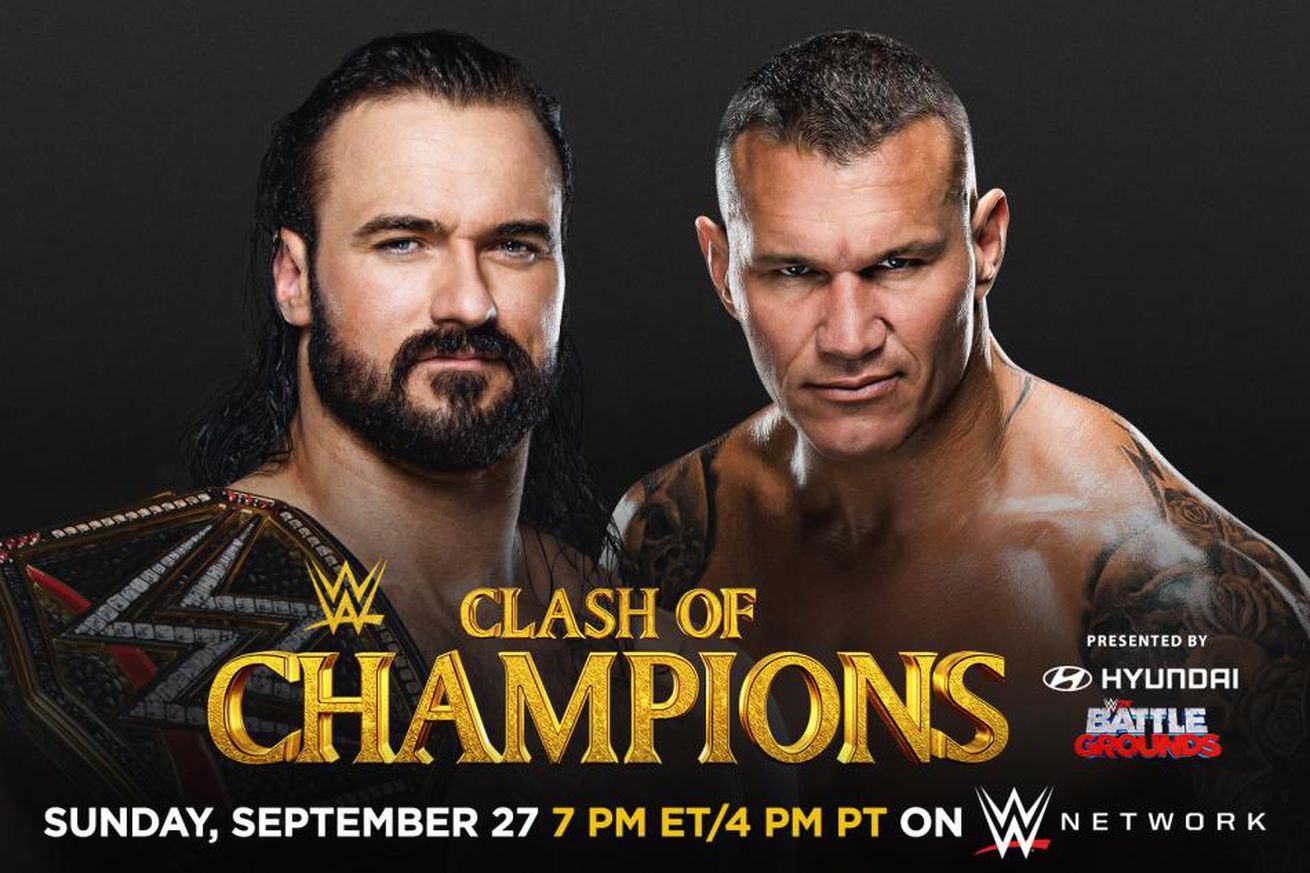 Ambulance match for the WWE championship

Randy Orton never saw a backslide coming, and it led to Drew McIntyre getting one over on the Viper in their WWE championship match last month at SummerSlam.

McIntyre let his guard down on Raw the following night (Aug. 24), and Orton took advantage by punting the champ in the head three times. What was first described in kayfabe as a potentially broken skull ended up being a hairline fracture of Drew’s jaw, and he was taken out of the ThunderDome in an ambulance:

Keith Lee made his Raw debut on that same night, and he immediately thrust himself right into Randy and Drew’s business. Lee defeated Orton in a singles match at Payback, but Orton won the match that counted; he was victorious over Lee and Seth Rollins in a triple threat match on the Aug. 31 episode of Raw, earning the Legend Killer a championship rematch with McIntyre at Clash of Champions on Sept. 27.

Orton kicked off the Sept. 7 episode of Raw by bragging about his win, but he was interrupted by an ambulance. Of course Drew McIntyre popped out of the ambulance, and he went right after the Viper with a Claymore.

Throughout the course of the night, McIntyre paid Orton back by clobbering him with a total of three Claymore kicks. As a result, Orton was the one who was sent out in an ambulance this time. McIntyre let it be known that he wanted Orton in an Ambulance match on the pay-per-view.

Randy’s status for Clash of Champions was up in the air at that point, which led to Keith Lee fighting multiple times for the chance to potentially take Orton’s place in the WWE championship Ambulance match. The only things Lee received for his troubles were multiple disqualification finishes, and then a punt to the skull via the returning Randy Orton on Sept. 21.

Orton ambushed both Lee and McIntyre. In addition to punting Lee, he jammed a steel chair right into McIntyre’s fractured jaw.

Later in the night, Orton hit the champ with an RKO out of nowhere when Drew was busy fighting off Slapjack, T-Bar, and a whole bunch of nameless lackeys from RETRIBUTION. That was the final angle heading into Clash of Champions.

The rules of an Ambulance match are simple. All you have to do is incapacitate your opponent (by any means necessary) to the point where you can toss him in an ambulance and shut the doors. Three Claymores or three punts should be enough to get the job done and send one of these men to a local medical facility, as we’ve seen over the last month.

Keith Lee has been an integral part of this story, though it seems likely that Orton’s punt will keep him away from interfering tonight. But you should never say never with WWE booking. Perhaps Lee will show up, and Randy will somehow win the WWE championship by throwing Lee in an ambulance instead of Drew, logic be damned.

The data at CageMatch suggests that WWE has used the Ambulance match gimmick on five previous occasions, and only once has it ever been part of a championship defense. That was at Payback 2013, when John Cena successfully defended the WWE title against Ryback in a Three Stages of Hell match, where the final fall was an Ambulance match.

Will Drew McIntyre become the first champion in WWE history to lose his gold inside an ambulance?

Find out who wins by tuning into Clash of Champions 2020 and keeping it right here at Cageside Seats!