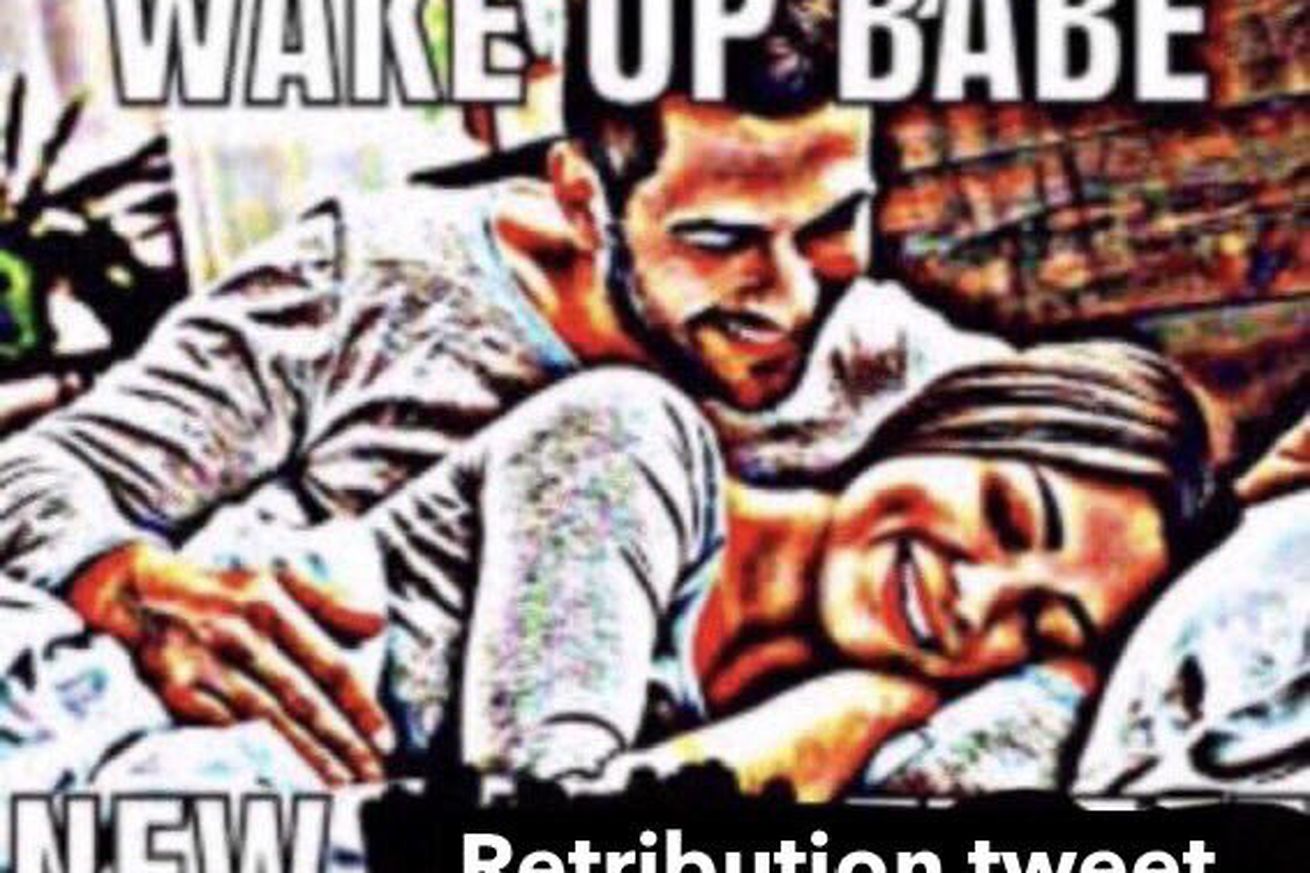 Over the past week, the members of RETRIBUTION have been on social media working to spin their widely ridiculed reveal on the Sept. 21 episode of Raw.

Aside from T-Bar telling fans to “not overthink” WWE’s weird and dumb decision to announce the anarchist groups were signed to contracts (a comment I can forgive in this case, since Dominik Dijakovic’s new character is a heel), those efforts have been great!

T-Bar has a smart, Young Bucks-esque way of appealing to the very online wrestling fans:

Thank you @EBischoff. You are a huge inspiration for #RETRIBUTION! We too aspire to one day destroy a billion dollar wrestling company and bury it under fiery wreckage. pic.twitter.com/xGJXkdNzrc

We’ll last longer than you in action, minute man. https://t.co/GSiNpywZMn

And there’s a heart beating under that scary mask:

Slapjack isn’t as active, but my man’s name is Slapjack… you gonna tell him what to do? He will open up Photoshop and drop a meme on ya, though:

DON’T get THUMPED by #RETRIBUTION pic.twitter.com/43leanXbob

It’s led to a line of thinking that Twitter game is going to turn RETRIBUTION into a success.

It’s certainly earned them a considerable amount of goodwill they wouldn’t have had otherwise. But if Raw features more head-scratching storytelling choices tonight (Sept. 28), and the group continues to fail to get the upper-hand in their battles with the brand’s established players, they’re going to have to start climbing the internet mountain again tomorrow morning.

So shine on, you crazy Twitter diamonds. RETRIBUTION is more than carrying their share of the load from Tuesday to Sunday. But WWE is going to need to support their strong work with some better writing and booking on television, or the Corre & #August1Warning jokes might be more than just jokes.

WWE books the card for Raw, including a battle royal to determine Asuka’s next challenger