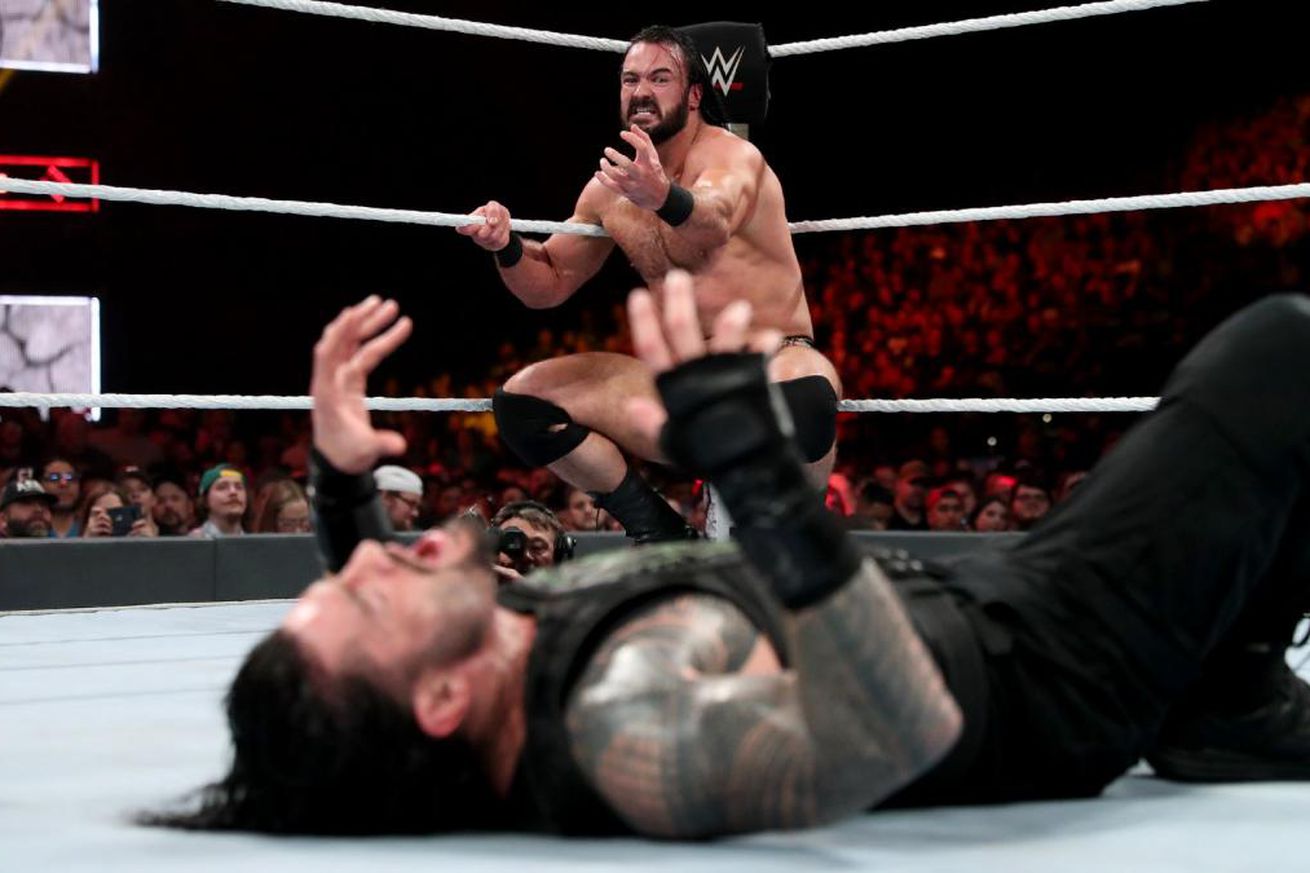 Fielding a question from Vicente Beltrán ahead of Clash of Champions about the number of championships in WWE, Drew McIntyre said he felt there was “a good balance” of belts between the divisions and the brands. Then he turned the interview into a pitch for a dream fight:

“If I was to have another one [title], me personally, I would absolutely want to have a super-match with Roman Reigns for that Universal championship and create one dominant champion. That’d be a heck of a match. Roman is the guy, he’s proven it for years. He’s been absent for a little bit of time, and he’s returned with a different attitude, a whole new look. He’s a lot bigger and badder than he ever was – he’s still that marquee player. I’m at a point where I’m building myself up and want to prove that I can be that top, top guy like Roman Reigns has. So, inevitably if we can have a McIntyre vs. Reigns, title vs. title match – I think that’s as big as it gets.”

We’ve seen this match before (and it’s a proverbial slobberknocker), but not in their current iterations. McIntyre and Reigns’ characters are at the perfect place for a great feud.

Drew’s fighting champion is among the best babyface characters WWE’s presented us with in the last few years. As he says, he’s anxious to prove he’s deserves his spot, and will look anyone in the eyes and ask for a chance to earn their respect.

The new Roman, as we all learned last night, is a bully with a chip on his shoulder who needs people to tell him how much they respect them. It’s a ready made conflict, just in time for Survivor Series!

That looks to have wrapped up now. So should WWE make plans for The King of Claymore Country vs. The Tribal Chief?

Let us know what you think in the comments below.