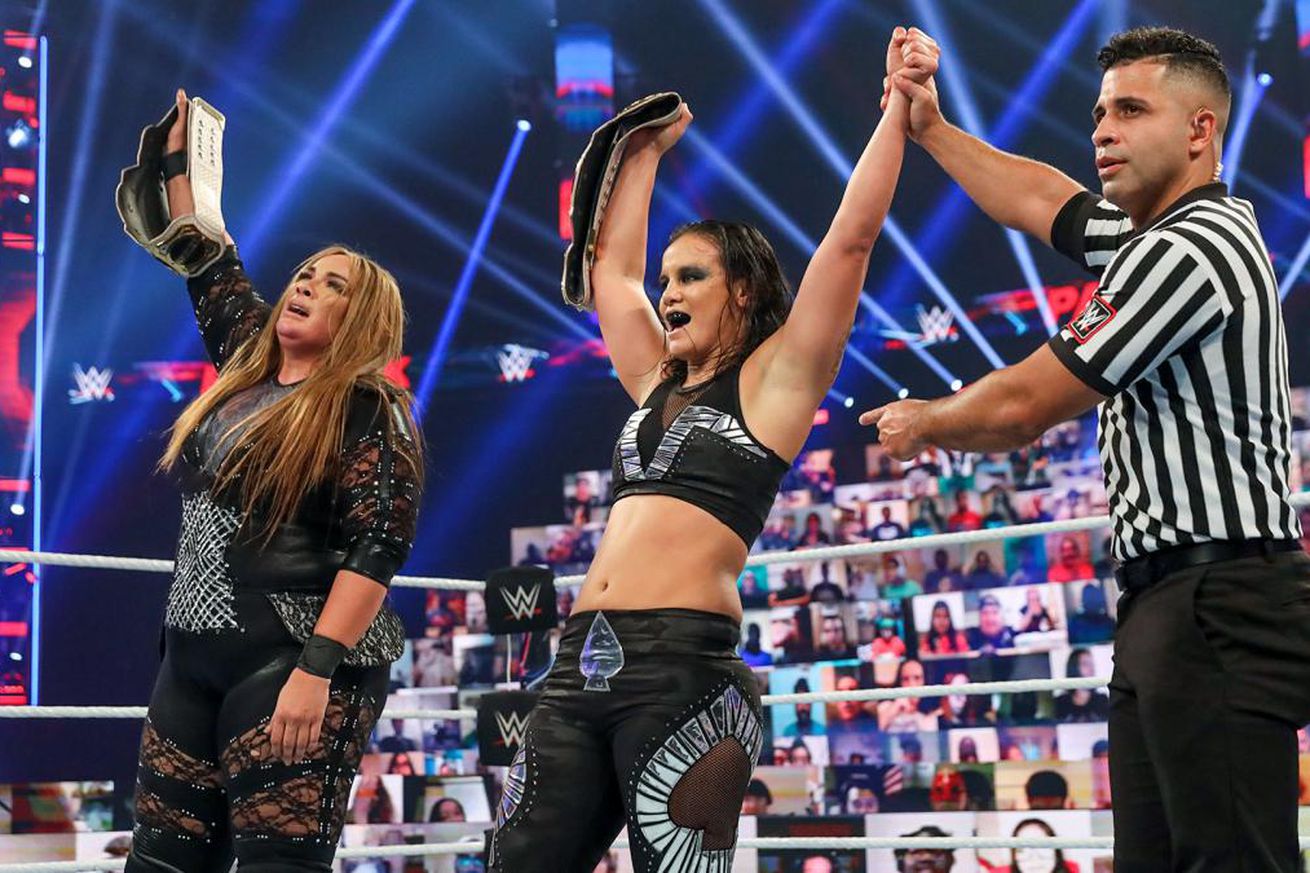 Shayna Baszler and Nia Jax, the current women’s tag team champions, were supposed to defend those titles at the Clash of Champions event just last night (Sun., Sept. 27, 2020) in Orlando against The Riott Squad. That didn’t happen, because, at least as WWE put it, they weren’t medically cleared.

Reports going around indicate this is all related to the recent COVID-19 outbreak in WWE. The champs, meanwhile, are just having a good time with it.

WWE promised an update on the situation on Monday Night Raw this week but, for whatever reason, gave that update on social media before the show even went on the air:

The long and short of it is that the scheduled match pitting Baszler & Jax vs. Ruby Riott & Liv Morgan is still happening, it will just have to be whenever the titleholders are cleared to resume wrestling. They just don’t know when exactly that will be.

Punk will face Roman at WrestleMania… on one condition