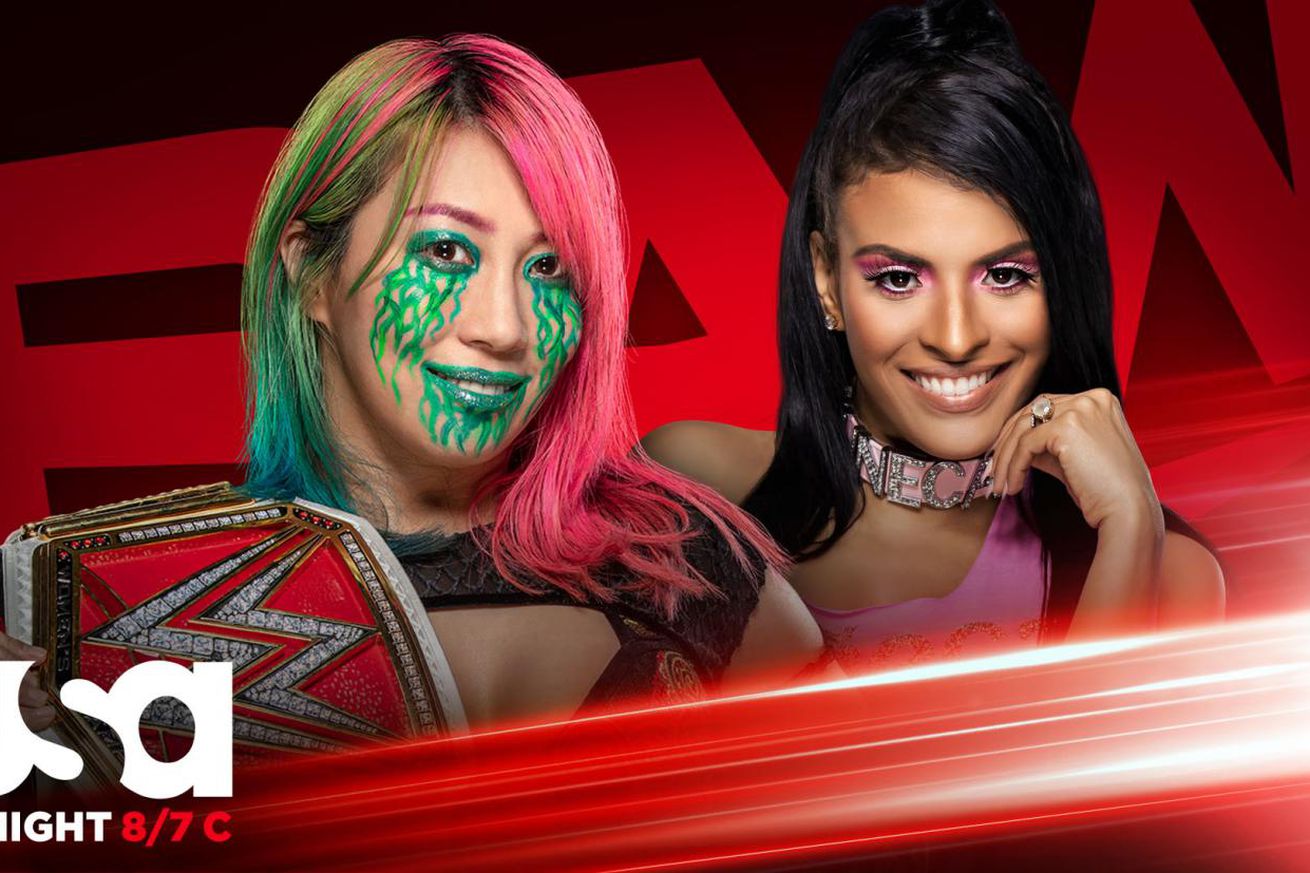 Sounds like there are probably a lot of last minute rewrites going on at ThunderDome today (Mon., Sept. 28). At least some of that chaos is likely due to talents who have tested positive for COVID-19, or came into contact with someone who did.

We do hope that everyone is healthy or on the road to getting back there. But we can’t resist a little joke about the first match WWE finally announced for Raw tonight, less than four hours before showtime. It’s your standard night after the PPV rematch of a match that ended decisively on said PPV!

This one was clearly set-up on the Clash of Champions broadcast when the defeated Zelina Vega responded to Raw Women’s champ Asuka’s show of respect by slapping her in the face, so there’s that. There’s little reason to think Vega’s second chance will end any differently than her first did, however.

Join us in our live blog for Asuka vs. Zelina II. And probably Bobby Lashley vs. Apollo Crews and Drew McIntyre vs. Randy Orton, too.

Kidding about those last two… I think.

Bayley is alone on an island