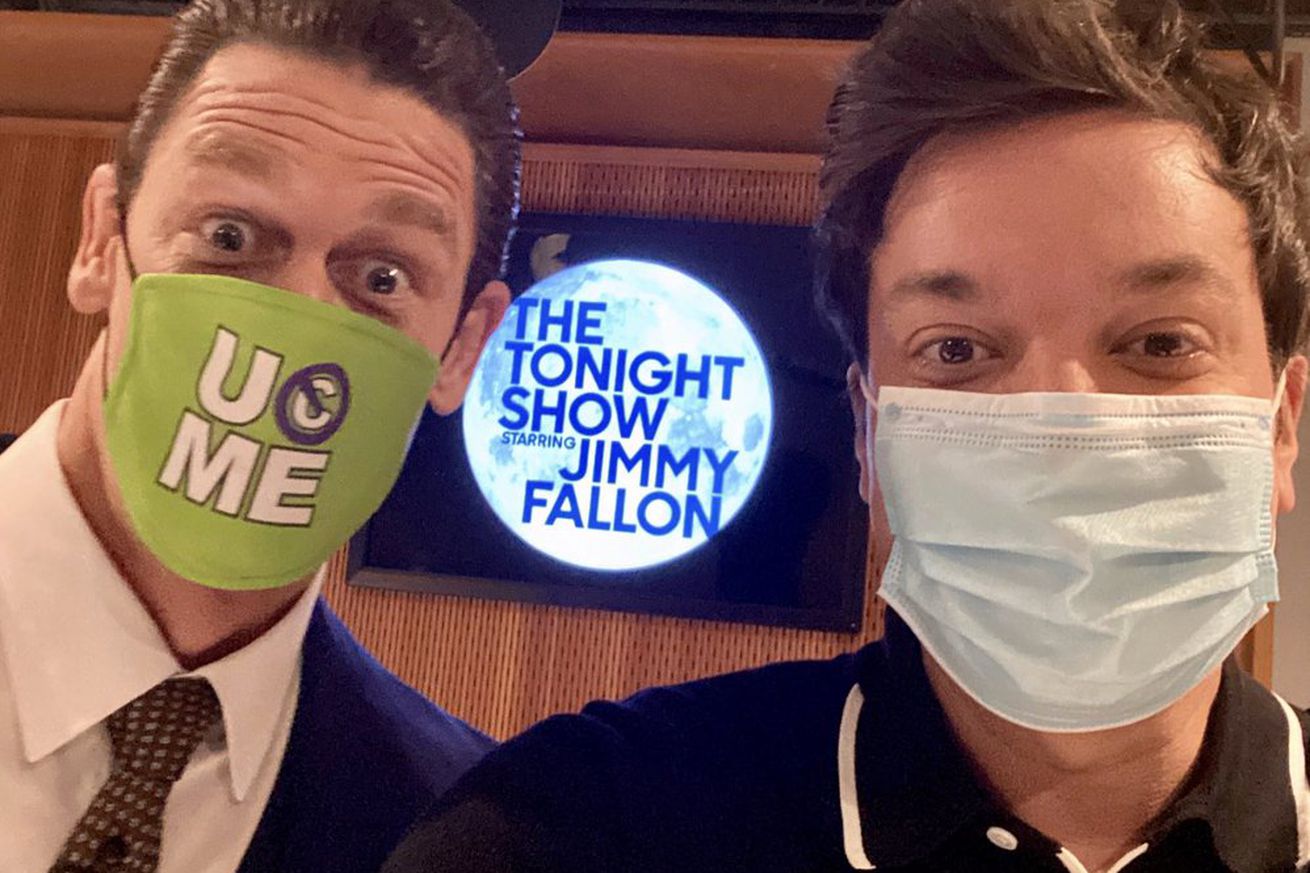 While appearing on The Tonight Show as Jimmy Fallon’s first in-studio guest since pandemic lockdowns began in March, John Cena provided a brief update on his wrestling future.

That it came in the middle of talking about his successful line of children’s books, which Fallon got around to after they talked about Cena’s roles in Fast 9, and The Suicide Squad, and mentioning the HBO Max spinoff series for his DCEU character Peacemaker, tells you that his return to WWE won’t be a full-time one.

But it doesn’t sound like it will be limited to things like the voiceover he did for last Sunday’s Clash of Champions intro video, either.

“With the Elbow Grease books, I have a very young audience in WWE, a lot of kids, a lot of families, and as my in-ring career is not as active – it’s not over, but it’s not as active – I wanted to continue to send messages to those younger viewers, because so many times, parents will be like, ‘hey, your Never Give Up words have helped my son or daughter.’”

So there you have it. John’s not saying he’ll “Never Give Up” wrestling. But the Firefly Fun House match at WrestleMania 36 wasn’t the last time we’ll see those jorts.

Check out Cena’s chat with his buddy Jimmy in the video embedded above.