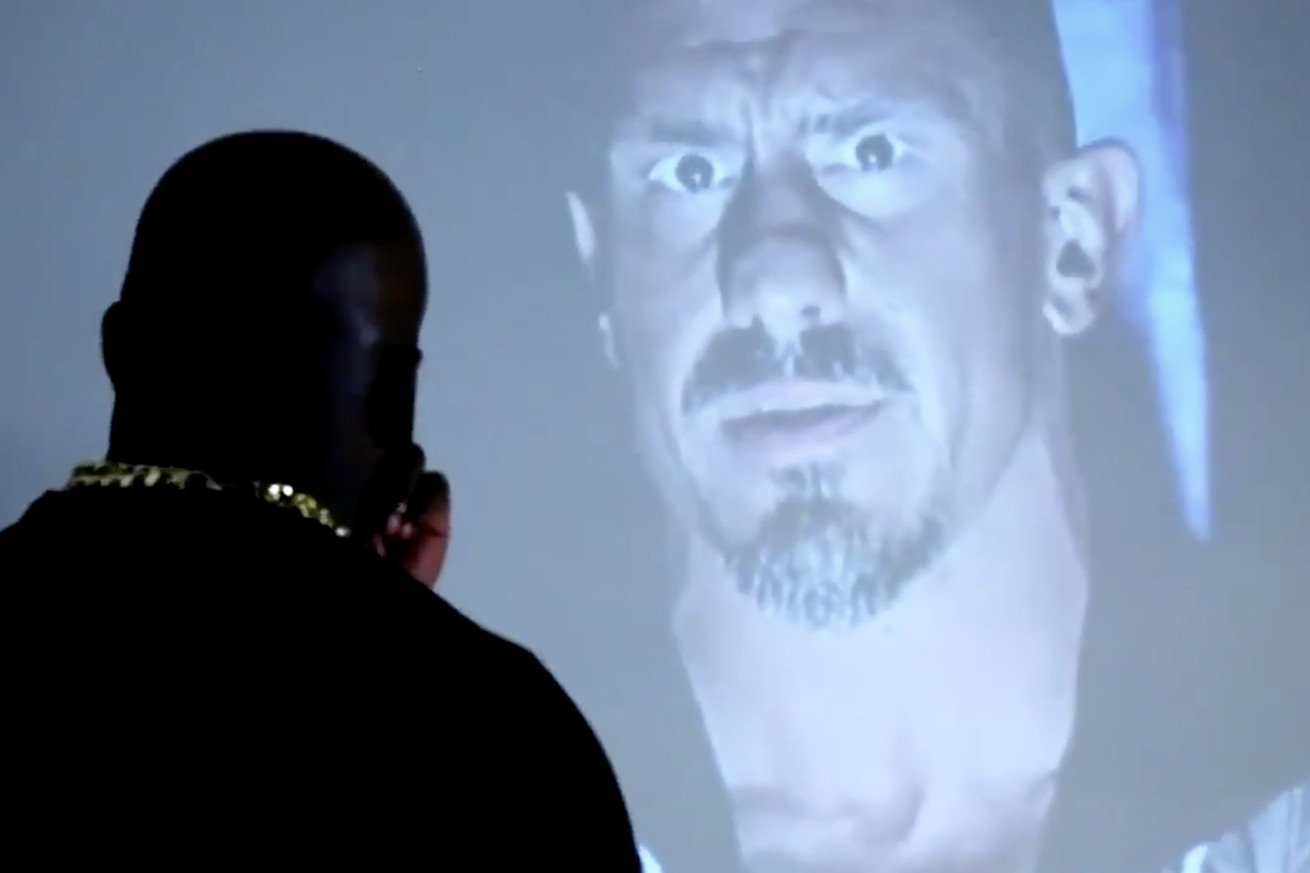 The big stories coming out of Impact Wrestling (Sep. 29, 2020) were Ken Shamrock being revealed as the mystery attacker to Eddie Edwards and the Victory Road card being solidified for October 3.

The juiciest story step was EC3 announcing that he will destroy the TNA Heavyweight Championship with fire in the ring next week. EC3 had stolen that belt from Moose and sent him on a hunt to locate his treasure. Since Moose failed, EC3 invited him to attend the funeral of the century.

“In death we pay homage to nostalgia and BURN IT DOWN.” @therealec3 is going to hold a funeral for the TNA World Championship next week. #IMPACTonAXSTV @TheMooseNation pic.twitter.com/WYbK0Cf0gS

That felt like a James Bond villain revealing his master plan. How can Moose not prevent the destruction of his pride and joy with advance warning? I’m expecting this to set up a bout for Bound for Glory on October 24. The fight should be intense, but I’m more interested in how EC3’s message of controlling your narrative will affect Moose. The easy story would be EC3 winning then leaving. The more intriguing story would be wrapping this around to unleash a super Moose.

Let’s roll through the episode from beginning to end.

Taya & Rosemary defeated Havok & Nevaeh. In the end, Taya and Rosemary hit a double spear to Havok. Nevaeh entered after a sneaky tag to hit a German suplex on Rosemary. Taya countered out of a hold for Road to Valhalla and victory.

After the match, Kiera Hogan and Tasha Steelz attacked Taya and Rosemary. Havok and Nevaeh chased away the intruders. Perhaps that was the first step in Havok warming up to assisting Rosemary’s plans for resurrection.

Deonna Purrazzo believes Kylie Rae is misguided in thinking she will win the Knockouts Championship at Bound for Glory. All that positivity won’t do her any good when Purrazzo breaks her arm. Purrazzo was also informed that she will defend the title against Susie at Victory Road on October 3.

Jordynne Grace defeated Tenille Dashwood. In this rematch, Grace took the fire to Dashwood, but she consistently kept on eye on Kaleb Konley at ringside. The finish played out similarly to last week. This time, Grace ducked the Spotlight Kick, clubbed Dashwood with a back elbow, then set up the Grace Driver. That’s when Konley hopped into the apron as a distraction. Grace let go of Dashwood to confront Konley. Dashwood tried to score a roll-up, but Grace countered out and into a rear naked choke to win.

EC3 informed Moose that he will be burning the TNA Heavyweight Championship next week in the ring.

Rich Swann showed his progress with rehab footage on his injured ankle. He plans to prove the doubters wrong when he wrestles Eric Young for the Impact World Championship at Bound for Glory.

[email protected] has never worked harder than he has to prove his doubters wrong at Bound For Glory. #IMPACTonAXSTV pic.twitter.com/yY1m574Zoe

Heath and Rhino chatted out back behind the arena. They were excited about last week’s infomercial for #Heath4Impact. They heard management might want to talk to Heath about a job. Heath still had the stolen wad of cash, so Reno Scum and Hernandez jumped them to retrieve it.

Good Brothers defeated Rascalz. In the end, Wentz went wild on a hot tag. Rascalz attempted Hot Fire Flame, but Karl Anderson got his knees up. Luke Gallows goozled Dez on a suicide dive attempt. That led to a spinebuster from Anderson and the Magic Killer to win.

After the match, the Good Brothers called out the Motor City Machine Guns. Anderson and Gallows came to Impact for money and tag titles. They challenged the champs for Bound for Glory.

Brian Myers and Tommy Dreamer passed each other in the hallway. A scuffle ensued and a match was made for Victory Road.

Kaleb Konley issued a challenge to Jordynne Grace for a rubber match against Tenille Dashwood. Challenge accepted for Victory Road.

Fallah Bahh defeated Johnny Swinger. The role of best man for John E. Bravo’s wedding to Rosemary was on the line. Bravo, Crazzy Steve, the Deaners, and Alisha Edwards were all ringside. Swinger cheated to win by using Steve’s monkey toy to bash Bahh in the head. Bravo wouldn’t let the referee’s incompetence stand, so the match was restarted. Bahh squished Swinger with a butt splash.

Rohit Raju tooted his own horn about last week’s quick victory over Trey Miguel. That’s what happens when the hardest worker becomes the smartest worker. Since Rohit is all about giving opportunities, he will debut the Defeat Rohit Challenge at Victory Road. TJP requested another opportunity, but Rohit clarified that TJP, Trey, and Chris Bey don’t qualify. They already had their chance.

Swinger confronted Bravo backstage about his best man status. Bahh argued that he won the match. Bravo didn’t actually care who won. He was more annoyed with the referee’s mistake.

Mystery attacker revealed. Eddie Edwards came to the ring to find out who attacked him last week. He accused Eric Young, but Sami Callihan came out instead. Callihan declared his innocence, however, he did know who done it. Edwards turned around into a beatdown by Ken Shamrock. Shamrock raged with a head kick and an ankle lock.

Eric Young’s conscience is clear about what he will do to Edwards at Victory Road. He tried to give them the easy way out, but they didn’t take it.

Susie asked Kylie Rae if she will be mad if Susie wins the Knockouts Championship at Victory Road. Kylie would love the opportunity to wrestle her friend at Bound for Glory. Kylie gifted Susie a pair of kick pads. Kylie told Susie that her time has come. That triggered a mental tremor of Su Yung.

The North defeated Ace Austin & Madman Fulton. The North couldn’t handle Fulton’s power in the main event, but they survived by using double team tactics. In the end, they tossed Ace into Madman then double clotheslined the big man over the ropes. Ethan Page threw Josh Alexander into Fulton’s knee to buy them some time. The North took turns teeing off on Ace. Their fireman’s carry spinebuster combo gave them the win.

After the match, the Good Brothers came to the ring to jack jaws with The North about who will be challenging MCMG at BFG. Ace and Madman attacked the Good Brothers, so The North joined in on the bad guy attack. MCMG ran in to even the numbers, and all eight men brawled as the show closed.

When Impact has a bunch of matches, the shows tend to be good. This offering was no exception. All the matches had nice heat built from the prior week. Grace versus Dashwood was my favorite of the bunch. I enjoyed how the story revolved around last week’s finish. Grace made the same mistake by letting Konley get in her head, but she rebounded with the choke to win. My favorite maneuver goes to Ace Austin for standing on Fulton’s shoulders to dive for a super splash. That was creative and cool.

Impact also did an effective job to build up Victory Road on October 3, available on the Impact Plus app. Aside from Susie getting a title shot, all the matches were logically set up based on past interactions. I’m most excited for Edwards versus Young, so I’m hoping Impact lets that match breathe without a funny finish involving Shamrock.

We’ll close with Dog the Bounty Hunter getting in on the act to promote #Heath4Impact. This comes after last week’s star-studded commercial.

The supporters for #Heath4IMPACT just keep on rolling in. #IMPACTonAXSTV pic.twitter.com/cBtvmnEoSO

Share your thoughts on Impact Wrestling. Who stole the show? Which story are you most interested in at the moment?