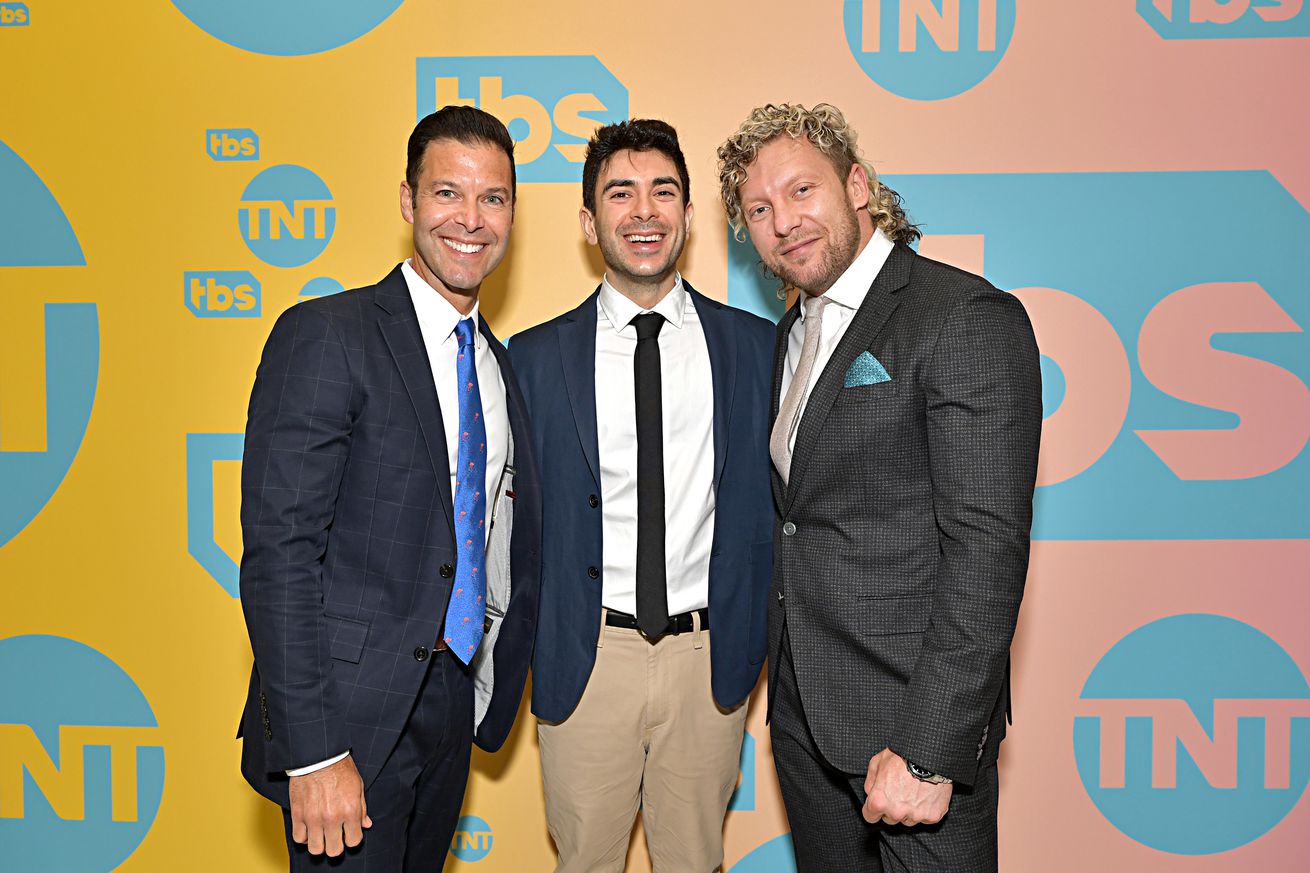 We’re coming up on one-year since AEW Dynamite debuted on TNT. The first episode aired on Oct. 2, 2019, and an anniversary show is being promoted for Weds., Oct. 14 of this year.

Ahead of that, Variety has a glowing piece about the company, its cable TV series, and its relationship with TNT’s parent company, WarnerMedia.

The article has the quotes you’d expect from All Elite executives Tony Khan, and Brandi & Cody Rhodes, and top stars Chris Jericho & Jon Moxley. Most encouraging for AEW and their fans, though, are comments from a pair of execs at Warner.

Both Dynamite’s ratings success against WWE NXT on Wednesday nights, and the stability of its viewership throughout the pandemic were highlighted by Variety. That’s what Brett Weitz, general manager of TBS, TNT, and truTV, speaks to:

“I think where where the rubber really met the road was during when COVID hit and watching Tony really pivot and grow. And he was able to keep those storylines going and put so many great things together, even through a global pandemic, and that tells you everything you need to know about the DNA of that brand and that guy as a producer.”

After the article provides data from a toy industry analyst about how AEW’s action figures are “the number three new property among U.S. toys” this year, senior vice president and co-head of scripted originals for TBS, TNT and truTV Sam Linski provides a quote that indicates Warner’s plans for the partnership extend beyond television:

Cynics will probably respond, “well what else are they going to day – they extended their contract to 2023 and added a new show before the pandemic.” That’s true to an extent. Of course Warner isn’t doing to bury a product they’re locked into airing two shows for over the next two+ years (the article says the launch date of AEW’s second show for TNT is coming next year).

But this is about as positive a look at the company by a major industry publication as anyone could have hoped for after a year. And that’s without factoring in the coronavirus, or the fact Khan lost his main contact at Warner when Kevin Reilly lost his job in a restructuring related to the rocky launch of streaming service HBO Max.

If these quotes are any indication, WarnerMedia is very happy with their partnership with AEW.