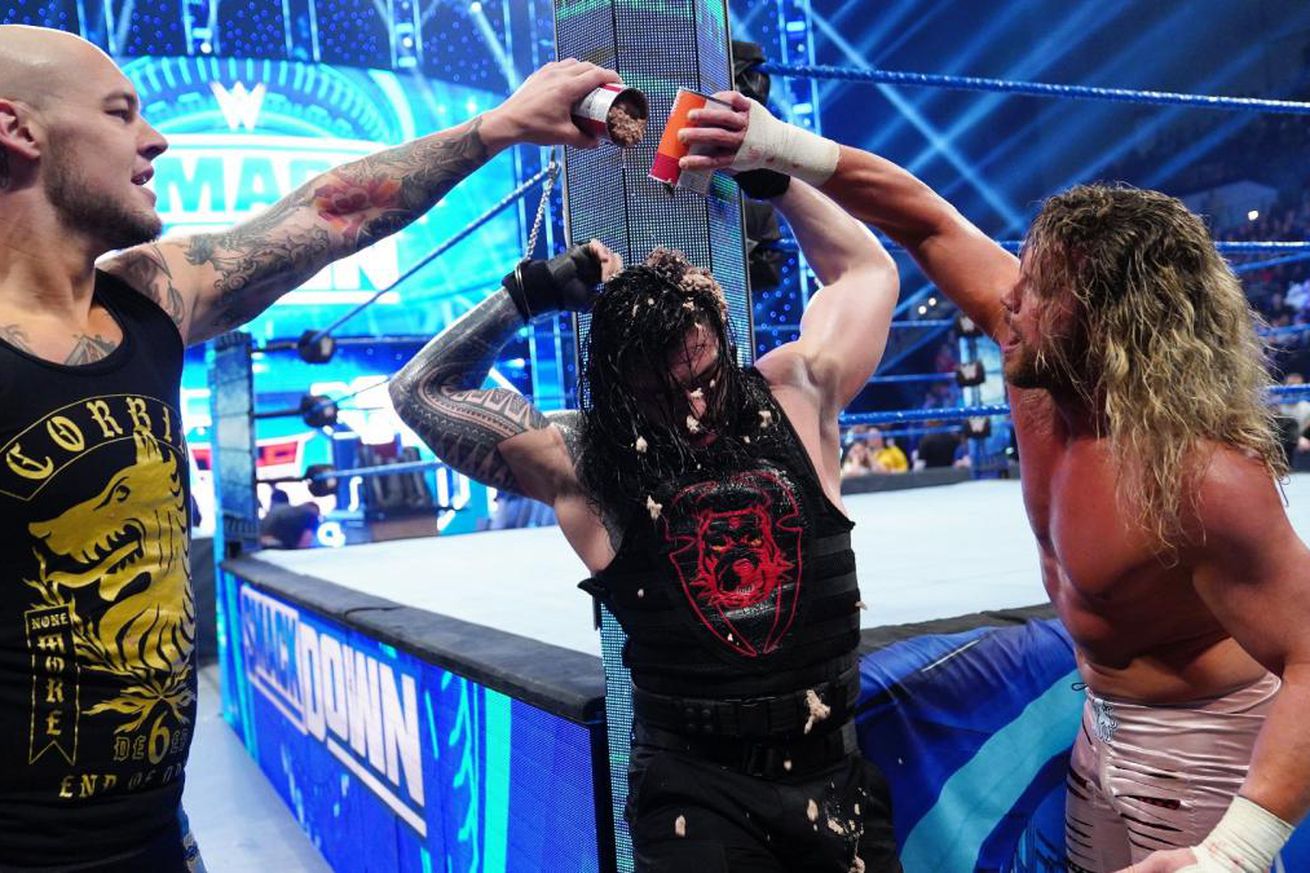 Roman Reigns and Undertaker both acknowledge that their match at WrestleMania 33 in 2017 was a disappointment.

But Reigns is hard-pressed to think of any other bad matches he’s had since that event took place, well over three years ago. At least that’s what he told Complex’s Load Management podcast. Here is the transcript, courtesy of POST Wrestling:

“But yeah, I definitely feel like I got better from that, learning from him [The Undertaker] and learning from that experience. I don’t think… and y’all can call me out if you want but I don’t know if I’ve had a bad one since. As far as wrestling matches are concerned, I’ve been in some bangers ever since and there’s a lot of different details that I learned in order to utilize those skills and put a few more tools in my bag to take to work everyday.”

I don’t blame Reigns’ failure to recall his bad matches over the last three years, because human memory is extremely unreliable. So I’ll just take a moment to point out that Reigns wrestled against Brock Lesnar on three pay-per-views in 2018, he fought Shane McMahon in Saudi Arabia in 2019, and he had a six month rivalry with King Corbin from October 2019 through March 2020 that largely revolved around dog food. I’m not saying that every one of these matches was sub par, but there’s definitely at least one in there somewhere.

Moving on, Reigns explained that without the benefit of a live crowd, wrestlers have to rely on social media to tell if their segments are getting over, and it’s not very satisfying:

“But it’s different now because there is no live crowd so, you really just gotta go off of social media which… kinda sucks to be honest because you’re sitting there going through the — Dan from nowhere liked it. Bob from who cares didn’t like it, so it’s one of those deals where it’s sort of the social media algorithms that you have to go off of to know what’s really working because in our business, sports-entertainment, we’re used to hearing it right away, especially very detailed in what we do. It’s not like just generic team chants or sucker songs. It can get very specific with what they’re into or what they’re not.”

So if “Dan from nowhere”, “Bob from who cares”, and “Slapjack from RETRIBUTION” happen to be reading this, now you know that Roman Reigns is aware of your feedback as a result of the global pandemic.

Which bad Roman Reigns matches from the last three years, if any, stand out in your memory?