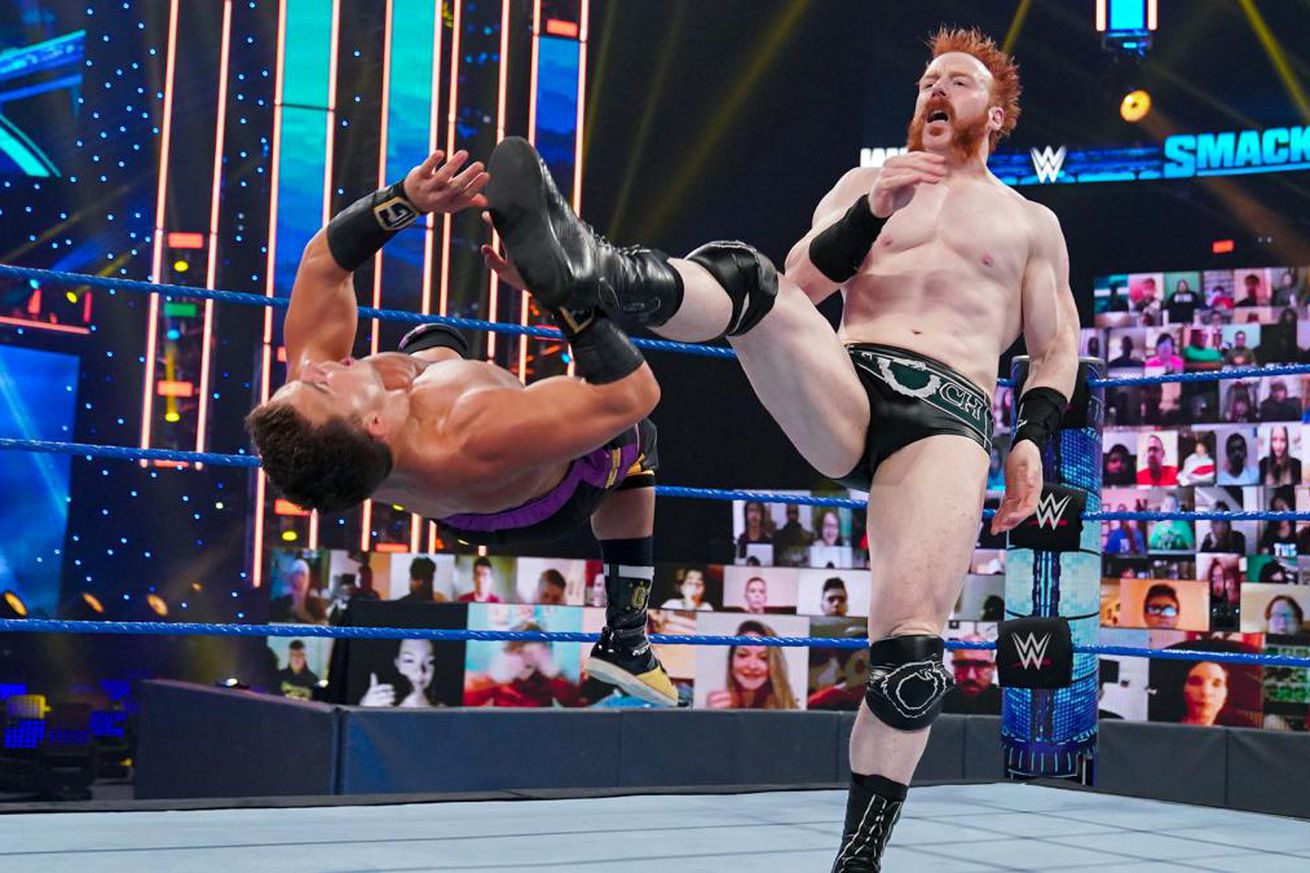 In this weekly series, we identify three Superstars (or groups of Superstars) who are on their way up, and three that are moving in the opposite direction. After a busy week that included Clash of Champions 2020 and all of its fallout, a lot of fortunes were changed.

Alexa Bliss is now fully embracing her connection with The Fiend. She has allowed Bray Wyatt to wash her brain, and she willingly took The Fiend’s hand on SmackDown after he demolished Kevin Owens. Let him in!

Roman Reigns unleashed a brutal beating upon his own bloodline at Clash of Champions, refusing to let up on Jey Uso until being acknowledged as the Tribal Chief. On SmackDown, Reigns’ then displayed some very twisted logic about how Uso was the one who disrespected him and broke his heart. Reigns is now looking to beat true submission into Uso at Hell in a Cell 2020, in a match that Reigns claims will have the highest stakes in WWE history.

Sami Zayn’s successful return to WWE peaked at Clash of Champions; His devious handcuffs scheme allowed him to render his opponents helpless while he climbed a ladder to win Jeff Hardy’s Intercontinental championship. Zayn followed this up on SmackDown by retaining the title in a main event match against Hardy.

It looks like Apollo’s summer push is on the way down. Crews has lost against Bobby Lashley in two consecutive United States championship matches, with no shenanigans afoot. On this week’s (Sept. 28) episode of Raw, Mustafa Ali appeared to step up as the next babyface in line to challenge for that title when he pinned MVP.

Chad Gable was always doomed once the Shorty G moniker was thrust upon him a year ago. G began 2020 in January by losing to Sheamus on the Royal Rumble pre-show. In February he was embarrassed by Sheamus in a two-on-one handicap match where Shorty’s side had the numbers advantage. Fast forward to August, G turned heel and was completely ineffective in trying to collect King Corbin’s ransom. Enter October, and Shorty G was just squashed by Sheamus in less than one minute on SmackDown.

Chad Gable is an immensely talented wrestler who needs to find an escape from WWE, because they have no idea what they have in him.

John Morrison could be out there having good to great matches along the lines of what we’ve come to expect from wrestlers like AJ Styles, Sami Zayn, Drew McIntyre, Asuka, Seth Rollins, Sasha Banks, Roman Reigns, Cesaro, and so forth. Instead he’s a second-bit player in a dumb lawsuit storyline between Otis and Miz. As part of that reality, Morrison was just squashed in less than two minutes by Otis on this week’s (Oct. 2) episode of SmackDown. What the hell was that?