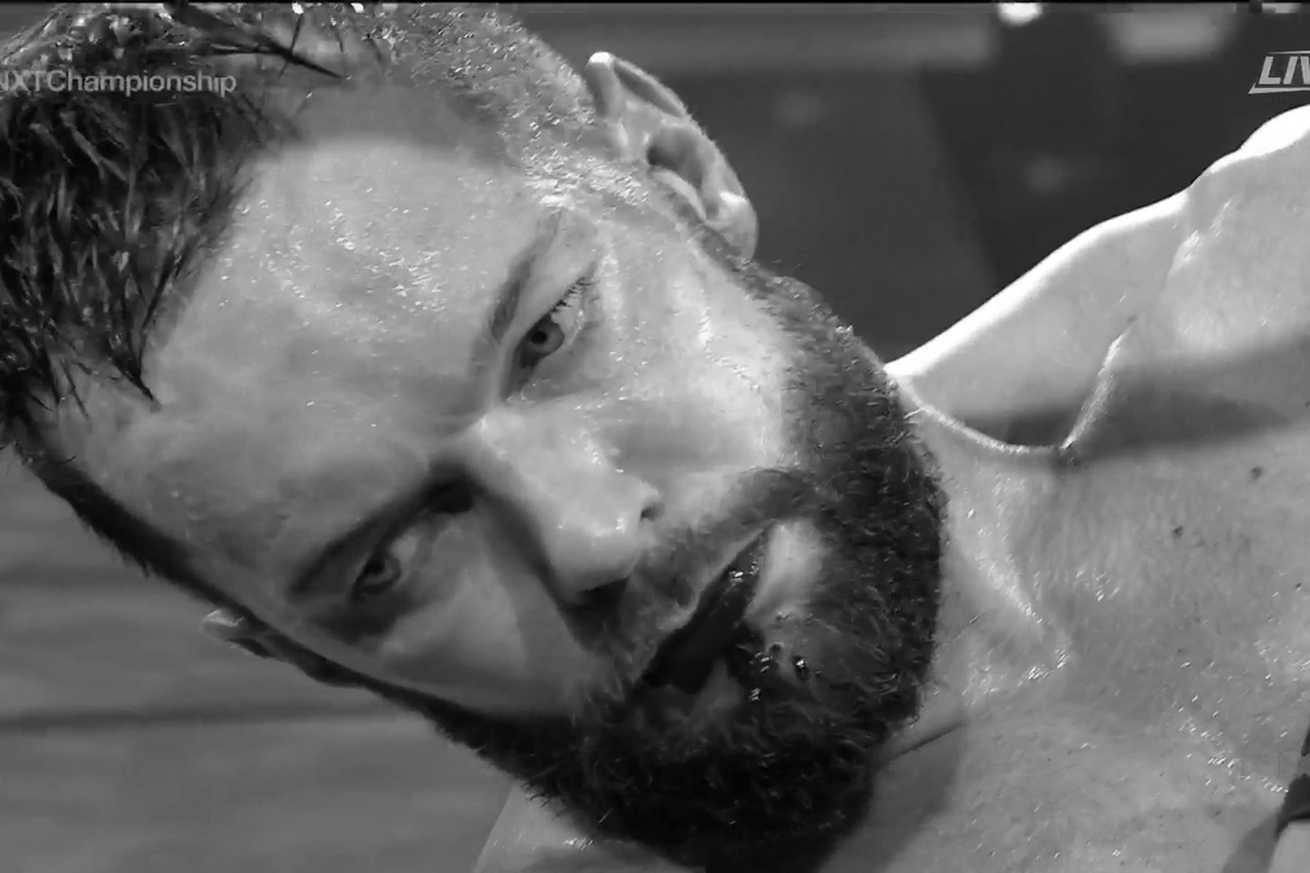 Last night (Oct. 4) during a stiff-looking, brilliant main event which saw Finn Bálor retain the NXT title over Kyle O’Reilly, both men were bloodied. Again, there was a report that the champ might have been legitimately hurt.

Triple H confirmed as much on his post-show media call. The Game revealed Bálor was en route to the hospital for jaw x-rays “to see what’s going on there.”

Finn was bleeding from the mouth in the later stages of the match, leading to WWE’s photos from the end to be published in black-and-white.

INCREDIBLE MATCH from START to FINISH.

He was also selling a facial injury.

WWE.com issued an update on both TakeOver 31’s main eventers:

The main event of NXT TakeOver 31 was a brutal, hard-hitting battle for the NXT Championship between Finn Bálor and Undisputed ERA’s Kyle O’Reilly. In the aftermath of the grueling main event, it has become evident that both Superstars are worse for wear.

O’Reilly has a number of broken teeth as a result of the fight with The Prince, WWE.com has learned. O’Reilly is also being evaluated for additional injuries.

WWE.com can also report that Bálor has been taken to a local medical facility for CAT scans to determine if he suffered potential facial fractures in his successful title defense.