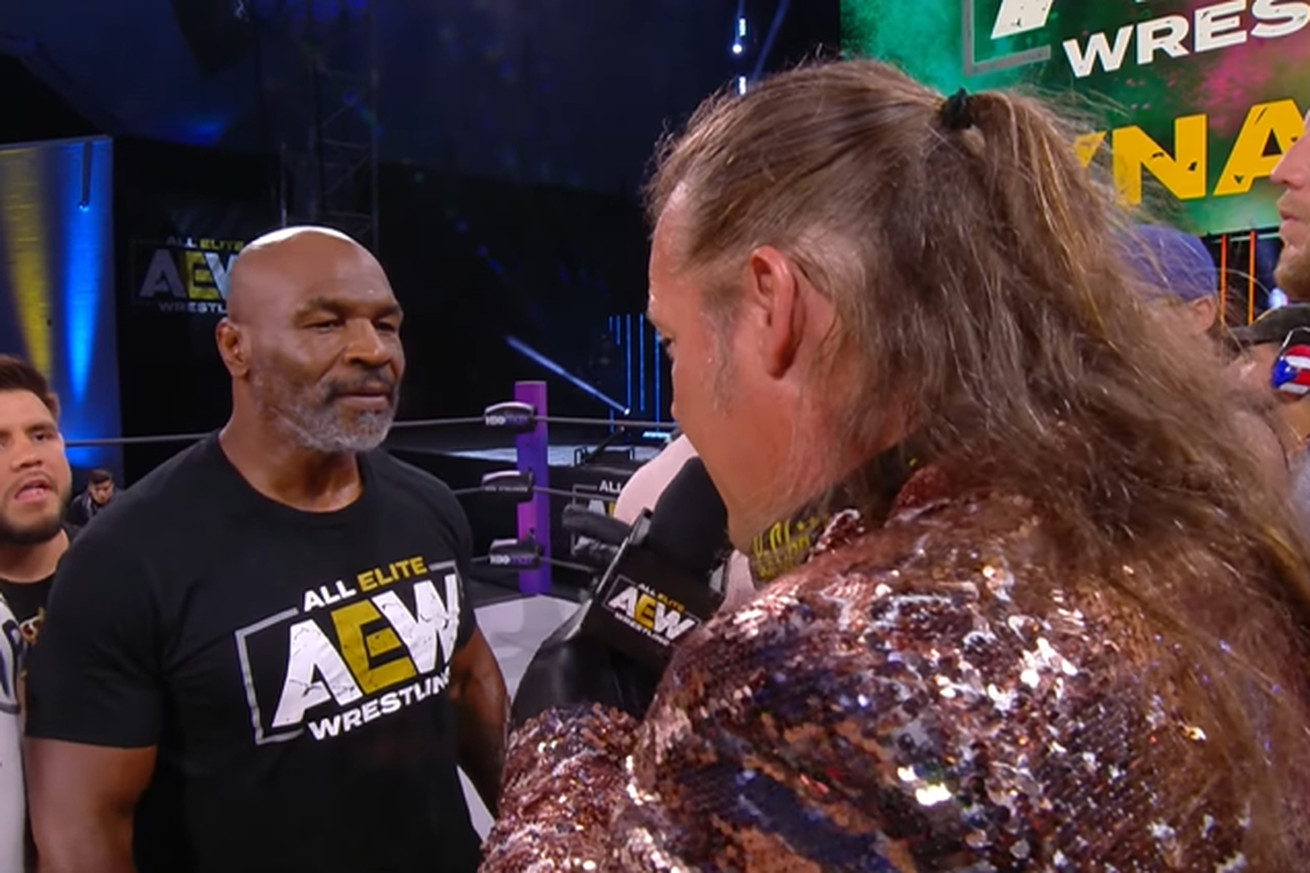 Boxing legend Mike Tyson was a part of AEW’s launch of their new TNT title at Double or Nothing, and stuck around for the fallout edition of Dynamite. On the latter show, he started what looked like the resumption of an old WWE angle with Chris Jericho. But Iron Mike hasn’t been back since, and booked himself a payday in the boxing ring in the interim (a planned bout with Roy Jones Jr. was announced for last month, then moved to November). It’s obviously something AEW hopes to get back to eventually.

In a Q & A session on his Oct. 3 Saturday Night Special stream, Jericho revealed AEW wanted to pay off the angle a lot sooner than “eventually” – namely at this past Labor Day weekend’s All Out. Tyson not being available led to the extension of the Demo God’s program with Orange Cassidy:

“Originally, I was supposed to work with Tyson at the September pay-per-view, All Out 2, and we just couldn’t get it done in time. So, the second match I had with Orange was originally going to be the Mimosa Mayhem but we moved it to the rubber match position.”

Still sounds like Tony Khan & company hope to return to the program between the two all-timers, and Mimosa Mayhem was a hoot.

Alls well that ends well for Jericho… until Tyson knocks him the **** out, that is.

Coach Taker could become a fixture at the PC