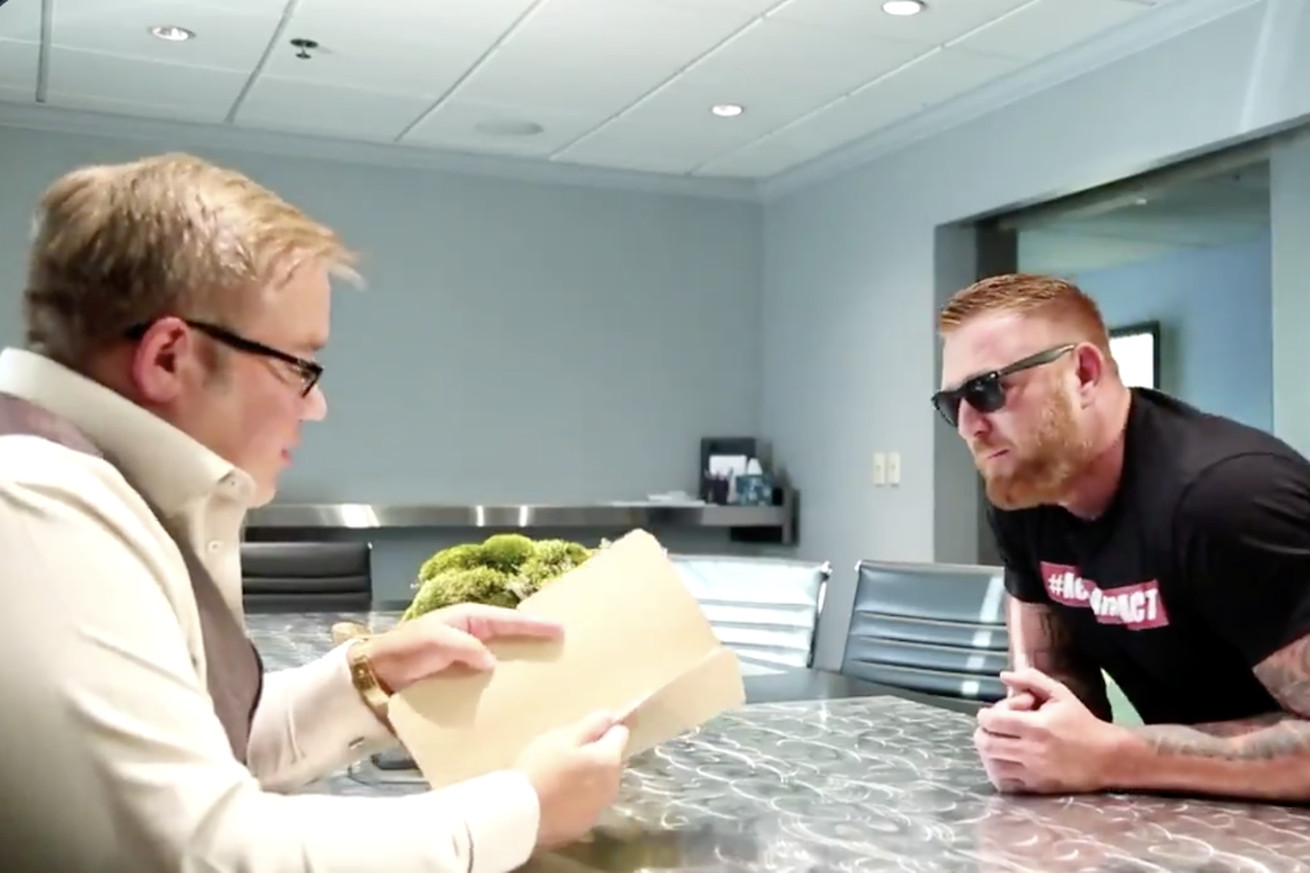 Heath appeared to be making ground toward finally getting a job. His persistence and creativity impressed EVP Scott D’Amore enough to set an official meeting. That meeting went down tonight during Impact Wrestling (Oct. 6, 2020).

The negotiations did not go well. To make matters worse, it was revealed that Heath turned down an offer from WWE on the advice of Rhino, and he is still without a contract from Impact.

The sitdown started out on a positive note of respect. It quickly fell apart at Heath’s monetary request. D’Amore felt there were too many zeroes. It seemed like he wanted to low ball Heath with the carrot of future earning potential. The negotiations then turned personal when D’Amore insulted Heath as a jobber and threw the paperwork into the air.

An excited Rhino was waiting for the big news. Heath gave him heat for the advice of turning down a new deal with WWE after a surprise match against Drew McIntyre to instead head over to Impact. Poor Rhino hung his head in shame.

This scene gave me two primary reactions. First, Scott D’Amore needs to be kicked in the nuts. He’s lucky Heath is such a nice guy. Throwing the contract in a tantrum and then telling Heath to clean it up would have garnered D’Amore five across the face from a nastier fellow. Second, the WWE detail at the end really built up the emotion in support of Heath. I don’t like him taking it out on Rhino, but it is easy to feel for the man. He has kids! It all adds fuel for a hopefully triumphant moment when Heath finally gets a new deal.

Honestly though, it is hard to know who is in the wrong about the contract value without knowing the digits being thrown around. Perhaps Heath’s offer was ridiculously high. With the way D’Amore was talking, it sounded like he was looking to sign Heath in a basement bargain for Impact.

Are you still hoping to see Heath sign with Impact in this story? Or should Heath shove it to Scott D’Amore by wrestling elsewhere?