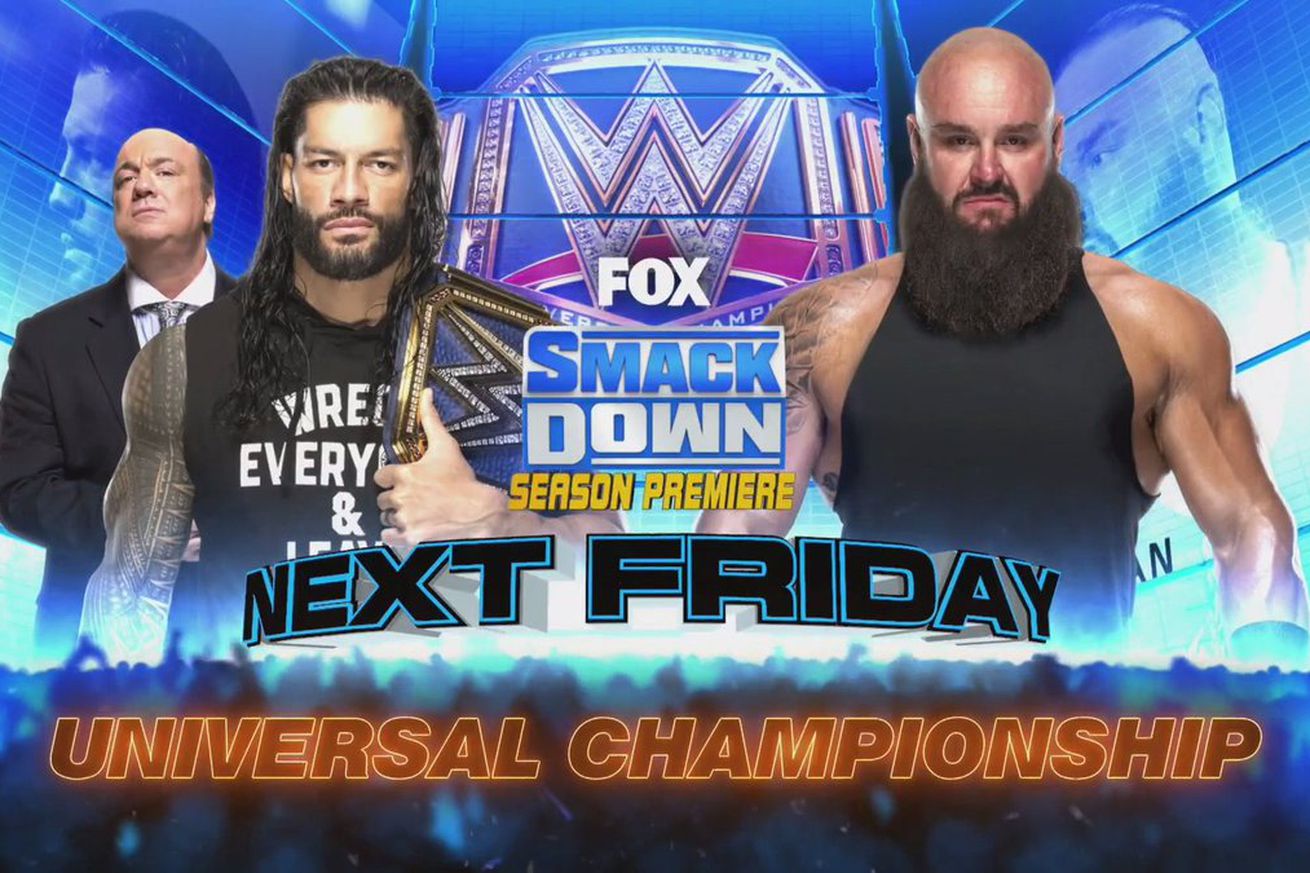 Next week, WWE and Fox will kick off the second year of their Friday night partnership. They’ve announced a couple marquee-worthy attractions to celebrate.

Fri., Oct. 16’s SmackDown will feature Roman Reigns defending the Universal title against his old nemesis Braun Strowman. The Tribal Chief pinned Braun at Payback to claim the blue belt, in a Triple Threat which also included The Fiend. Which would be a decent enough story if there was a snowball’s chance in hell of Strowman winning. But Reigns is already set for the first “I Quit” Hell in a Cell match with Jey Uso at this month’s PPV, and they’re not going to derail the champ’s feud with his cousin.

Plus, Braun could still be drafted to Raw on Monday – he’s listed in the pool of talent who can be selected for Oct. 12.

Speaking of the Draft, next Friday will also feature The New Day’s “Farewell to SmackDown”. New SmackDown Tag champs Kofi Kingston & Xavier Woods were drafted to Raw last night, while Big E was picked to stay on the blue brand. The iconic trio will team together one “final” time against Sheamus, Shinsuke Nakamura & Cesaro.

Next week on the season premiere of #SmackDown!

Beyond these matches, Fox announced earlier this week the Renee Paquette (née Young) will return for a 30 minute special pre-show for the season premiere of SmackDown.