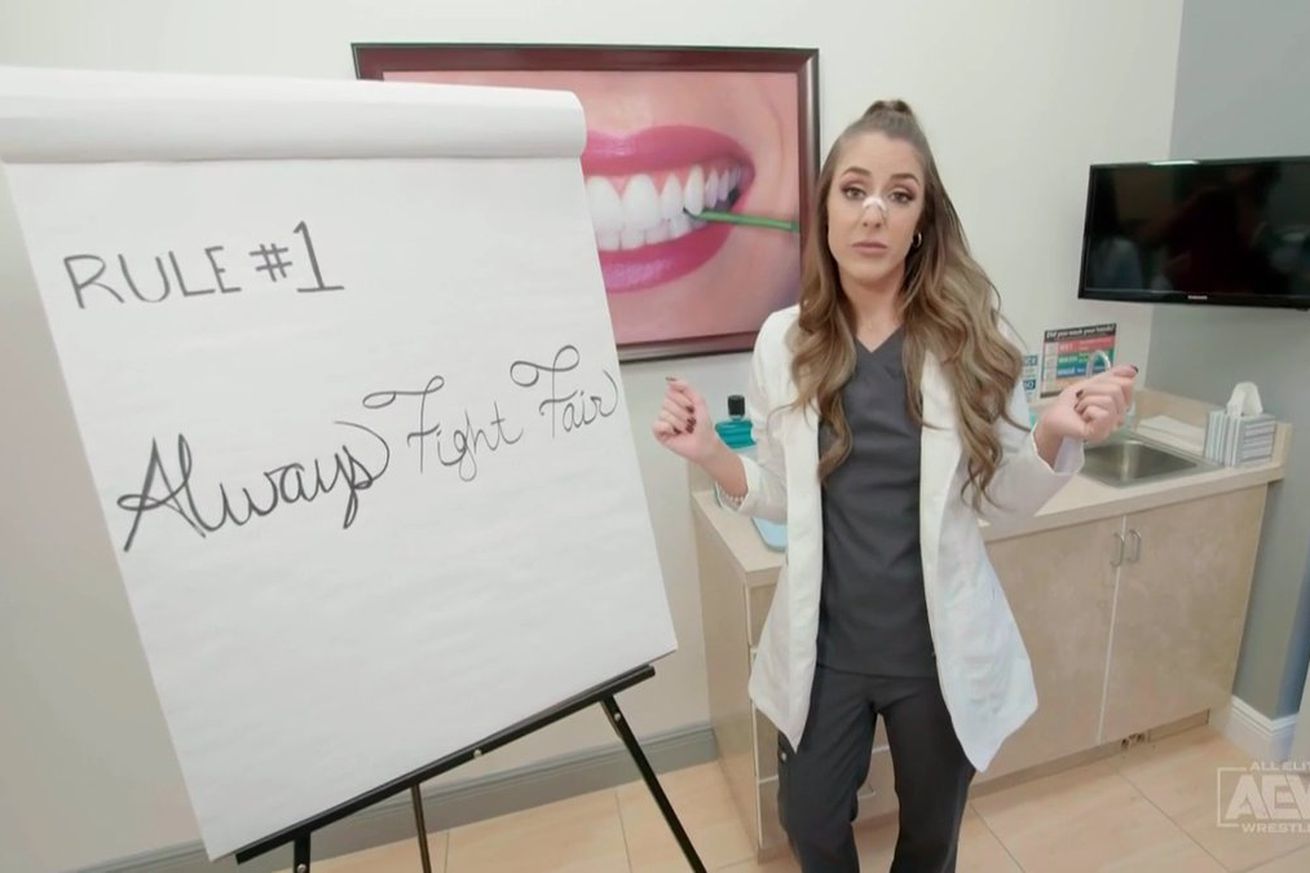 AEW’s women’s division has been hotly debated subject since the company’s inception. Everything from the roster to the booking to their general presentation has been picked apart by fans who’ve grown familiar with WWE’s “Women’s Evolution,” and were encouraged by promises from All Elite’s founders to level the playing field even more for women in the business.

But while the company has succeeded beyond almost everyone’s expectations, their efforts when it comes to women’s wrestling are frequently cited as a disappointment. Some matches have impressed, but few characters stand out and no feuds have climbed above the midcard.

As part of AEW’s one year anniversary press blitz, the woman who’s probably received the most screen time on Dynamite spoke to Uproxx about how the division is featured on Dynamite every week. Britt Baker pointed to two things holding back All Elite’s women – COVID and ratings.

“Yeah, I definitely think it’s something the company is working on. You know, and we got hit hard — our women’s division, because of the COVID outbreak. Half our roster is international talent, so we immediately didn’t have access to any of those women. Then Kris Statlander got hurt, and I got hurt. And there’s only so much time on AEW Dynamite to start with.

“And I know there are plans to grow the women’s division, but at the same time we need help from the fans at home too! We can’t have the women’s segments being the lowest rated or the lowest views each week. Because at the end of the day it’s a business, and AEW needs ratings. It’s no secret we’re in a war every Wednesday night with NXT, so we need the ratings up. So for the fans that are so encouraging and saying ‘We want more women, we want more women!’ that’s great, but please don’t turn the channel when the women are on TV then! We want everybody to be watching the segments and cheering us on from home.”

There’s no arguing the impact of the pandemic or injury. Those are bad beats, and there’s no escaping them.

Viewership is trickier. It’s not news that Tony Khan takes a very data-driven approach to booking. The numbers do show that women’s segments are among the least watched every week, and that audience growth among young women is happening for Dynamite with their current formula of giving 90 – 95% of the show to men’s wrestling every week.

But it’s a chicken-and-the-egg problem, or maybe an “if you build it, they will come” situation. Similar to how the WWE presented women during the Divas era, AEW’s current booking reinforces the idea that women’s wrestling is the least important thing on the show. Would the ratings climb if they spent time building characters and creating different kinds of conflicts between them?

If the argument remains “no one watches the five minutes we give them every week so we’re only going to give them five minutes,” there’s every reason to expect “no one” to continue to care.

We continue to hear there’s a new, different one hour weekly AEW show coming to TNT in the months ahead. Perhaps that will be where Khan & company take more risks, and can educate their audience on how entertaining women’s wrestling can be the way WWE did with the Four Horsewoman era of NXT.