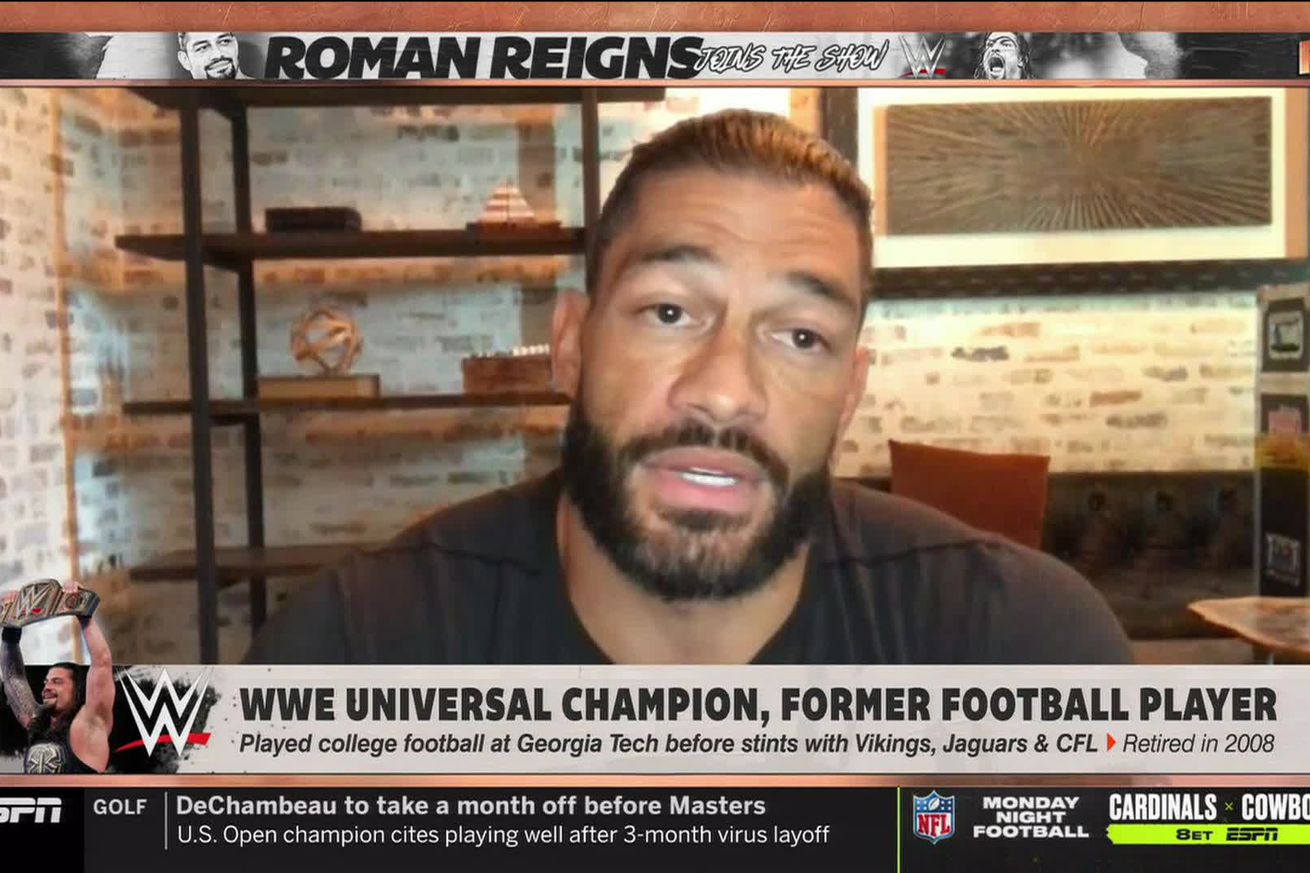 We’ve sung the praises of Roman Reigns’ post-hiatus character development, and his ability to work his newfound heel streak into otherwise shoot publicity interviews, plenty around these parts.

Are we about to do it again? Believe that.

The Tribal Chief was on ESPN’s First Take this morning to plug the season premiere of SmackDown this Friday (Oct. 16). At the tail end of the interview embedded above – which otherwise focused on his collegiate football career, love of the San Francisco 49ers, which NFL stars would make good WWE Superstars, and how a match with his cousin Dwayne would be “awesome” – Reigns dropped some verbal haymakers on the man he’s set to defend the Universal title against in two days:

“To be honest, I don’t think Braun Strowman deserves this opportunity to face me. I pinned him, I took the Universal championship, but because of the competitor I am and the top guy that I am – the face of the company, I’m going to hold my obligation and, you know, be accountable, be responsible for being at the very top of the business, and I’m going to show up on Friday, and I’m gonna whoop his ass.”

Technically, of course, Braun is getting the rematch he “deserves” from Payback. In reality, though, Roman’s right. Everyone is focused on the continuation of his story with Jey Uso at Hell in a Cell on Oct. 25. Whatever interest there is in this Strowman match is mostly about how it will be used to further the Samoan’s rivalry.

Am I mad about it though? Nah. Like the top guy that I am, I’m gonna hold my obligation and tell you about how Reigns whoops Braun’s ass on SmackDown.