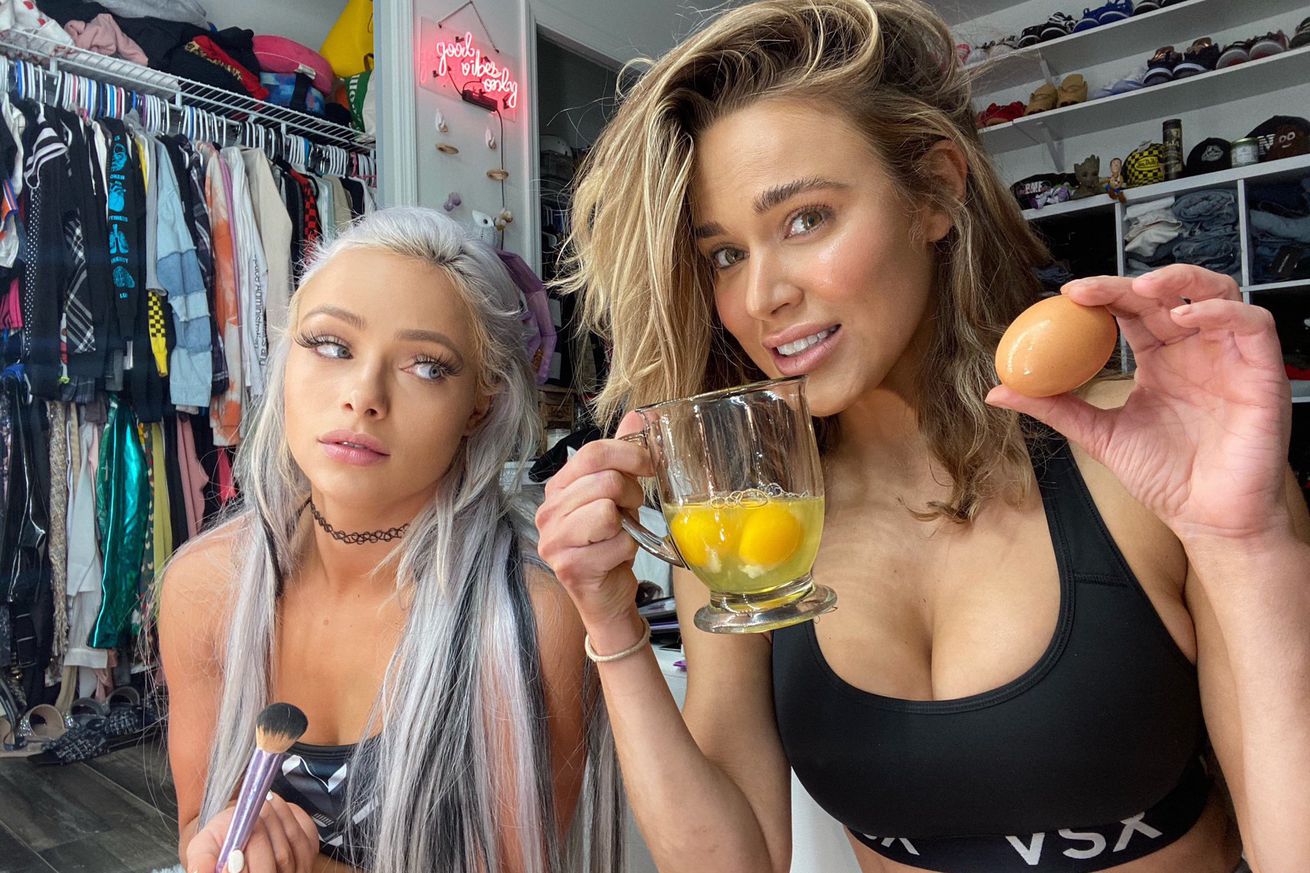 Earlier this week, Lana won a Battle Royal in the main event of Raw. That means she’s getting a women’s championship match against Asuka on next week’s (Oct. 19) episode.

Rocky was a jobber once as well! Long live the underdog #AMERICA

Meanwhile, Lana is taking this opportunity quite seriously. So seriously, in fact, that she’s now eating raw eggs as part of her preparation:

I ate #raw eggs today and then threw up twice in my mouth & swallowed it!!!!! #LanaCrush @WWEAsuka !!! #LanaNumber1 @WWE pic.twitter.com/rSuDNJjabI

Would this be enough to intimidate Asuka? Of course not.

Asuka is not only a champion in the ring, but she is also one of the very few people alive who can even keep Becky Lynch’s Twitter game at bay. The Empress of Tomorrow once again showed that when someone makes things weird on Twitter, she’s not afraid to make things even weirder:

I’m not really sure where all of this is going, or how many more raw eggs will be consumed in the build up to their match. But one thing I do know for sure is that Miro better apologize to his wife for calling her a jobber. What was that man thinking?

How many times will you throw up in your mouth while preparing for Asuka versus Lana next week on Raw?