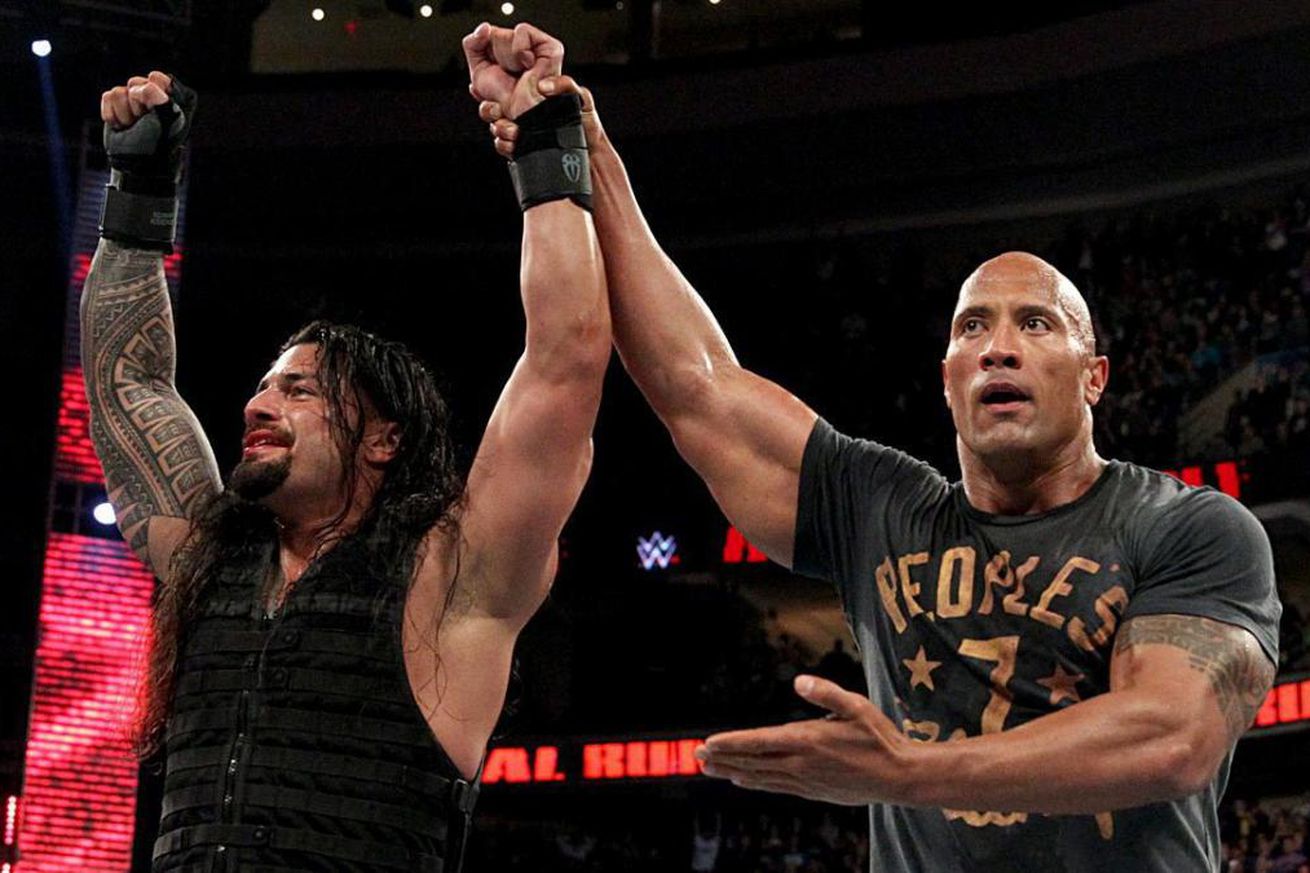 The Rock knows that a fight against Roman Reigns is the big money match at WrestleMania.

Paul Heyman hears Dwayne Johnson dropping Roman Reigns’ name, and he knows exactly why that’s happening. When he was interviewed by ESPN’s Ariel Helwani, Heyman was asked if the current story of family tension between Roman Reigns and Jey Uso is leading to a match against The Rock at WrestleMania. Here is Heyman’s response:

Heyman is truly wonderful at what he does. He somehow starts his answer with a “realistic” examination of the facts, and somehow ends up with the conclusion that The Rock is desperate for the celebrity rub from Roman Reigns. Bravo, sir.

Like everyone else, Heyman is trying his best to adjust to performing in front of no live fans, and it’s strange as hell. Here’s his explanation of how different things are now:

“Totally different. Because I never walked out to the ring with a script in mind. And the interaction with the audience is the greatest high I’ve ever experienced. It’s better than… well I can’t say it’s better than sex for me, but it’s better than sex for most people, or at least most people’s version of sex. The interaction with the audience [is] just something to live for. And there is none of that now, so it’s a different way of doing business. Do I still love doing it? Absolutely. Is it completely different for me? Absolutely. Do I miss the crowd? Absolutely. But I have a job to do. I have a message to deliver. And like everybody else in 2020, either you adapt or you fall behind.”

Paul Heyman somehow found a way to answer this question while bragging about his sexual prowess. Excuse me, I need to throw up in my mouth four times.

Of course it wouldn’t be a Paul Heyman interview without a question about former UFC star CM Punk. Will we ever see Punk back inside a WWE ring?

“I don’t know. That’s certainly up to CM Punk, or Vince McMahon, or both. I don’t know. On that one, I really have absolutely no clue.”

I think that’s the most genuine thing Paul said in this entire interview.

Do you think plans are already in place for The Rock vs. Roman Reigns at WrestleMania, or is Phil Dwayne retired from the ring for good?