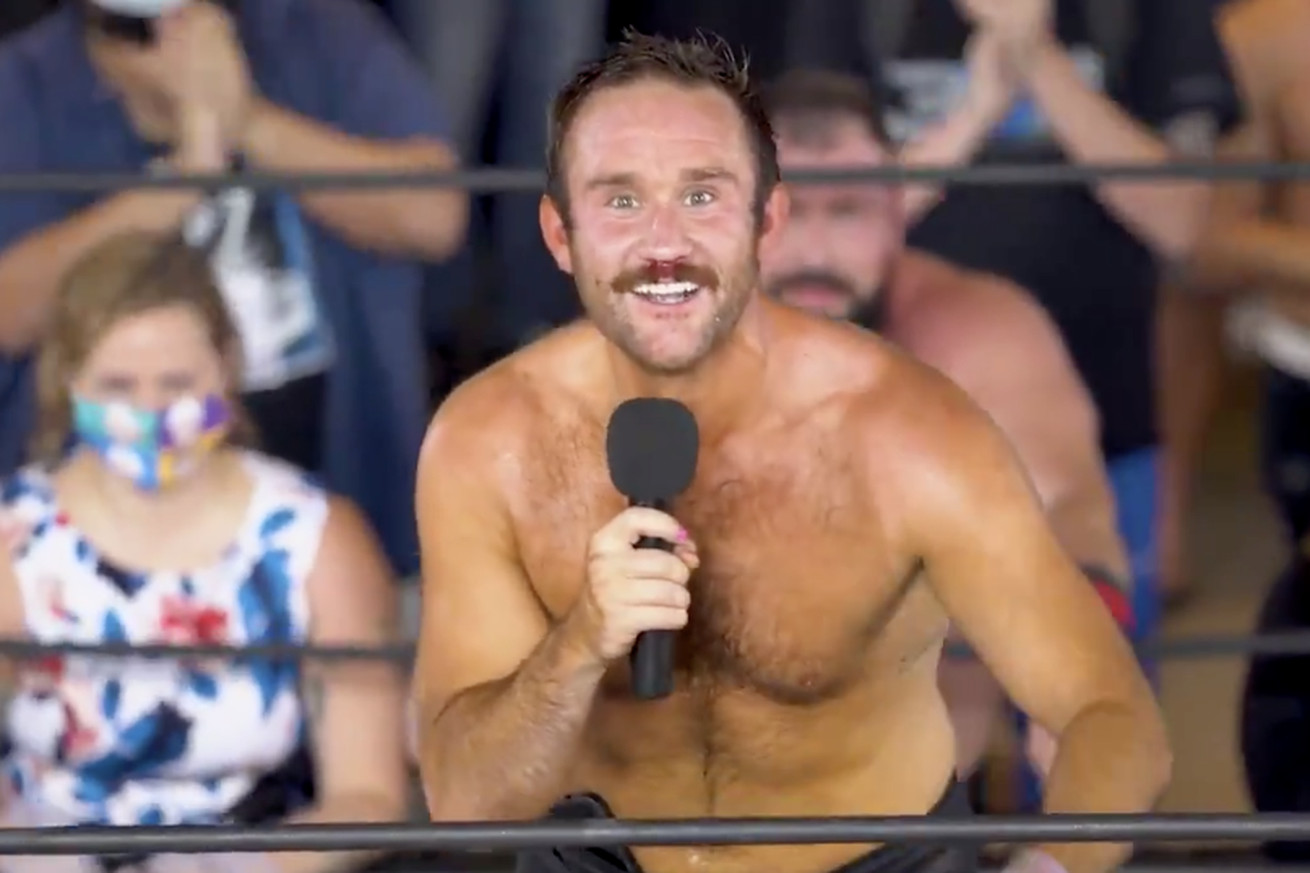 GCW was originally scheduled to run their second annual collection of independent wrestling cards in Tampa the week of WrestleMania 36, but pandemic lockdowns obviously prevented that. The event, dubbed The Collective, was set to include some of the most well known indie companies and brands in a 12 show line-up featuring the biggest names outside of WWE from all over the world. Losing those dates was a prime example of how devastating the coronavirus would be for pro wrestling.

So, with what they believed were adequate COVID-19 precautions in place, GCW moved the the event to Indianapolis and ran a scaled down version of it last weekend (Oct. 9 – 11). Unfortunately, despite social distancing measures and a mask requirement, it’s starting to look like the precautions weren’t enough.

This afternoon I learned of a positive Covid-19 test from someone that a great deal of our roster was around this past weekend. Due to that we will be doing the responsible thing and be postponing Fridays event. We also unfortunately will be ending the Spirit of Spaulding

Then Post Wrestling reported that Ring of Honor decided not to use any performers who worked The Collective on their television tapings this week. Wrestling Observer confirmed the story, and added that ROH was forced re-write shows after talent was sent home. One of those was apparently Danhausen, who tweeted that he was leaving the Baltimore tapings out of “an abundance of precaution” despite a negative test. The Sinclair Broadcasting-owned company has been running their empty arena shows under strict safety protocols in conjunction with the Maryland State Athletic Commission.

Most recently, GCW issued a statement late yesterday afternoon which indicates fans have tested positive, and encouraging everyone who attended to get checked out themselves:

Thank you to all the fans that attended #TheCollective in Indianapolis! On behalf of the 8 participating promotions, we thank you for your energy and enthusiasm at a time when we all needed this feeling of normalcy.

Not only did you attend but you followed guidelines and were respectful and mindful of the safety of not just yourselves, but also of those around you and for that we are grateful.

With that being said, over the last 24+ hours, we have learned of a handful of positive COVID tests from those who attended The Collective. We have been in contact with some of them and will continue to be and offer our support as they navigate through the coming days and weeks.

We encourage everyone who attended the events in any capacity to get a test as soon as possible and notify those they may have interacted with of their situation.

Sadly, it’s not surprising this is where we are given the decision to run an indoor venue – even a small one at limited capacity (GCW used 25% of the 2000 seats in The Coliseum at The Marion County Fairgrounds). That’s without even getting into the issue of pre-event testing, which appears to have been the responsibility of the wrestlers themselves.

Further compounding the potential problem is the fact ROH was not the only company whose regulars worked The Collective. AEW and Impact also had stars in Indy last weekend; the former’s World champ Jon Moxley worked Bloodsport last Sunday and Dynamite three days later. All Elite does have a stringent testing policy, and 48 – 72 hours after exposure should be enough time to greatly reduce the risk of a false negative on a PCR test. But if the pandemic has taught us anything, it’s that we don’t know everything.

Here’s hoping the spread from The Collective is minimal, and that those it touches are able to make a full recovery.