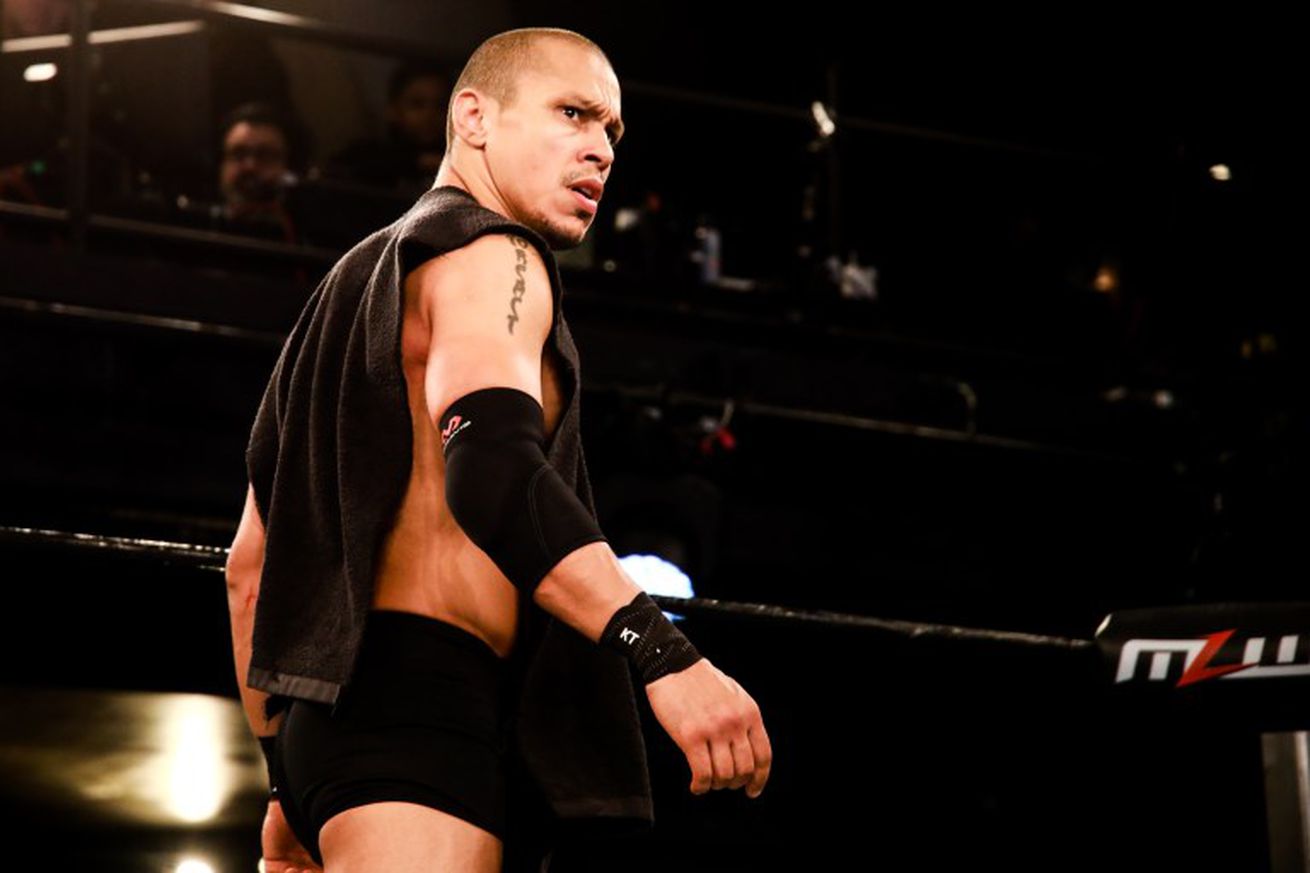 Let’s catch up on the week’s news in MLW and preview the latest episode of MLW Underground. Low Ki’s medical suspension for “brain damage” has been overturned, MLW signed two talents aboard for The Restart, and Gino Medina is out of the Dynasty.

MLW storylines are advancing in the latest episode of Pulp Fusion. Richard Holliday’s face was revealed, Alexander Hammerstone is forming a crew to take down Contra, and Myron Reed has a new nickname for Brian Pillman Jr.

Before we get to the video, there is one story to address for context. It was announced earlier in the week that Low Ki’s medical suspension was overturned by state athletic commissions. The whole ordeal was put into motion by King Mo’s coach, Dan Lambert, with claims of brain damage affecting Low Ki’s behavior. Low Ki is back in the saddle training at Gleason’s Gym in Brooklyn.

The format of Pulp Fusion is a quick cut montage of promos intermixed with each other. Let’s break it down.

Leave it to the Dynasty to bring the chuckles. Holliday’s horrific face/skin turned out to be a minor scratch. I do feel a little bad for the guy, since the name on his Starbucks coffee cup is probably Scarface. With Hammerstone, his own special blend of coffee has made his arms so large that he had to tear off the sleeves of his lumberjack shirt. Seriously though, I love the idea of recruiting others to assist in fighting Contra to make The Restart happen. I could watch a Pulp Fusion spin-off based on that idea alone.

Reed is great at making me believe his promos. I’m mixed on who to root for when Reed wrestles Pillman. On one hand, I’d like to see Reed win clean and truly become great in MLW. On the other hand, Pillman deserves revenge after all those shady attacks from Injustice.

Before the coronavirus pandemic scrambled plans, one fight I wasn’t all that interested in seeing was the rematch between King Mo and Low Ki. After the past few weeks of promos, they sold me. I eagerly await to watch those two tear each other apart.

MLW’s weekly program (Fusion, Anthology, and Underground) streams on fubo Sports Network Wednesday nights at 7 pm ET and 10 pm ET, airs on beIN SPORTS Saturday nights at 10 pm ET, and is posted on YouTube Saturdays at 6:05 pm ET. You can also check out MLW streaming on DAZN. In addition, MLW is broadcast in over 20 countries.

MLW revealed two new signings for The Restart. The first is a heavyweight hoss addition.

Thrilled to see the one man demolition machine @Parrow_ coming home to @MLW for #TheRestart. A certified hoss for the heavyweight division. pic.twitter.com/iRDeNA58Y0

Parrow measures in at 6’4” and 300 pounds. With a nickname like, “One Man Demolition Machine,” he seems the kind of man needed by Alexander Hammerstone’s side to confront Contra. Parrow previously competed with MLW as part of Colonel Parker’s Stud Stable, so this will be his return to the promotion.

The second man on board is Bu Ku Dao. On the complete opposite spectrum of Parrow, Dao measures in at 5’ and 152 pounds. If Hammerstone’s plans require someone crawling through air vents, then it seems like Dao is the man to call. Dao has a background in Sanshou fighter and kickboxing. His style utilizes aerial blitzes and speedy striking combos. Check out the interview with DAZN about how his parents disapprove of his profession, being attracted to the art form of professional wrestling, having his NXT contract rescinded, and his excitement to join MLW.

In other roster news, Gino Medina has officially parted ways with the Dynasty. Medina says he left on his own accord, while the Dynasty claims they sent him packing.

Not dynasty bro. @MostMarketable WTF is going on man?

Fake news that he walked away, I kicked him out.

Hammerstone played it as losing dead weight off his coattails, but then he went and got himself an emo haircut. Could the two events be connected? It does like look Hammer was shedding tears before this photo.

Despite the Dynasty drama, Richard Holliday found time to enjoy himself walking the streets of Brooklyn. I wouldn’t be surprised if Alicia Atout photobombed that Dumbo sign in reference to Holliday.

We’ll close with new merch in anticipation of the fight between Myron Reed and Brian Pillman Jr. Reed has a Hot Fiyah shirt, while Pillman has a mask with his specialized logo.

How do you rate MLW’s two new signings? What do you think is the ceiling for Gino Medina in MLW? Are you excited for Low Ki versus King Mo?

Roman Reigns is Must See TV