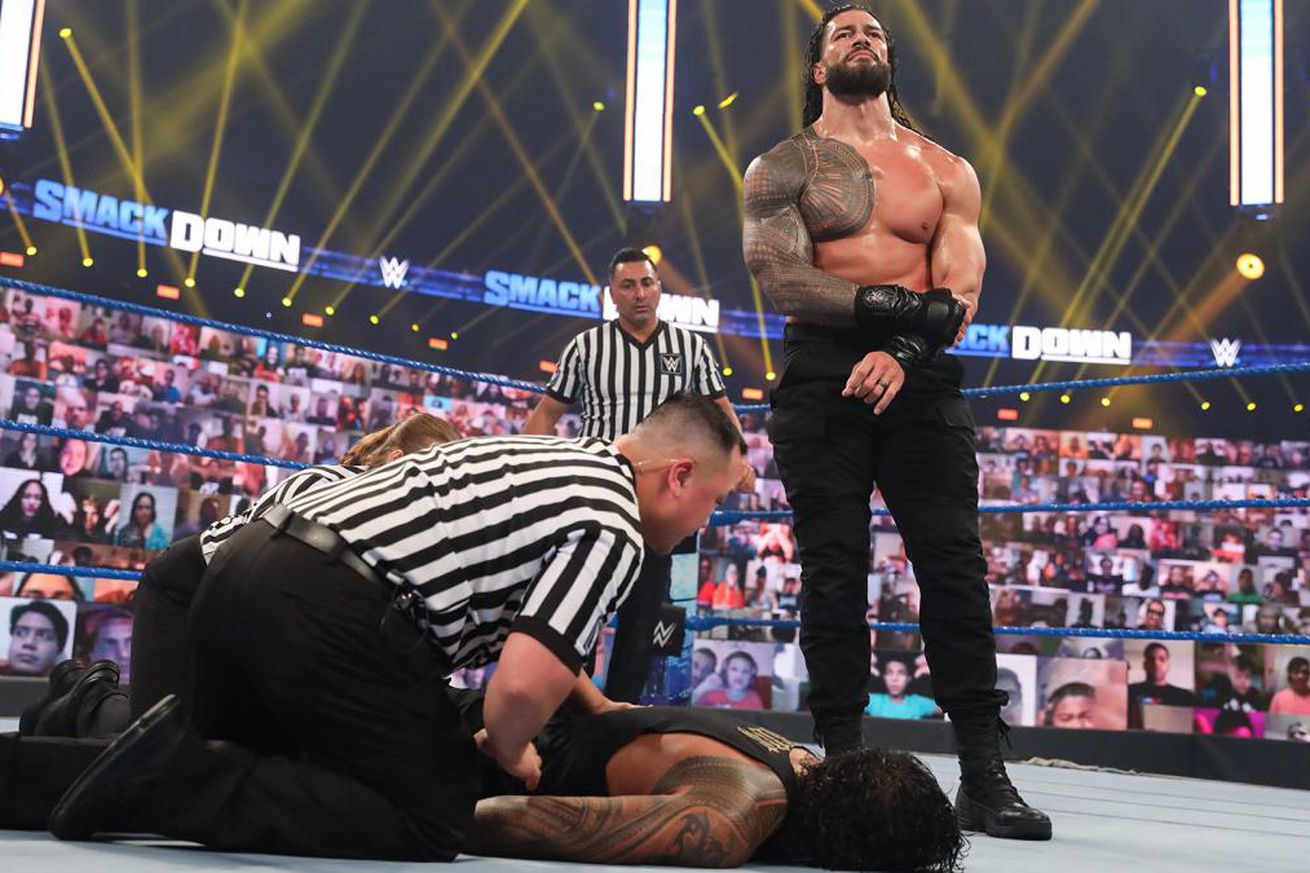 Last week, the Draft helped keep SmackDown’s numbers improving against some stiff competition. On Fri., Oct. 16, there was no basketball a few channels over. and WWE & Fox were promoting some big names for before/during the blue brand’s season premiere broadcast.

Unfortunately, a Roman Reigns Universal title match and the allure of names like Stone Cold Steve Austin & Goldberg being around-but-not-featured on the show wasn’t the right formula – even with live sports only being an option on cable.

Viewers fell back under two million for the first time in month. The two hour average dropped to 1.88 million, down almost 10% from last week’s overnight number. Ratings were also down across the board, but they were good enough for second among broadcast shows (to ABC’s Shark Tank) in the 18 – 49 year old demo on the night.

Here are the fast nationals:

And we’ve updated our running tracker of overnight numbers for the new season, but you can access the tab of year one numbers here (all data still via Showbuzz Daily). If you do click over to those numbers, you’ll see that last night’s audience was about half of the Fox premiere’s on Oct. 4, 2019. Yeeesh.

Next week, SmackDown is not only competing against live sports – the World Series is bumping it to cable. We’ll see how they bounce back on Oct. 30.

For complete results and the live blog for SmackDown this week click here. To read a complete recap & review of all the night’s events click here. For a full playlist of the show click here.

Coach Taker could become a fixture at the PC