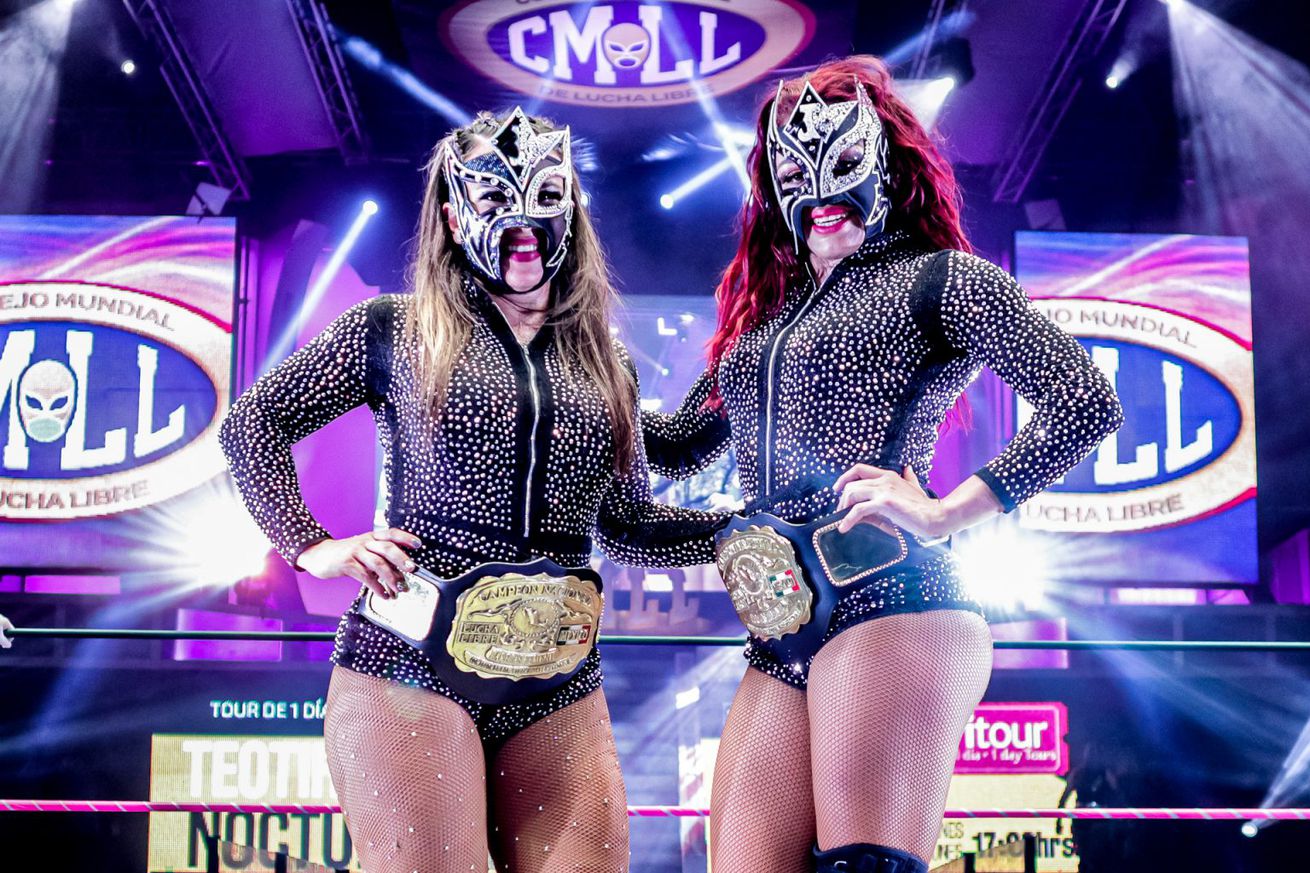 Welcome to the CMLL Roundup. New women’s tag champs were crowned, tensions boiled over for infighting between long-time Trios champs, and Volador Jr. hit a Mexican Destroyer so great that his opponent’s mask flew off and unfairly cost Volador the match.

The duo prevailed over Amapola and Metalica in the finale of the tournament to win the vacant titles. Amapola and Metalica took the first fall with a double submission. The eventual champs rebounded to earn the second fall with a double submission as well. Jarochita and Lluvia overcame in the end with a running dropkick and a running big boot for the double pin victory. The highlights are pretty interesting once they get past all the arm drags.

In the semi-main, a long-time friendship may have combusted. Los Guerreros Laguneros went down in defeat to the Nueva Generacion Dinamita, but the bigger story was Euphoria and Ultimo Guerrero exchanging chops on the floor as teammates.

After the match, Euphoria explained that he is frustrated about Ultimo Guerrero’s carelessness to get COVID and cancel their Trios title defense on the Anniversary show last month. Euphoria wanted a shot at Ultimo Guerrero’s World Heavyweight Championship. Challenge accepted. Credit to Luchablog for filling in the details.

It will be interesting to see how this new feud unfolds. I recall Euphoria and Ultimo Guerrero having a little beef last year on opposing squads, but the two chalked it up to the heat of competition. Los Guerreros Lagunero are currently the World Trios champs, along with Gran Guerrero. Either this is a mini feud for the heavyweight title and they remain friends, or it extends beyond to costing them the Trios titles and perhaps leading to mask versus hair down the line.

The main event from Friday culminated with an amusing finish. Volador Jr. was unfairly disqualified when the velocity of his Mexican Destroyer was so fierce that Caristico’s mask flew off. The referee saw the mask on the mat and called for the bell. The result was Caristico and Mistico defeating Volador and Titan.

The original main event was supposed to be Bandido challenging Volador for the NWA World Historic Welterweight Championship. Earlier in the week, Bandido requested special permission to postpone the bout. He wasn’t feeling 100% after COVID recovery. Bandido had returned to the ring in tag action last week. He later assessed that his performance suffered due to insufficient cardio. Bandido believes his lungs are not yet back to peak levels to put on a main event performance for the title match.

Are you excited for the prospects of a feud between Euphoria and Ultimo Guerrero?