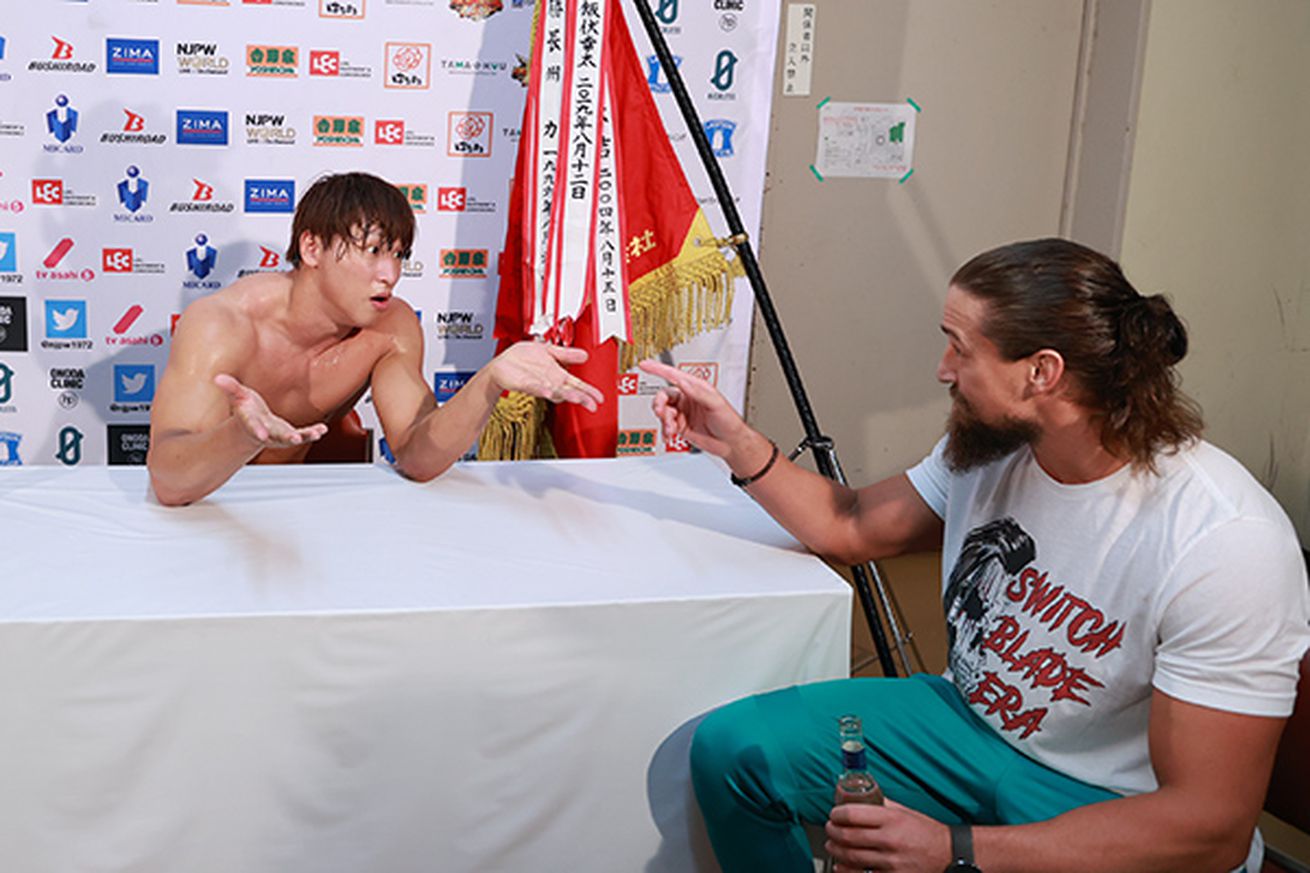 When the card was announced for today’s NJPW G1 Climax 30 Finals (for full results check here) last night, it felt like a pretty routine set of tag matches to fill time before the main event, but I forgot to account for one thing— this year’s G1 Climax tour hasn’t had any undercard tags to build direction going forward, so the Finals card had plenty of work to do to point the way to what happens next.

And point the way it does, because Finals night built a bevy of matches for next month’s Power Struggle!

Let’s start at the top.

After a grueling epic 30+ minute war befitting the finals of the G1 Climax in which Kota Ibushi struggled through SANADA working his leg to win the match, the tournament, and the right to challenge Tetsuya Naito for the IWGP Heavyweight Championship at Wrestle Kingdom 15 in January, Ibushi reiterated the ultimate goal that he has for himself— to become god.

The thing is, with two consecutive G1 Climax victories (a distinction he shares with just two men, Masahiro Chono and Hiroyoshi Tenzan) under his belt? He just might do it.

But he’s not there yet, as the G1 Climax winner always faces a speed bump on the way to Wrestle Kingdom in the form of a challenger for his winner’s briefcase, and Kota got his in the immediate aftermath of the post-show interviews. “Switchblade” Jay White rolled up and said he intends to challenge for the briefcase and take it from him, a challenge Ibushi accepted.

So that’s one match for our next show, let’s see what else we have.

After the Bullet Club team of EVIL and Yujiro Takahashi defeated a Los Ingobernables de Japon squad of Tetsuya Naito and BUSHI, the Biz Cliz attacked, laying Naito out with EVIL and the King of Darkness posing over the Stardust Genius with both of his title belts.

That’s two. Do we have more? You bet!

A tag match early in the night pitting Los Ingobernables de Japon members Hiromu Takahashi and Shingo Takagi against Suzuki-gun leader Minoru Suzuki and junior vet Yoshinobu Kanemaru was particularly eventful for our future direction. Shingo and Suzuki have been at each others’ throats for a long minute now, fighting over the NEVER Openweight Championship, and a post-match brawl tells us that that ain’t over yet.

Plus, Hiromu laid claim to the IWGP Junior Heavyweight Tag Team Championship that Kanemaru holds, indicating that he and BUSHI are coming after those titles soon.

That’s five, and five matches is most of a card, folks!

Toss in a couple undercard tag matches (if I was a betting woman I’d put money down on another tag match built around the nascent feud between Will Ospreay and Kazuchika Okada, for one) and we’ll be golden for Power Struggle on Nov. 7.

All that, plus Wrestle Kingdom 15 has been officially confirmed to be a two night event once again!

There you have it, folks

Are you ready to see Kota Ibushi ascend to the heavens, Cagesiders?