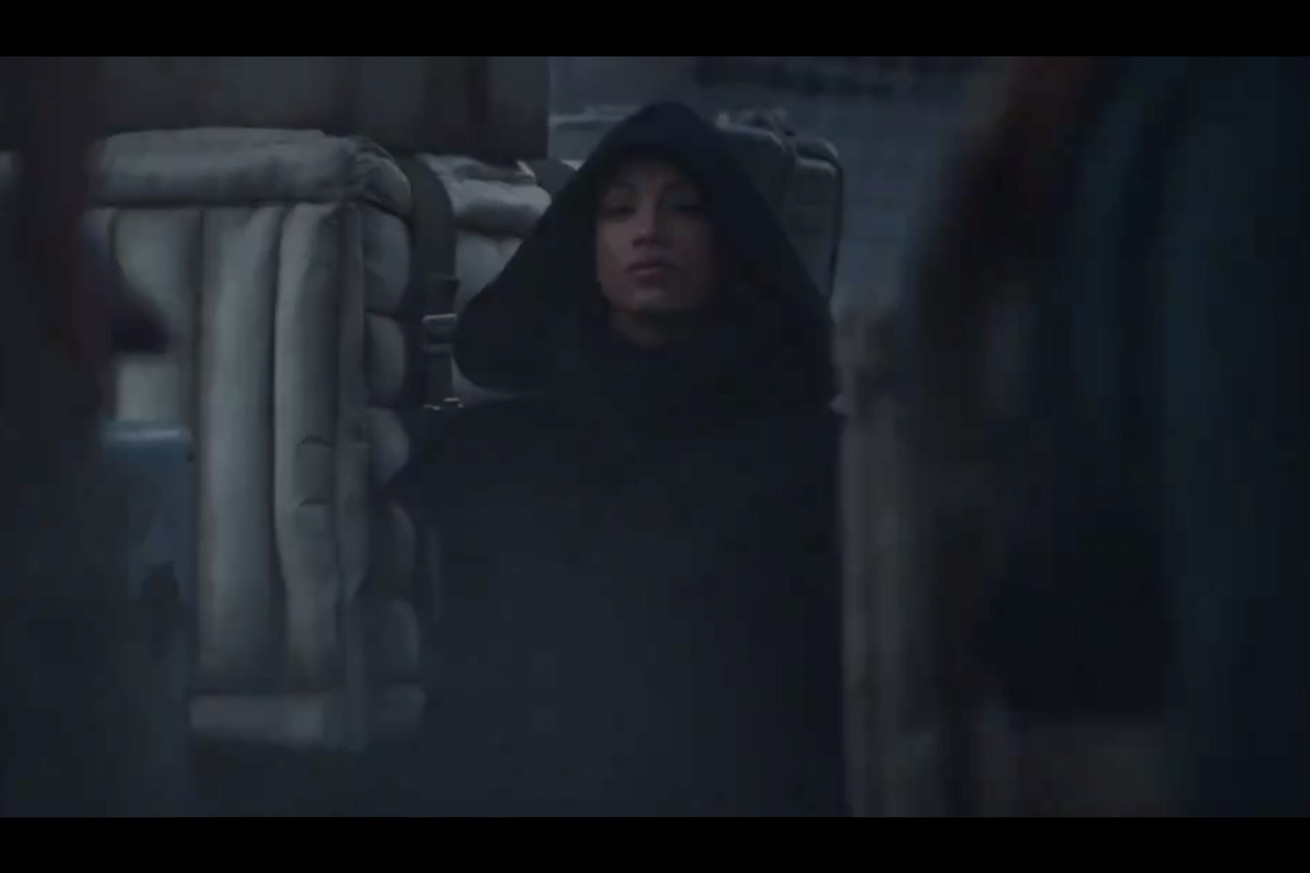 Bad news is that while it’s cool, it’s not a very revealing thing. But there’s good news, too.

Sasha Banks joined her boys The New Day on the latest episode of their Feel The Power pod, where Kofi, Woods & E are still together every Monday. During the chat between old friends, The Boss talked ever so briefly about The Mandalorian season two.

We don’t know much about Banks’ role on the hit Disney+ series set in the world(s) of Star Wars yet, and she clearly isn’t allowed to say much, either. So at least until we see the preview footage for the Oct. 30 debuting episodes that’s set to air during Monday Night Football on ESPN tonight (Oct. 19), we’re gonna have to keep guessing about Sasha’s hooded character who was lurking in the shadows during the first trailer.

Here’s what we did learn on Feel The Power though. I wrote “one thing” in the headline, but it’s really two. The first is that getting a chance to play in the Star Wars sandbox means a freaking lot to Banks, who was moved to tears while discussing the opportunity.

“It still has not hit me… it’s frikkin’ Star Wars. It’s insane. And there’s not much I can talk about it yet, but all I can say is like I’m in it, and I can’t believe it and I’m just so thankful.

“And I’m so excited and I can’t wait for everybody to see it. I think people are just gonna be like ‘what the hell?’ and I’m gonna be like, ‘I know! Oh my god!’ It’s gonna be such – season two’s gonna be so incredible. I’m just so excited, I just can’t believe it. It just doesn’t feel real.”

“Sarath [Ton, Banks’ husband], who just knows everything that’s cool in the world, and he just got that [an appearance on Hot Ones] for me. And if I can give a little something cool, that’s how I got noticed for Star Wars. Isn’t that cool? That’s a little secret.”

So it wasn’t weekly appearances on the longest lasting episodic blah-blah-blah, but eating wings with Sean Evans on YouTube. Got it. I imagine Vince is gonna be thrilled to hear that.

When E asks if she’s seen the show yet, Sasha responds, “you mean my episodes?” Sounds like, at least within season two, The Boss is a recurring character BAY-BEE!

Now that is the way.

Listen to the whole pod here.