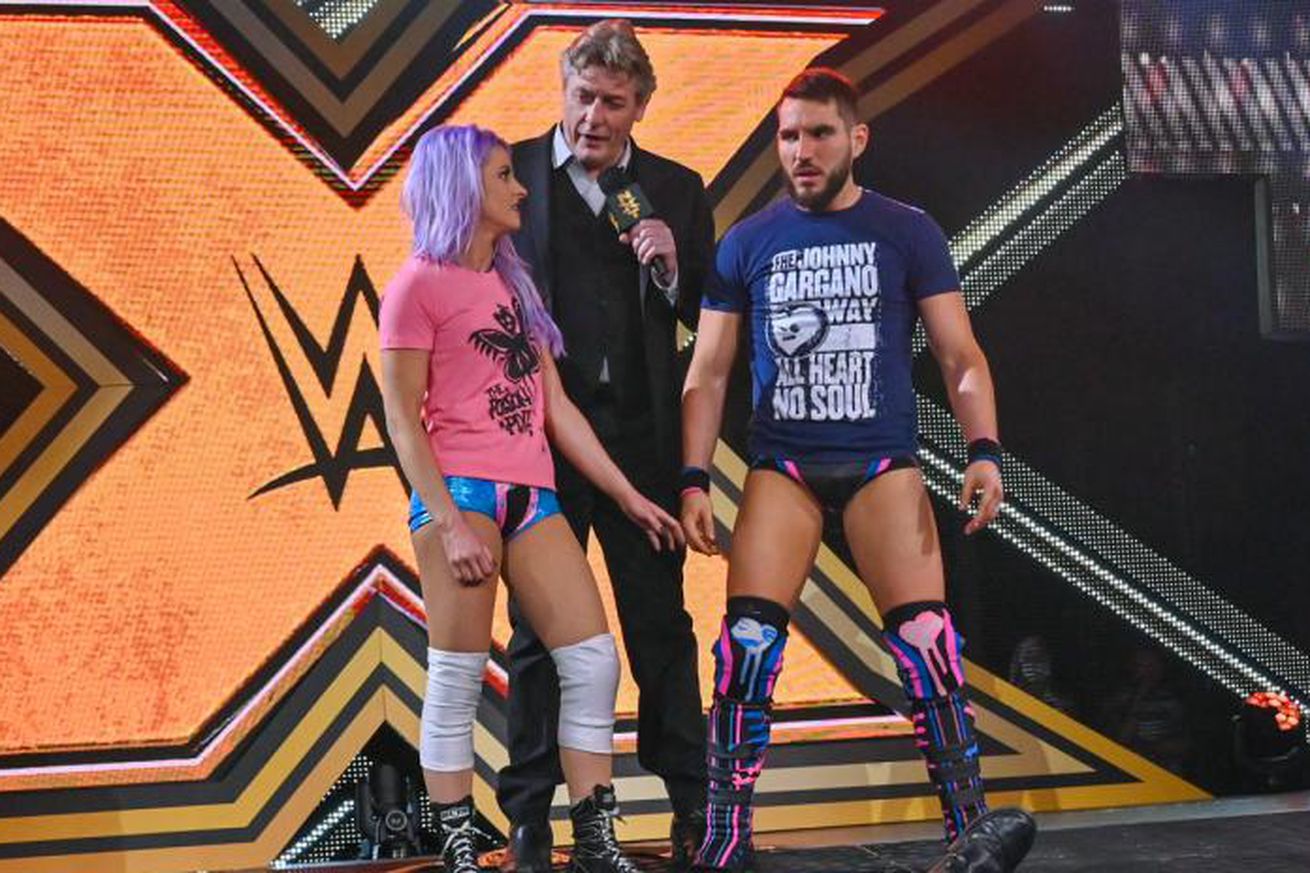 NXT returns tonight (Oct. 21) from the Capitol Wrestling Center in Orlando, Florida. This is the last show prior to next week’s Halloween Havoc special.

1) Can they add some spice to Halloween Havoc?

It’s exciting to have a Halloween Havoc special next week. It has the nostalgia of being named after a fan favorite WCW pay-per-view back in the day. (I still think back at the DDP vs. Goldberg main event that my friends and I were so engrossed in back in 1998.) Hopefully, they’ll do up the set with some huge pumpkins to really get that old school vibe. They have two “Spin the Wheel, Make the Deal” matches, bringing back an old stipulation.

But while the idea of Halloween Havoc is exciting, the card overall really isn’t right now.

Two of the three matches booked are rematches from TakeOver 31 just a couple weeks ago: Candice LeRae vs. Io Shirai and Johnny Gargano vs. Damian Priest. Both are title matches and both have the Wheel stipulation. While both matches should be good, there’s little excitement behind them, especially given the likelihood of a different outcome from the first time is very low. The random stipulations should help a bit, but not enough to make it feel like we really need to see these matches so soon after they just happened.

Because of that, NXT will need to add a couple more matches to the card that have some spice. They already have Rhea Ripley vs. Raquel González and they’ve done a very good job building it. That is a match that has some freshness that the other two don’t. Right now, it’s the only match I’m really looking forward to.

They will probably add in Dexter Lumis vs. Cameron Grimes given their issues with each other the last few weeks. And really, can you have a Halloween Havoc without a character like Dexter Lumis? That creepy bastard belongs on this show.

A match to help crown a #1 contender to the NXT title would add some excitement. The title itself won’t be represented given Finn Bálor’s jaw injury, but they could feature a match with title implications. Speaking of…

2) Is Kyle still in the title picture?

Kyle O’Reilly revealed that he would be cleared and ready to go this week. So what does that mean for Kool Kyle?

With the title scene pretty slim, it would make sense to put him back into the NXT championship picture. Because outside him, there’s only Tommaso Ciampa and Kushida. Perhaps he can be in a #1 contenders match at Halloween Havoc against the winner of tonight’s triple threat match.

They did a great job elevating O’Reilly to the main event in a short period of time. They ought to keep him there.

3) How close is Kross to returning?

When Karrion Kross had to relinquish his title due to a shoulder injury, the assumption was he’d be out for awhile.

NXT never gave any update outside “shoulder injury” and “needs to relinquish the title.” However thoughts drifted to another man who won a title one night and relinquished it the next due to a shoulder injury – current NXT champion Finn Bálor. Finn missed seven months of action due to his shoulder injury sustained when winning the Universal championship. We’re approaching two months for Kross, and he’s already putting up workout videos.

Of course, we don’t know if Kross had an injury akin to Bálor’s torn rotator cuff. Maybe this was an injury he could rehab instead of needing to undergo surgery.

We’ll find out soon if Kross is going to be back sooner than later to face Finn to reclaim his title. (Or to fight for the title Finn has to vacate for his own injuries.)

4) Did Adam Cole really get attacked?

The last week in the preview, commenter Funset Slip passed on a good theory on the mysterious Adam Cole attack – that Cole was never really attacked. Instead, he’s behind it all.

The idea is he faked it all to get attention on himself and away from Kyle O’Reilly’s big moment, all the while luring O’Reilly into a false sense of security. Instead of actually being hurt, the Panama City Playboy is just waiting for the perfect moment to strike. Because Cole was never really happy for Kyle. Adam is a selfish man who saw his own influence, his own power, slipping away.

This could lead to a Kyle vs. Adam feud, a program that Ring of Honor built their title scene around for months. The men have chemistry, and it would be a shame if they didn’t work some program together.

5) Will we ever see Malcolm Bivens again?

It’s been awhile since we’ve seen manager extraordinaire Malcolm Bivens in NXT. Fans of his from the indies and Evolve had to wait a while to see him on TV after he signed with the company. In fact, he was under contract for an entire year before he appeared on television, managing the tag team Indus Scher.

Unfortunately, one of the members of the team, Saurav Gurjar, had a moment of real stupidity when he posted the taped finish to the Great American Bash main event on his Instagram before the show aired. Whoops.

This type of misstep is bound to get you in some really hot water and the tag team has not been seen on TV since. So once again, we have to wait until we get to see the charismatic Bivens on TV.

We’ll see if we get any answers to these questions tonight at 8 PM ET on USA Network.