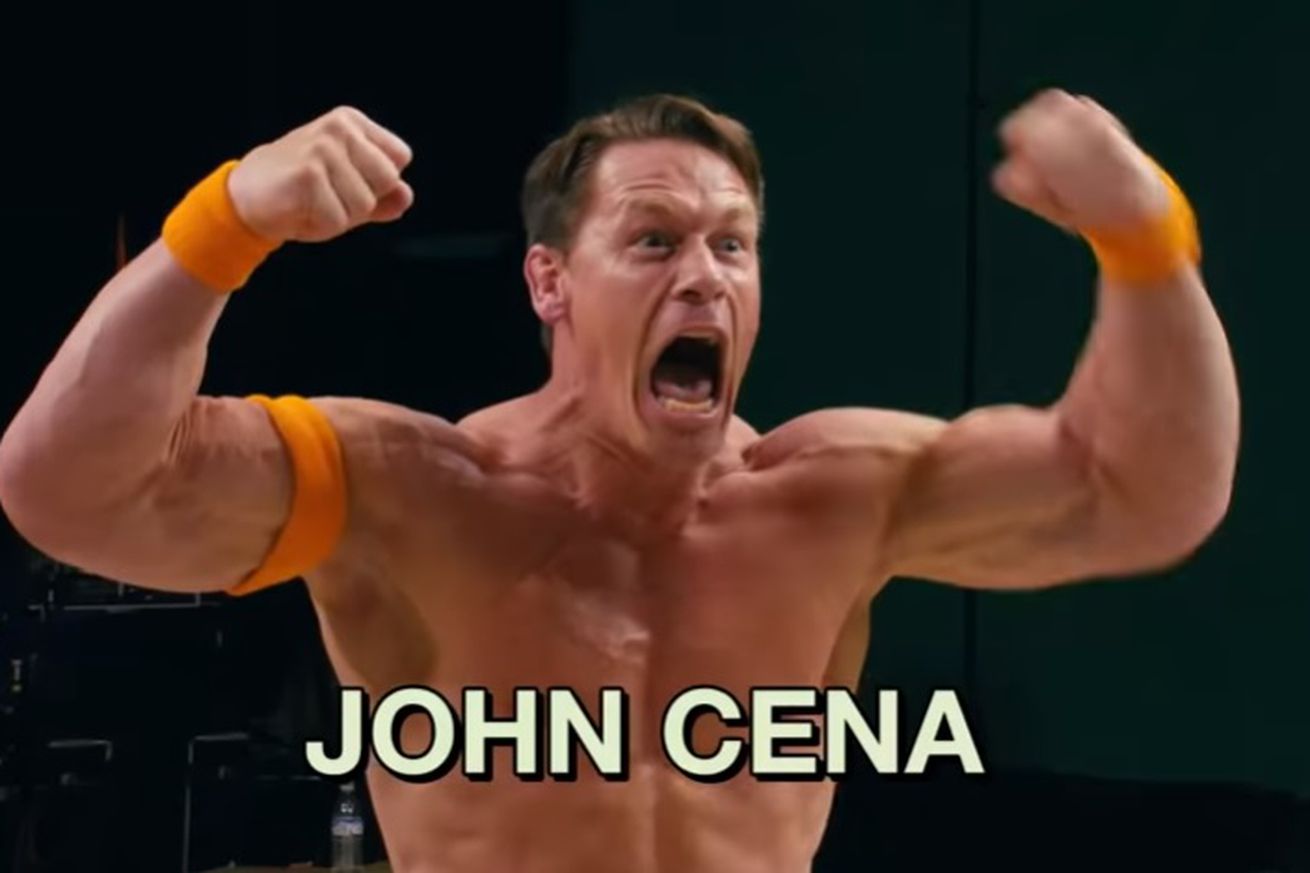 Comedian Eric Andre was a guest on Jimmy Kimmel Live! last night, where he told a quick story about a prank gone wrong involving John Cena.

The stunt is shown at about the 6:22 mark of the above video. Cena violently throws Andre through a metal shelf while screaming and posing like a madman.

Andre explains that he suffered a concussion as a result:

“John Cena did the stunt right, but we prepped for the stunt wrong. And that metal shelf came over and clocked me in the head, and I got concussed…I went to the hospital immediately. I had like a Fred Flintstone, like Bugs Bunny [bruise] on the side of my head. And they did a CAT scan, and I haven’t been able to speak English since. I memorized this interview phonetically, actually.”

Cena can at least channel his inner Gene Snitsky and truthfully claim that this wasn’t his fault. Andre should have known better than to mess with Johnny Largemeat, but at least he’s feeling better now and can poke fun about the situation.