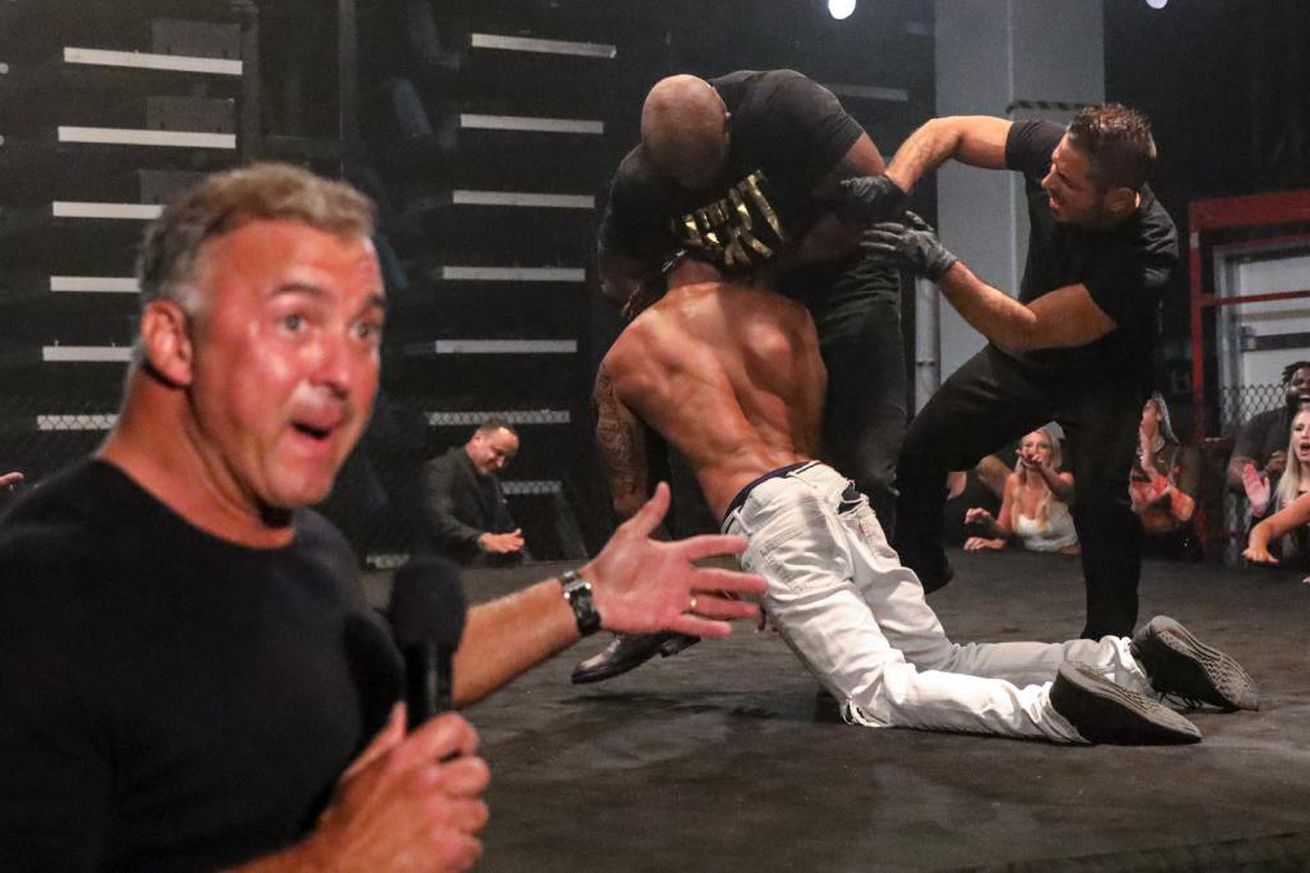 Shane McMahon returned to WWE television in August and introduced the concept of Raw Underground. It was a largely inconsequential underground fight club that was ultimately used to put over Braun Strowman. Raw Underground lasted about two months, until concerns about the spread of COVID-19 contributed to it being shelved.

Right after the debut of Raw Underground, many different people immediately took credit for the idea. When he appeared on Corey Graves’ After the Bell podcast, Shane-O-Mac implied it was primarily his own idea, and suggested it was heavily influenced by fights of this style in Japan.

Well not so fast, according to EC3. During his recent interview with the ROHStrong podcast, EC3 accuses WWE of stealing the concept from him. Here is how he explains it, courtesy of the transcript from Post Wrestling:

“I knew it was going to be stolen, so I was prepared for it. I didn’t know it’d go to that length, and I know mine played to a minor bubble of the professional wrestling audience while majority of it saw whatever the hell they put out there. The way I look at it is kind of like I was Wayne’s World. I was producing this show in Aurora, my basement with my buddy Garth. We’ll call him J.C. in this instance, and then Rob Lowe came in, bought us and when I saw Shane McMahon in the ring, not in a real underground, mine was a real underground. [This] manufactured, heartless, desolate studio, I’m looking at Shane and it felt like when Noah was rapping on Wayne’s World after they bought him out. It was just inauthentic and like I said, it had no heart. So I knew something would’ve been taken from it. I didn’t expect the whole aesthetic, and while it upset my friend, J.C. who I worked very hard on with it, at the same time, it’s just a challenge to do something different, better next time which I definitely plan on doing because again, control your narrative, again, Ring of Honor provides freedom. I’m not tied to doing just that. There’s things I want to do in the future and continue that narrative as sort of supplemental content to whatever other places I’m doing things in and I have bold, ambitious views for it. We’ll see if it works out, I think it will.”

I think it’s amusing that so many people have taken credit for the concept of Raw Underground. If it became the hottest thing in the pro wrestling world, then I would expect a feeding frenzy of people claiming it was their idea. However, it’s difficult to characterize WWE’s implementation of it as a success. That’s very easy to say in hindsight about a now-defunct fight club, but the presentation of the concept was always awkward and unfocused right from the get-go.

I guess it boils down to the fact that the concept of an underground fight club is fairly common, but a few folks are likely confusing themselves about it being a novelty. For example, I’ve been timing wrestling matches for Cageside Seats for more than seven years now. If I saw other people out there timing wrestling matches and then accused them of stealing my unique idea, I would look very silly. I get that Raw Underground was an unusual concept as far as WWE television is concerned, but at the end of the day, an underground fight club with an MMA flavor to it is not some brilliant creative idea that’s completely out of left field.

What do you think about EC3’s claim that Raw Underground was originally his idea?