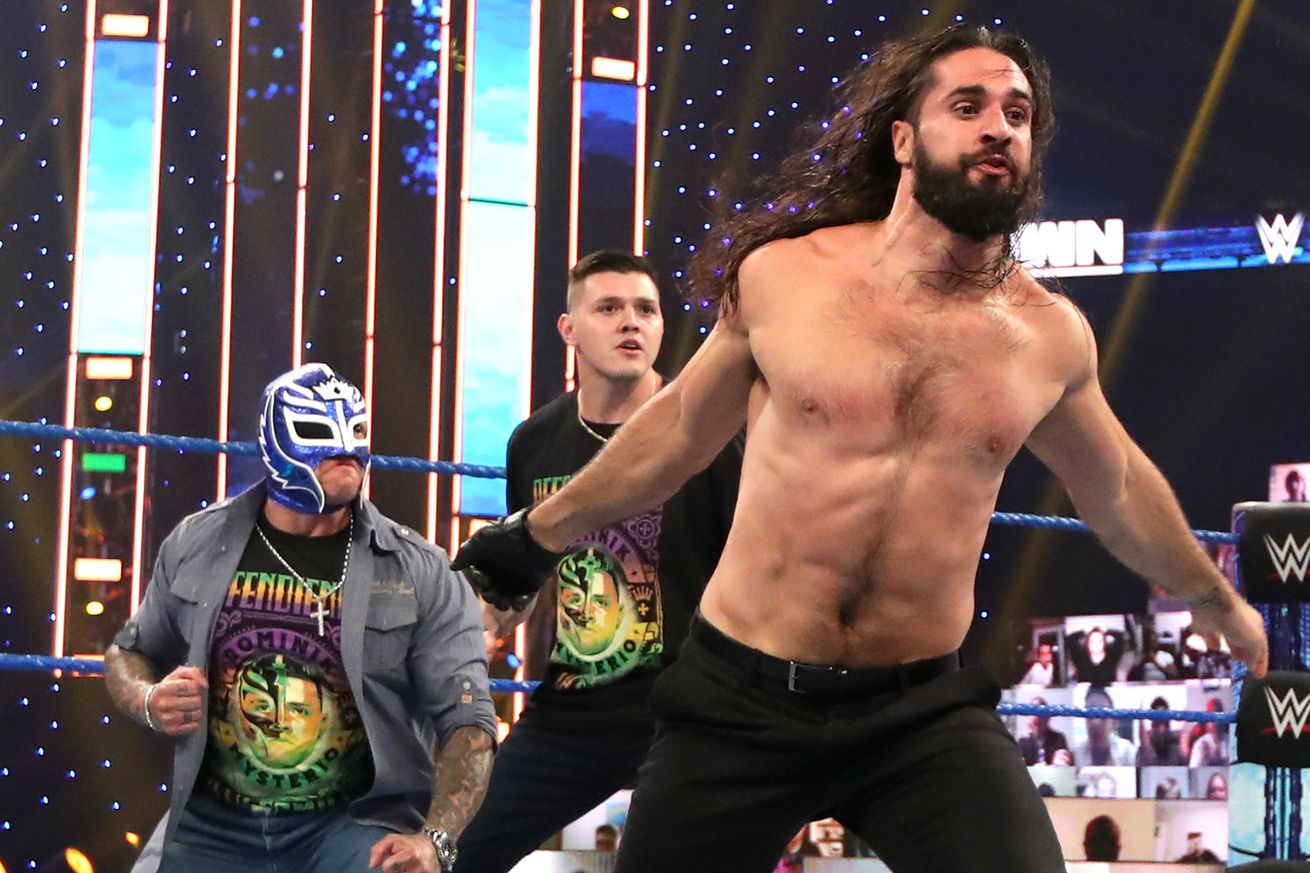 WWE SmackDown returns tonight (Oct. 23). They are on FS1 instead of Fox because Fox is airing the World Series. This is the go home show for the Hell in a Cell pay-per-view (PPV) this Sunday.

All in all, the Draft shakeup which concluded last week shook up the rosters but didn’t give Raw or SmackDown a major roster advantage. There was decent enough shake up without either brand really getting the short end of the stick

They also didn’t stop any stories in the draft. If someone was in the middle of a program with someone else, such as Sasha and Bayley, then they stayed on the same brand. So in some cases, entire feuds were moved from one show to the other.

That’s where SmackDown is at a slight disadvantage coming out of the two day Draft.

Prior to the Draft, SmackDown was heating up with three really strong stories: Roman Reigns heel turn, Sasha vs. Bayley, and Alexa Bliss joining the Fiend. Luckily, the first two are still on Fridays. However, Bray Wyatt and Bliss were moved to Mondays.

In return, they got a couple stories that long had run its course on Raw. The main on is Seth Rollins vs. the Mysterio Clan. That story has been going on since spring of this year. And while there’s nothing wrong with a program that lasts awhile, enough needs to happen in it to warrant its continuation. We’re past that being the case here with much of the story just being various matches between Seth, Rey Mysterio, Dominik Mysterio, and sometimes Murphy.

The other feud that was floundering on Mondays was Kevin Owens’ feud with Aleister Black, especially given how lopsided it’s been in favor of KO. Both have since been moved to Fridays, and their program was hinted at when they stared each other down at the beginning of the show last week. Now unliked the Rey/Rollins never-ending story, they don’t need to revisit that any more.

Now it is up to the SmackDown creative team to breathe some life into the Rollins/Mysterio storyline. Each show has its own creative team, but Vince McMahon is still in charge and Bruce Prichard is still the Executive Director of both shows. They’ll get different ideas from the different writing team, but it’s their call in the end. Meaning it’s possible this feud will meander on Fridays instead of Mondays.

Last week gave us some hope that there will be some change when Daniel Bryan shared the ring with Seth Rollins for a promo together. Bryan would definitely shake up the story, and given he’s actually a member of the creative team, have his own input. And not like it would be hard to make it interesting again with Rollins doing the best character work of his career and Mysterio being a bonafide hall of famer. Adding Bryan in would just sweeten things.

The next few weeks will let us give us a better idea if SmackDown is going to be able to salvage Raws meandering story or if they’re going to find a way to make it exciting.

Roman Reigns will defend his Universal championship against his cousin Jey Uso in a Hell in a Cell I Quit Match on Sunday. This story has been excellent at every turn, much because of how well Roman and Jey are both playing their roles. While there’s little chance of Uso winning, they’ve gotten it to a point where I want to see it so he can stick it to his cousin. Tonight, the Tribal Chief will reveal the consequences of Sunday’s match.

Last week, Bayley refused to sign the contract for her Hell in a Cell match against Sasha Banks. Surely the SmackDown Women’s champion will sign it this week, right?

Intercontinental Champion Sami Zayn pushed Otis’ buttons last week and received a shove because of it. Could the Money in the Bank holder enter a program for SmackDown’s secondary title prior to attempting to wrest the Universal title from Roman Reigns (something there’s little chance in happening)?

The SmackDown tag team title match between the Street Profits and Dolph Ziggler & Robert Roode ended in a no contest last week. Could this match find its way onto a pretty thin Hell in a Cell card on Sunday?

I don’t foresee the Women’s tag team champions of Shayna Baszler and Nia Jax venturing to SmackDown until there are a few more teams for them to face.

– Big E is going it alone and needs a new feud to focus on.

– Lars Sullivan is around terrorizing people. No one really seems to want that.

What will you be looking for when SmackDown returns tonight at 8 PM ET on FS1?