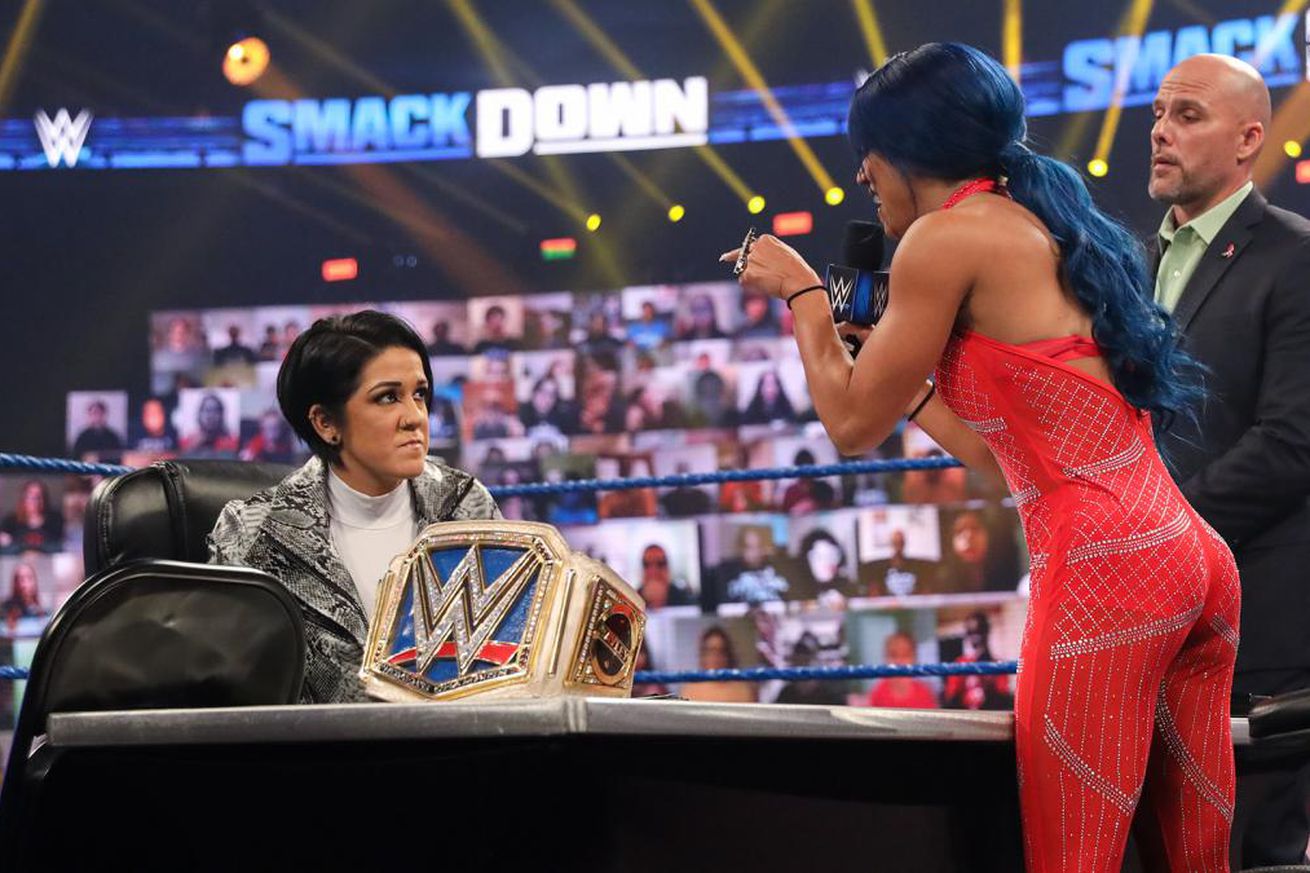 WWE took its sweet time getting around to having Bayley turn on Sasha Banks to get a feud between the two going proper on the main roster. That’s why it’s somewhat baffling how they’ve handled it from there.

First, they had the initial title match between the two take place on an episode of Friday Night SmackDown, gave it next to no time, and had it end in a disqualification. It was used for a ratings boost and an easy way to book a rematch at the next pay-per-view, the Hell in a Cell event scheduled for this Sun., Oct. 25, 2020, in Orlando.

Now the story they’re telling is that Bayley won’t sign the contract and it’s not actually happening:

Somebody needs to be fired for false advertisement @WWE pic.twitter.com/IamPHXRRkv

The match is going to happen, of course it’s going to. This is just a strange way to promote what very well could end up being the headlining match.

Follow along with SmackDown tonight right here to see how they play it.