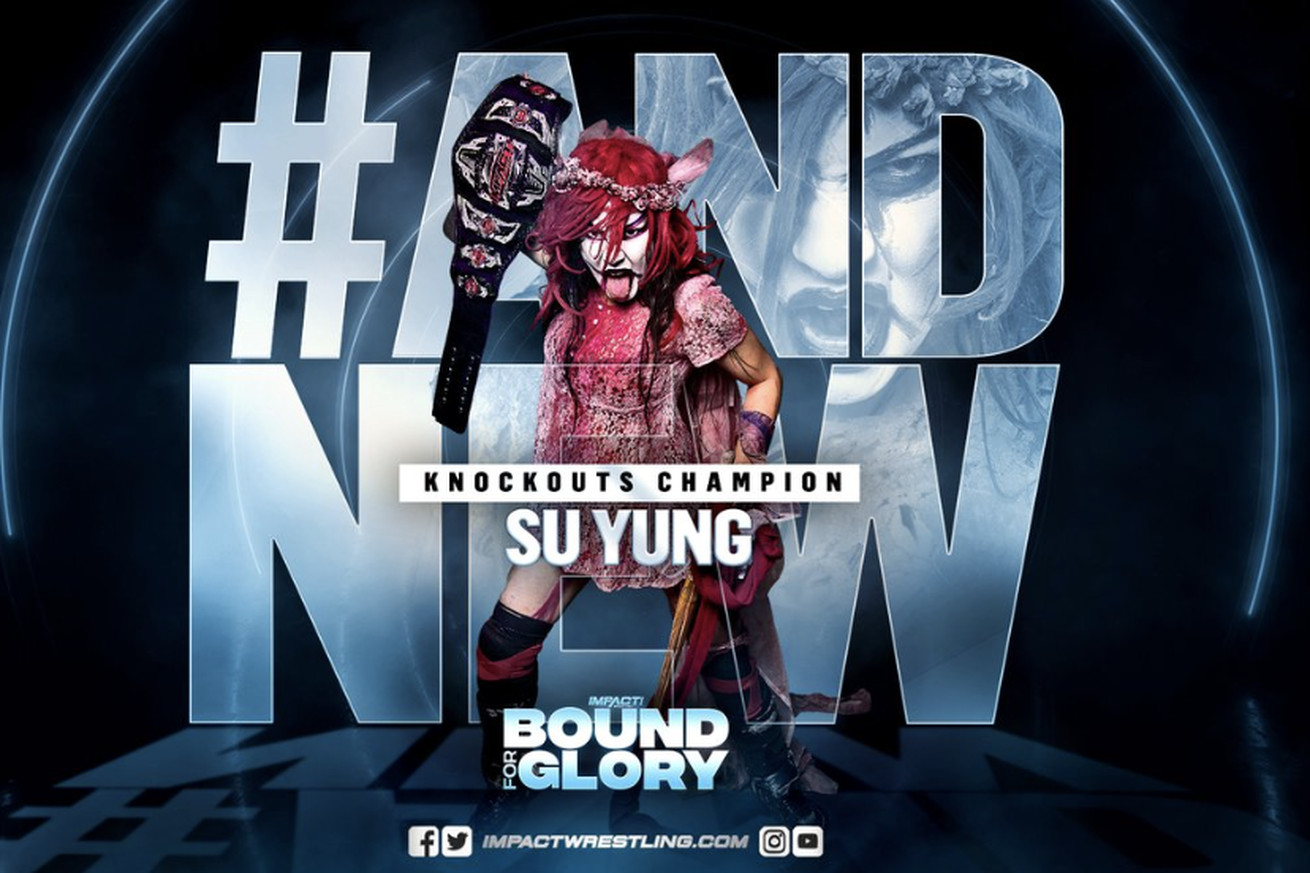 Deonna Purrazzo was confident heading into her much anticipated Knockouts Championship defense against Kylie Rae at Impact’s Bound for Glory PPV. Much to the surprise of the champ, the match turned out to be against the returning Su Yung, and it did not end well for Purrazzo.

Puarrazzo entered first with Kimber Lee by her side. Kylie’s music hit, but she never came out. An arrogant Purrazzo grabbed the mic to issue a challenge against any woman or man in the back. The Undead Bride answered the call.

This was especially shocking since last we saw that person, it was in the form of Susie, whose arm was broken by Purrazzo at Victory Road earlier this month.

Su dominated early leading to a side slam on the apron.

BRUTAL slam on the apron by @realsuyung. #BFG2020

Purrazzo regrouped to work the arms and also hit a trifecta of German suplexes.

A trio of German suplexes by @DeonnaPurrazzo! #BFG2020

The fight progressed with Su keeping Purrazzo on her heels. Things got wacky when the ladies did the do-si-do to evade strikes, and Purrazzo ended up booting the referee in the face. Su capitalized with a back-to-belly piledriver, but the ref was still unconscious. Kimber Lee got involved by smashing Su in the back with a chair. Purrazzo leapt off the turnbuckles, but Su caught her with a mandible claw. Su then spit red mist into Lee’s face.

During the skirmish, Purrazzo rolled Su into an armbar. The champ worked toward her Venus de Milo double armbar, but Su slipped her hand into Purrazzo’s mouth for another mandible claw. Purrazzo got free and exploded for three straight pump kicks. Su would not be denied and hit a stunner then a Panic Switch to win gold.

In other Knockouts news, it was announced that the women’s tag titles will return at the Hard to Kill PPV on January 16, 2021.

How surprised were you at the return of Su Yung? What do you think happened to Kylie Rae?