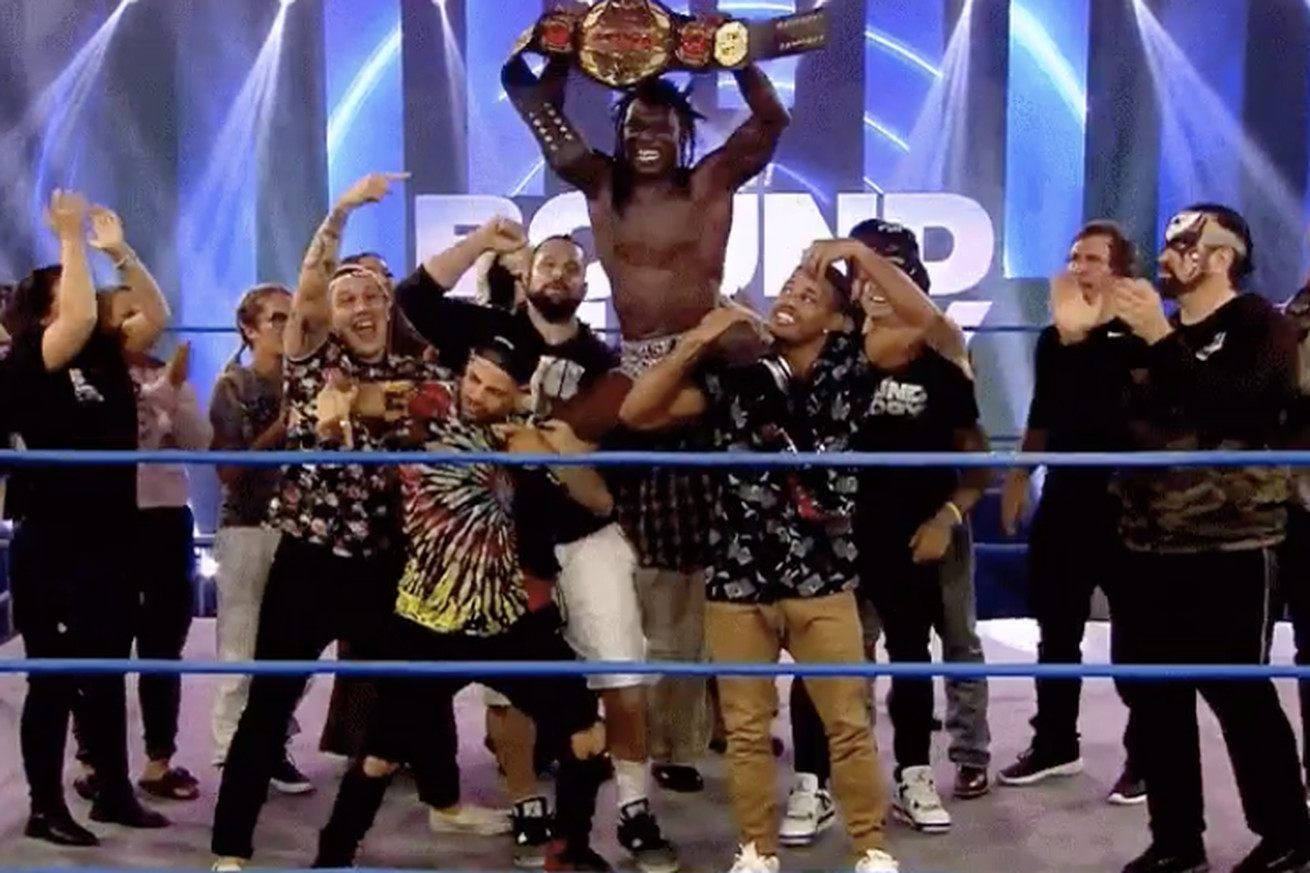 The main event of Bound for Glory was an emotional affair. Eric Young defended the Impact World Championship against Rich Swann. The challenger was coming back from a severe ankle injury with the chance to achieve vengeance and glory.

Young started by trying to attack Swann’s surgically repaired ankle. Swann was too quick and frustrated his maniacal opponent. Young eventually trapped Swann and hoisted him into the air to crash down on the apron. Swann’s neck took the brunt of the force and was in serious pain. Young shifted his strategy to take advantage. He spent the majority of the match targeting the neck.

The punishment got to the point where Young would yell at Swann to quit. Eventually, Swann had enough of Young’s talk. Swann powered up with rage for furious strikes and also hit a huge overhead toss off the turnbuckles.

[email protected] IS FIGHTING BACK! #BFG2020

Swann continued his momentum with a super hurricanrana and a frog splash. Young kicked out on the pin. Young regained control by biting Swann’s face. He hit a flying elbow drop to Swann face down on the mat. Swann wasn’t going to quit on the pin, so Young transitioned into a crossface submission. Swann was able to get his leg on the bottom rope for a break.

Swann was picking up steam again, but it was cut short when Young countered a handspring cutter into another neckbreaker.

Young took Swann down for a grapevine ankle lock. Swann rolled to the ropes for a break. Young looked to finish it with a piledriver, but Swann countered with a roll-up. Swann fired up one more time for a head kick then a handspring corkscrew splash. That was not enough to put Young away.

Young went back to work by wrenching Swann’s ankle in the Tree of Woe. Things looked bleak for Swann until he shot back with a surprise cutter. Swann rallied with a handspring cutter then took flight for a Phoenix Splash. 1, 2, 3. Swann became the new Impact World Champion. The locker room emptied in celebration.

Impact’s biggest show of the year closed with a feel-good moment. Swann spent the majority of the year rehabbing from an ankle injury and clawed his way to the top of the mountain. It was even more satisfying due to Young being such a scumbag bad guy over the past few months.

Do you think Rich Swann can carry Impact as their top champ?