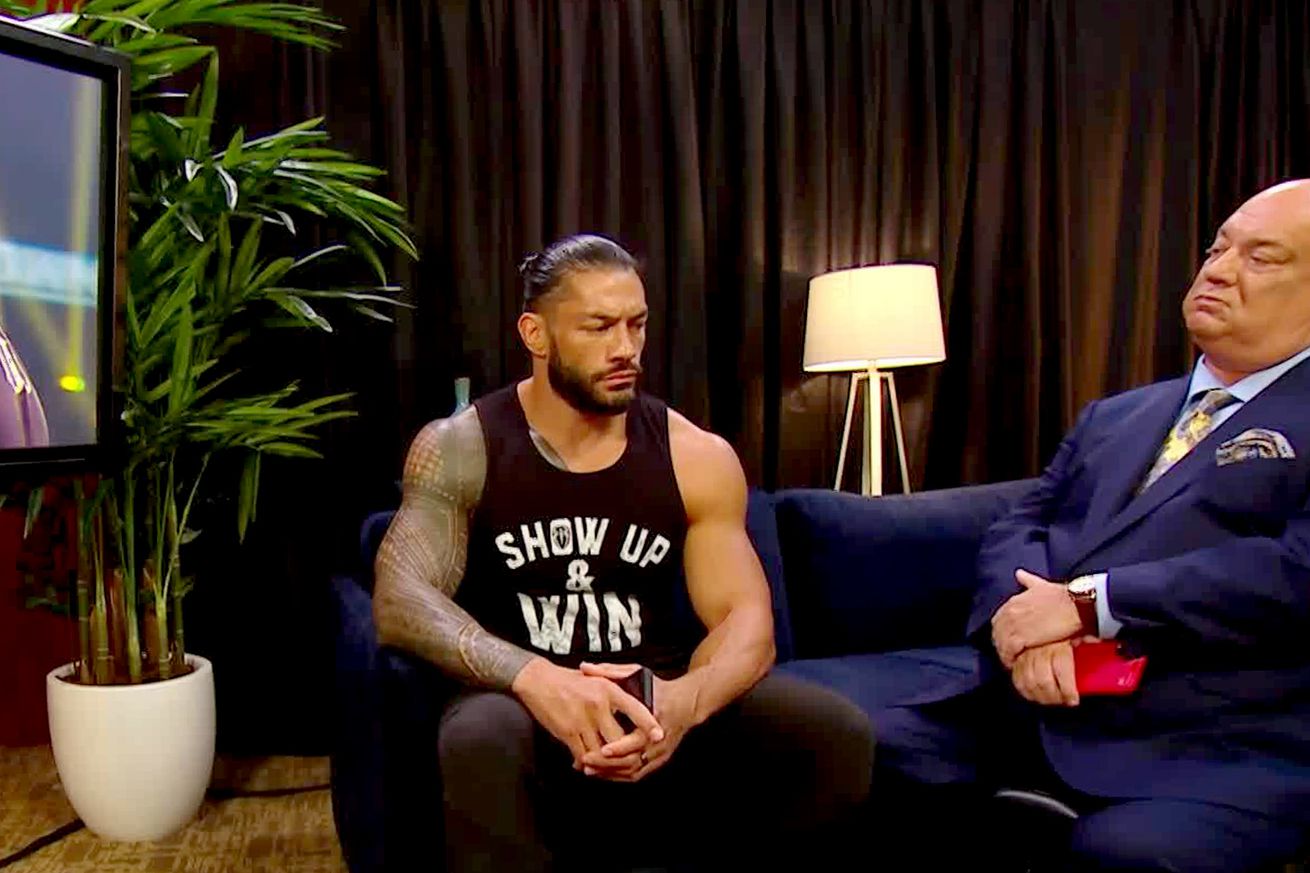 I didn’t love the opening match on last night’s Hell in a Cell PPV as much as a lot of my wrestle-friends did.

I’m glad folks dug it, and I really respect the emotion Roman Reigns and Jey & Jimmy Uso poured into their performances. But I allowed myself to get distracted by WWE’s confusing promotion of the match and its stipulations, and it took away from my personal enjoyment.

For weeks, we’d heard the Clash of Champions rematch would have “the highest stakes of any match in WWE history.” Even when it became the first ever “I Quit” Hell in a Cell match, that still wasn’t enough. So they added another stip – one that Roman explained one way (that if he won and Jey didn’t start following orders, he’d be kicked out of the family) but announcers explained another (that if Jey lost he’d be kicked out of the family). Then Reigns’ promo was edited in the pre-show video package to reflect the announcers’ version, while the company’s website still explained it the other way.

All the while, I was still trying to figure out why Reigns was so concerned with this after he’d already beaten Jey once. If his concern was that the Usos would continue to challenge him, why not just make the stakes of the match “whoever wins is the head of the family and the loser has to accept that”? It would flow right out of the aftermath of their first match.

Turns out, when Paul Heyman was explaining it on his own, that’s exactly what the Tribal Chief’s special counsel said.

Here’s Heyman breaking it down for James Delow on Gorilla Position:

That’s it right there. “One man has to forfeit his privilege of even attempting to claim to be the head of the family” is all you have to say. It not only clarifies the stakes, but Reigns’ motivations as well. That’s a good reason to con a man you love like a brother into thinking you’re remorseful so you can choke him out to get his brother (another man you consider a brother) to say “I quit.”

Now, if you want to add in the “exile” angle, you do it after the match. This Friday, Roman can demand the Usos do his bidding, and threaten to kick them out of the family if they refuse. He won the right at Hell in a Cell!

Then, if WWE wants another rematch, Jey can point to Reigns tricking Jimmy as proof this win was as dishonorable as the Big Dog’s “inadvertent” low blow at Clash, and use it as grounds for a trilogy bout.

Again, what we got wasn’t bad. And if you didn’t have any issues with the narrative, that’s great! But if you’re like me, this was almost like when WWE took the basic, understandable bad blood between Ronda Rousey & Becky Lynch and added in an injury, the McMahons, a suspension, and Charlotte Flair until no one was sure what was going on. They piled too much story onto a simple, effective conflict.

Next time, just let Heyman sell it. Or keep it simple no matter who’s selling it.