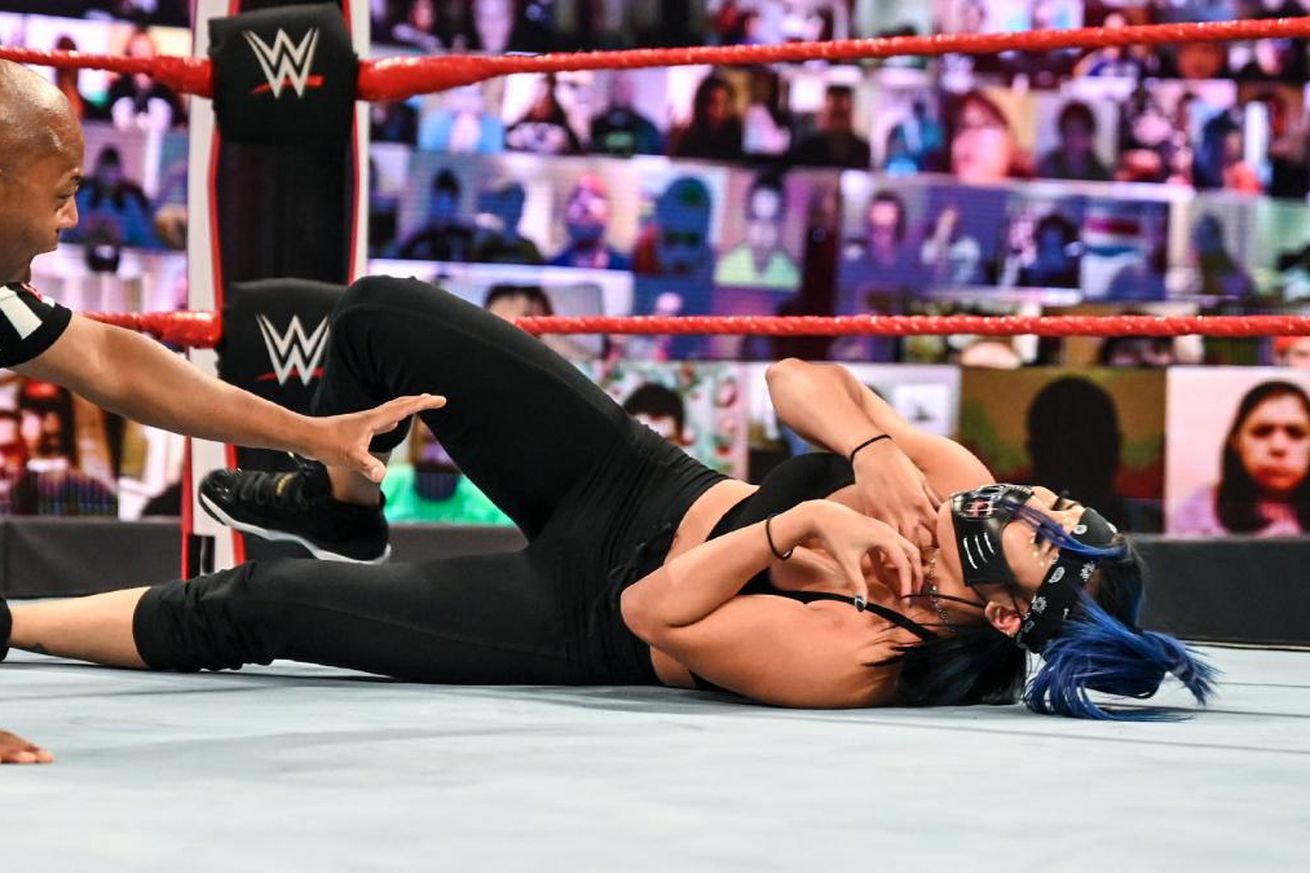 Mia Yim had a conniption to cause a distraction in a match they lost anyway.

RETRIBUTION and The Hurt Business had a four-on-four elimination match on Raw last night (Oct. 26). You might think this was just a way to continue the epic Bobby Lashley/Slapjack rivalry, but no. Instead, it was just the latest head-scratching development in what continues to be one of the most thoroughly botched rollouts in WWE history.

The group lost, but that’s not terribly surprising given RETRIBUTION’s overall record (now 0 – 4), and the fact WWE was unlikely to book Lashley to take a pin or tapout shortly after he was announced for a champion vs. champion match at Survivor Series next month. En route to that loss, to account for one of the two Hurt Business eliminations, Reckoning (aka Mia Yim) was tasked with doing this…

In the Cageside offices, we guessed Yim had been possessed. It’s Halloween, and RETRIBUTION did interact with The Fiend last week. WWE kept it nice and vague with their explanation:

“RECKONING disturbingly entered the fray and created a distraction to help SLAPJACK eliminate MVP to give RETRIBUTION the early advantage.”

Turns out, we were right! But we only found that out when Reckoning was accused of mocking epileptics on Twitter:

Not a seizure. Not an epileptic. A “Possession”. To clarify, I would never fake a medical condition like those. https://t.co/3kYynB9yI6

As usual, the talent was left to try and spin the latest on-screen catastrophe, bragging about managing to earn a distraction roll-up…

… and beating Cedric Alexander up with a chair before running away, I guess?

We win when you suffer. So if you ask me, we won. #WWERAW #RETRIBUTION pic.twitter.com/qiBxBB5KZT

These poor bastards. Especially Mustafa Ali, who doesn’t even get to hide behind a mask and a comically bad gimmick name.

Not sure what else to say at this point. RETRIBUTION may keep sinking lower, but we’ll always have Slapjack.