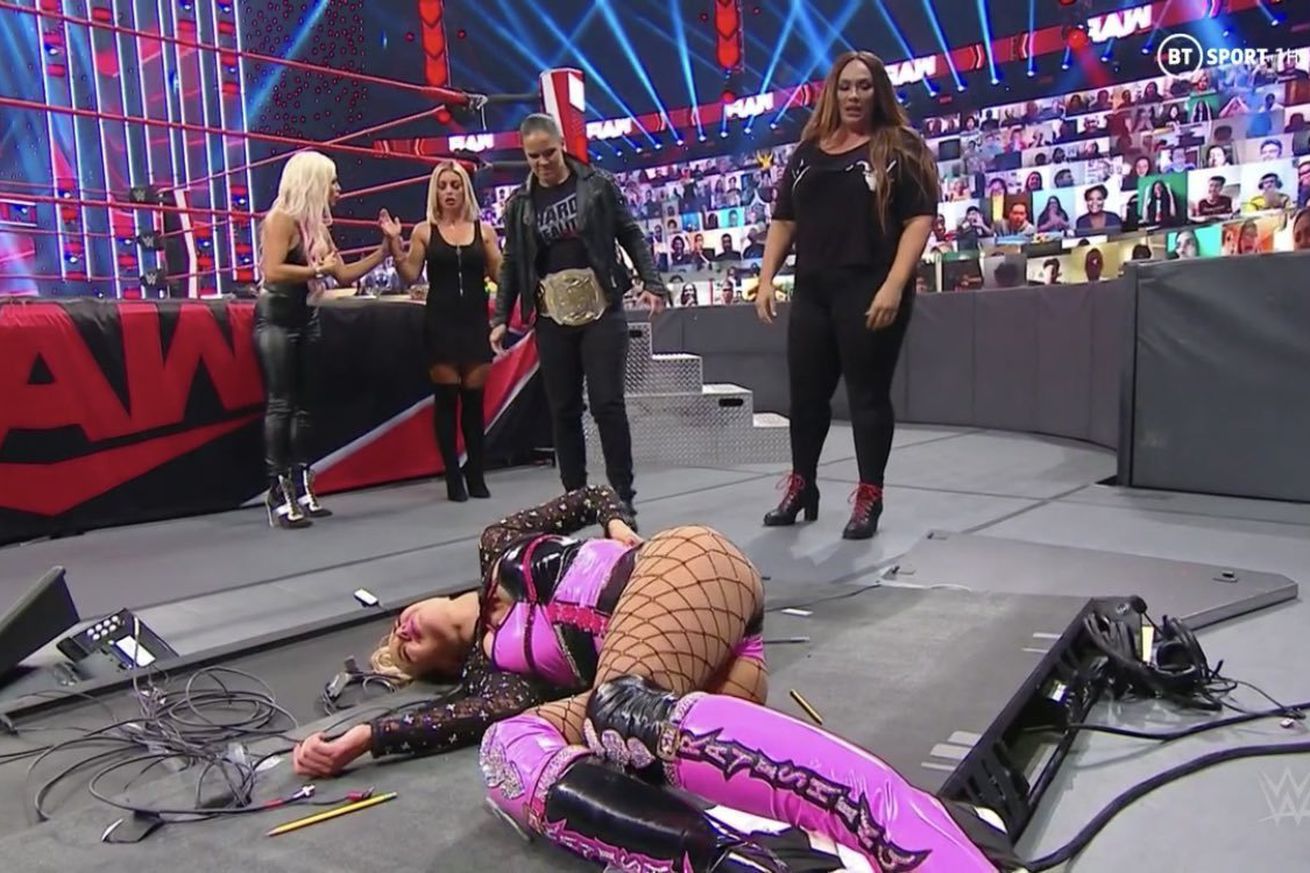 Lana’s been put through the announce desk by Nia Jax six times… and counting. She’s also had a Raw Women’s title shot and just won a spot on the red brand’s Survivor Series team.

Is she a babyface? Is she being pushed, or punished?

Lana’s husband, AEW’s Miro (fka WWE’s Rusev), talked to Inside The Ropes about her booking. He’s not sure what’s going on, but he thinks she’s doing a great job with whatever it is.

“I don’t book their shows, I have no idea. All I know is that she’s most likely tougher than anybody else on their roster because clearly that’s the first time in history that’s been done. And every single time, she gets the f**k up and keeps going, you know. She doesn’t say, ‘No.’ She doesn’t say, ‘I don’t want to do that.’ She doesn’t sell.

“She’s going out there and doing her job, and doing her job to perfection. Because you can see, in that ring, when she gets that time, you can see who’s who and who’s been working, and who’s been sitting on their a***s the whole time. And I’m so freaking proud of CJ [Perry, Lana’s real name], man, because she’s proven that she’s most likely the most talented and underrated person in the whole entire wrestling community.”

I think not selling would be a bad thing, so gonna assume something’s been lost in translation or transcription there.

Otherwise, this sounds very much like what you’d expect a supportive partner to say… and what they’d say if they wanted their spouse’s face turn to work.

But that’s just my interpretation. Give us yours in the comments below, Cagesiders.