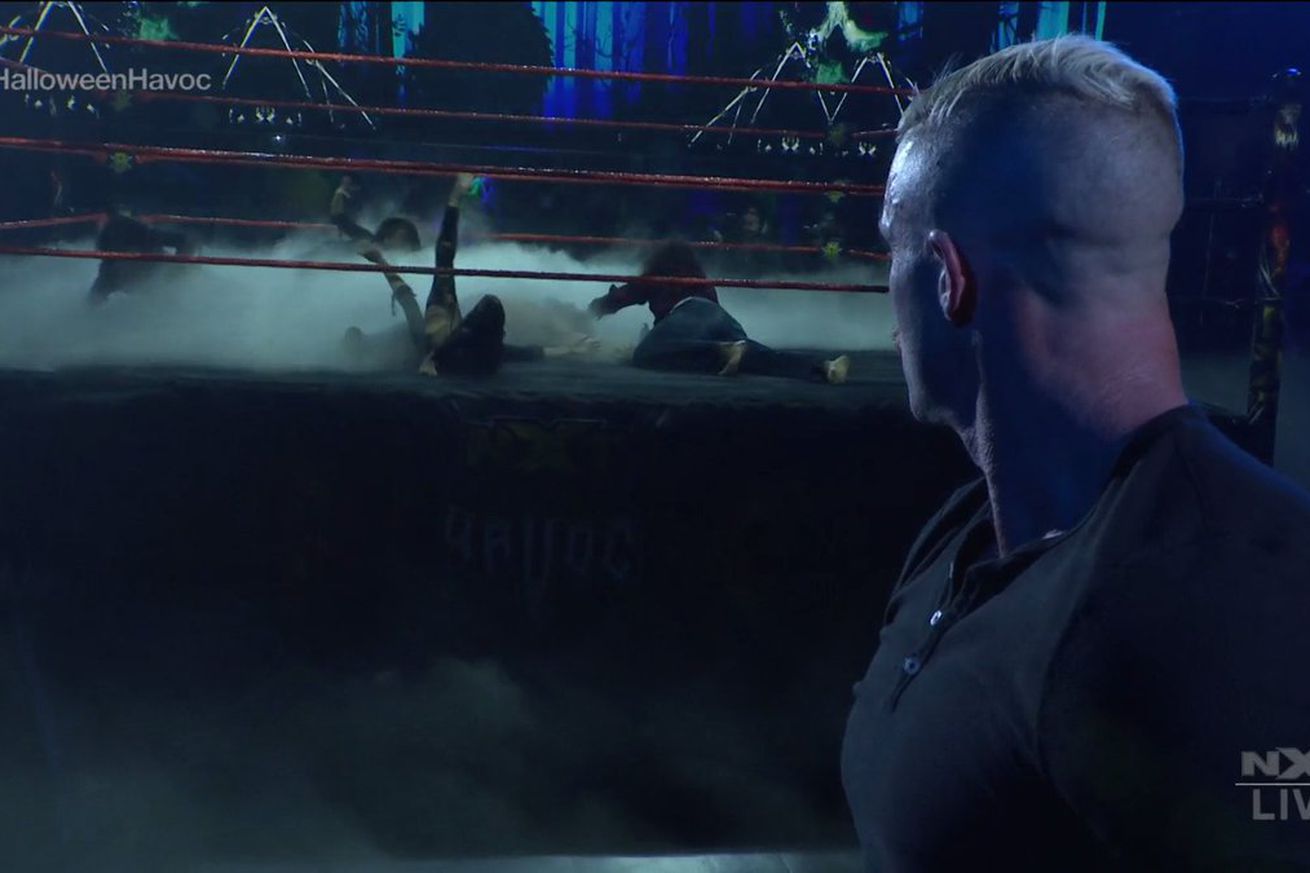 Well this was weird.

Weird was expected when NXT advertised a Haunted House of Terrors match between Cameron Grimes and Dexter Lumis. It’s Halloween Havoc. Lumis is weird in general. So this was gonna be out there.

The match started off site in a house that was clearly haunted. The verbose Grimes walked into the house continually talking, likely out of fear. And that fear was warranted because this was a house full of zombies.

Even the referee was a zombie, who couldn’t tell Grimes whether this was pinfall or submission.

Grimes walked into a bathroom where there was a silhouette of a women in the shower and Grimey got sleazy, derobing join her. And in a Shining like fashion, of course the woman in the tub was a zombie. May as well be Room 237.

After encountering enough zombies (played by PC talent and other wrestlers) and trying to escape Lumis, Grimes had enough and decided to book it. He got into the van that brought him there. But of course Dexter was in there so he instead ran all the way back to the Capitol Wrestling Center.

But the house followed him back. As he made his way through the decoration cemetery, the zombies reappeared, pushing him into the ring. That’s when Lumis reappeared. The zombies surrounded the ring except for one, who joined Dexter in the ring.

Lumis ended up locking his submission in and defeating the terrified Grimes. But then he left him in the ring as the zombies converged on Cameron. I would assume they’re going to eat him because that’s what zombies do.

So RIP Cameron Grimes? Is he going to be a zombie when we see him next? Or is this just a one night campy match to go along with the Halloween Havoc theme?

This is likely not everyone’s cup of tea. Let us know if it’s yours below.

You can find the results to tonight’s episode at the live blog here.