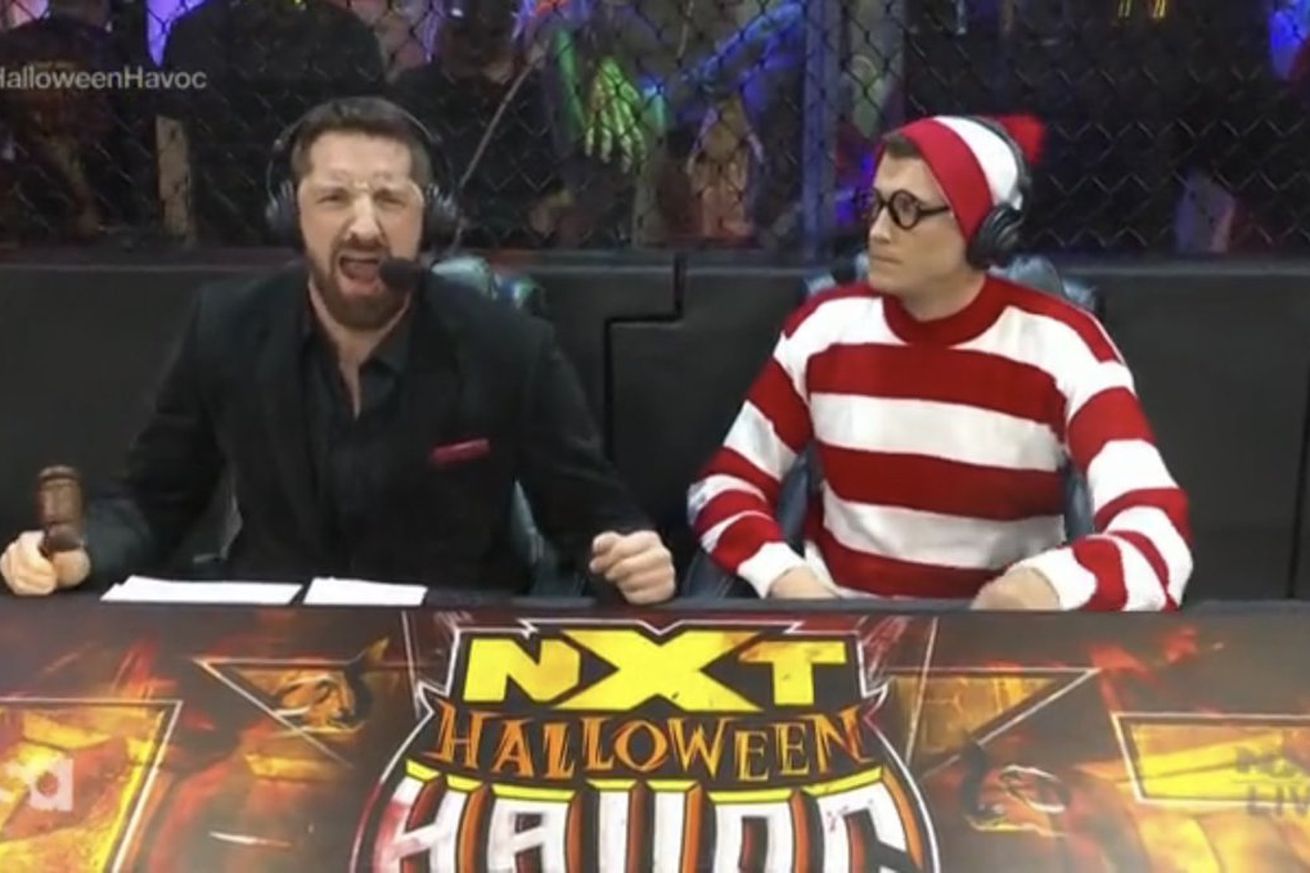 NXT put together a PPV caliber show on Oct. 28 for Halloween Havoc. It wasn’t just the matches, the spooky set, or host Shotzi Blackheart’s costume changes that made it so much fun, either. This thing was loaded with guest stars.

It featured the return of Bad News Barrett. That was announcer Wade Barrett’s costume for the evening (his favorite WWE Superstar). Barrett delivered the bad news to his play-by-play partner Vic Joseph that his Waldo get-up wasn’t going to win the contest Wade booked for them the week prior.

I loved every second of #HalloweenHavoc. Hats off to the the entire production crew for putting that spectacle together, and of course to the superstars who smashed it.

You won’t be waiting 20 years for the next one! #WWENXT

In a departure from his usual NXT appearances as a photo of Dok Hendrix. WWE Hall of Famer Michael Hayes was on hand. For reasons that weren’t entirely clear, “Purely Sexy” popped out of the van that transported Cameron Grimes to the start of the Haunted House of Terror match in full Freebird mode.

Okay, Grimey getting to say he hates rednecks was reason enough.

There were Legends aplenty in Drake Maverick & Killian Dain’s segment with McKenzie Mitchell. None of them were actual Legends, but try not to pop for Drake-amania running wild getting caught between The Yeti and The Giant before failing to convince his tag partner to commit to a performance of Fred Ottman’s most infamous entrance.

We also got a shoutout to one of the most famous Halloween Havoc matches of all-time, 1997’s Eddie Guerrero/Rey Mysterio classic. Rey acknowledged Santos Escobar’s nod, too.

It was quite a night.

What was your favorite guest star/costume from the first Halloween Havoc since 2000?