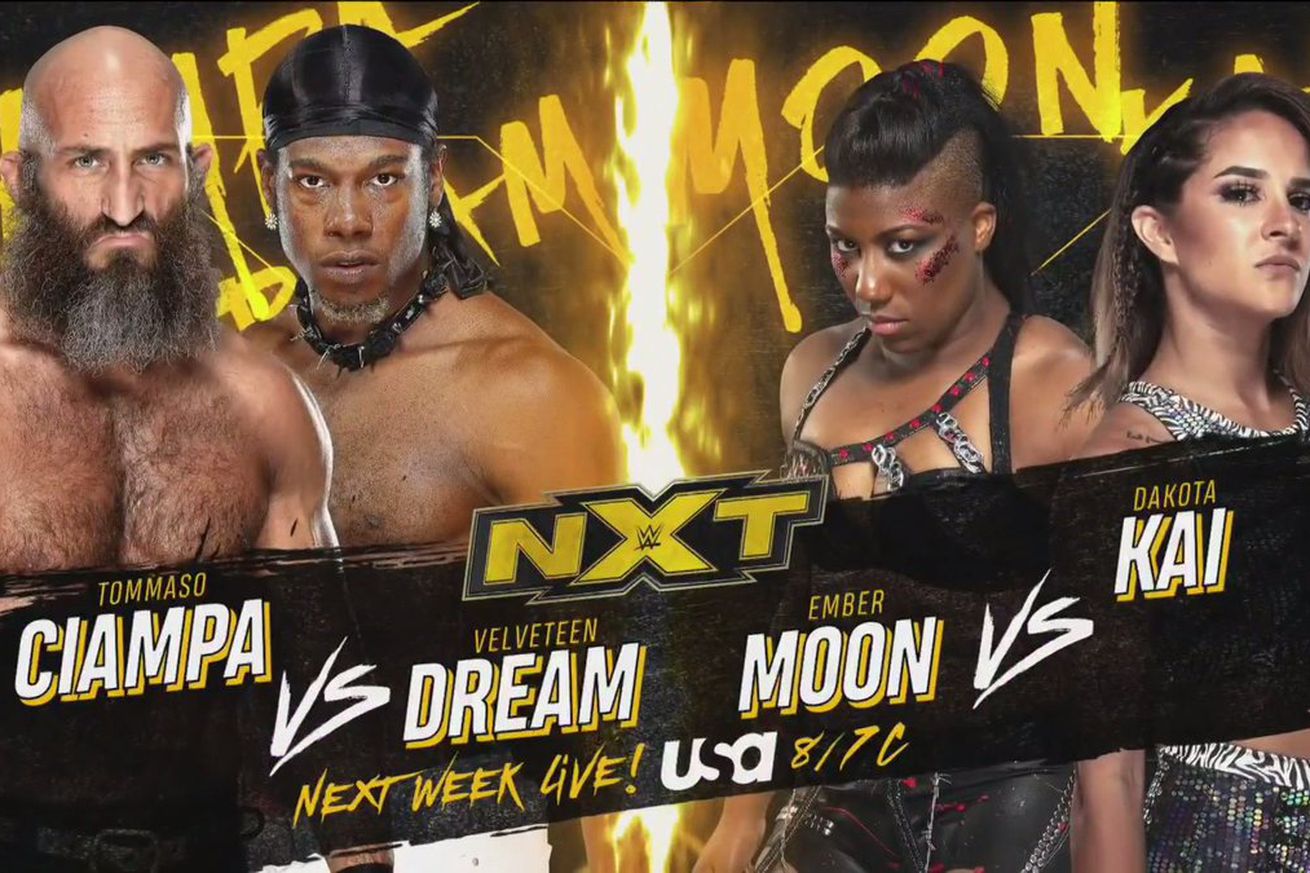 Plus, Ember Moon vs. Dakota Kai

During the Halloween Havoc edition of NXT, Tommaso Ciampa cut the above promo on the current state of the brand before transitioning directly to the man he’s feuding with, Velveteen Dream.

Dream has cost Ciampa a pair of matches against Kushida in kayfabe, and NXT head honcho more headaches than that in reality. You could hear some of Hunter’s frustration with Patrick Clark – the person behind the Velveteen Dream character – when Tommaso referred to Velveteen as “a 25 year old prodigy, oozing with ‘It’ factor, who can’t seem to get out of his own damn way.”

Whatever lesson Ciampa & Haitch are trying to teach the former North American champion will continue next week.

NXT’s Nov. 4 episode will also feature Ember Moon vs. Dakota Kai in a match that’s been building since Ember’s return at TakeOver 31. She & Rhea Ripley beat Kai & Raquel Gonzalez on Oct. 7, and Dakota attacked Moon after her match last week.

Join us next Wednesday and we’ll see how these bouts play out, along with the fallout from everything that happened tonight at Halloween Havoc.