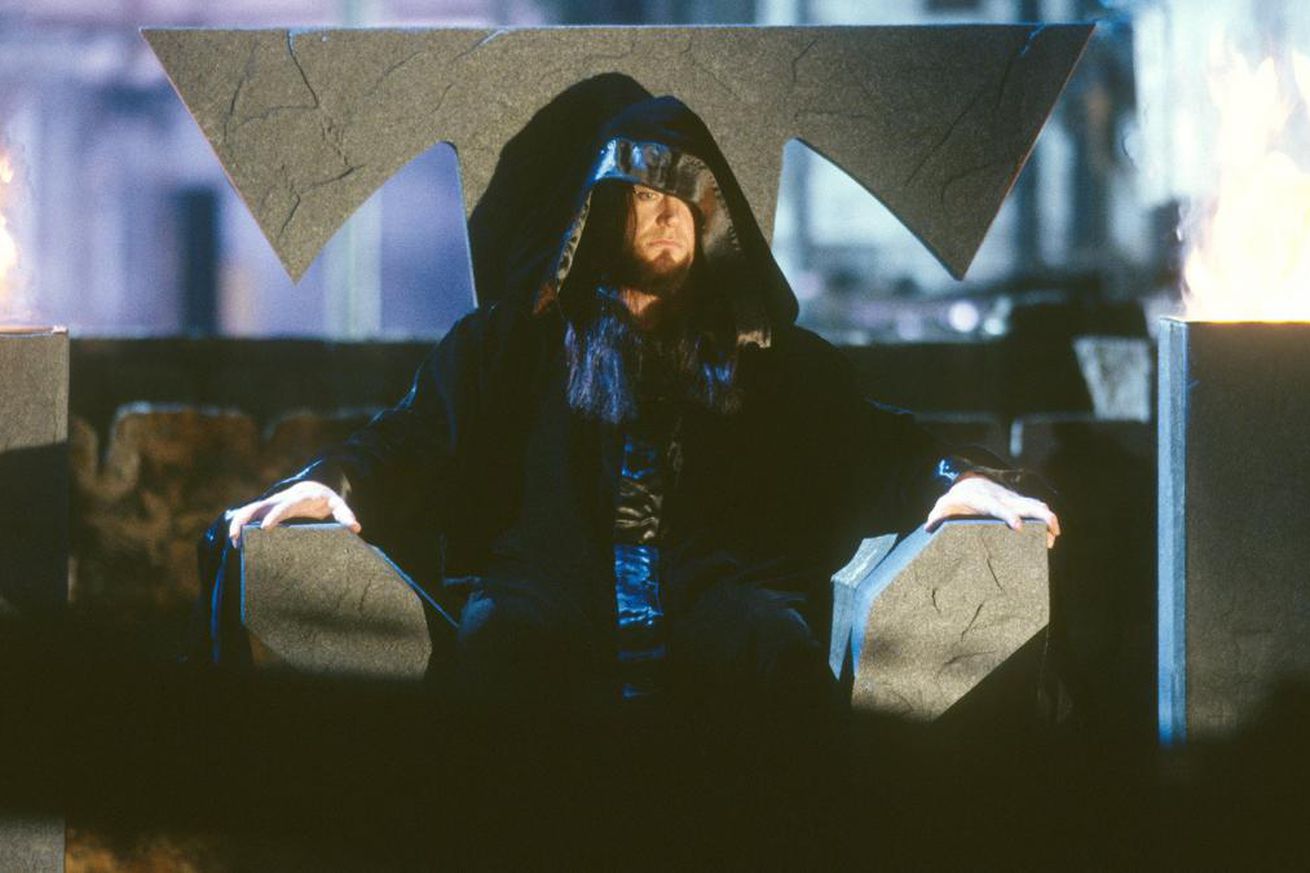 Undertaker has spent 30 years digging holes, collecting souls, and resurrecting himself from the dead. He’s buried men alive and set others on fire. He infamously threw Mankind off the roof of Hell in a Cell. He once dragged Hulk Hogan around on a motorcycle. He chokeslammed Edge straight to Hell. There was that one time when he tried to embalm Steve Austin. The Dead Man may have even dabbled in a concrete crypt suffocation and an unholy marriage here and there. Don’t even ask what he did to the Big Boss Man at WrestleMania 15. The Phenom’s darkest moment of all undoubtedly came at WrestleMania 19 when he subjected everyone to a horrifying live performance from Limp Bizkit during his entrance.

The point is, the Undertaker has done some seriously twisted and sinister things throughout his WWE career that has caused so many children to have terrible nightmares. But there is one child that isn’t the slightest bit wary of Big Evil, and that’s his 8 year old daughter. Michelle McCool appeared on WWE’s The Bump this week and explained that prior to watching The Last Ride docuseries, their daughter thought Undertaker just sat around the house doing nothing for a living:

“It was a really cool experience. It’s funny because as much as we taped, we taped over such an extensive period of time that it didn’t really feel like we were taping all the time. So when we watched it unfold, on TV with the family, it was really cool to see. That’s just something special that we’ll have forever. I think it was neat for our 8 year old. As much crap as she gives her daddy, I think it was pretty cool for her to see how much he’s done. You know, she likes to just think that he sits around the house and does nothing. We constantly have to tell her, look kid, he worked really hard for 30 straight years. But it was really neat for her to see how much respect people give him. It was really neat for her to see how much his body truly goes through, you know? So it was special. I mean I’m biased, but I think they did a darn good job.”

That does sound pretty neat! And it’s not just his daughter who had her eyes opened; The Last Ride series was by far the most personal look inside the man behind the Undertaker gimmick that pro wrestling fans have ever witnessed up to this point. It’s hard not to agree with Michelle that WWE did a darn good job with it.

WWE is now promoting Survivor Series 2020 on Nov. 22 as a celebration of 30 years of Undertaker. Are you excited to see what that entails?