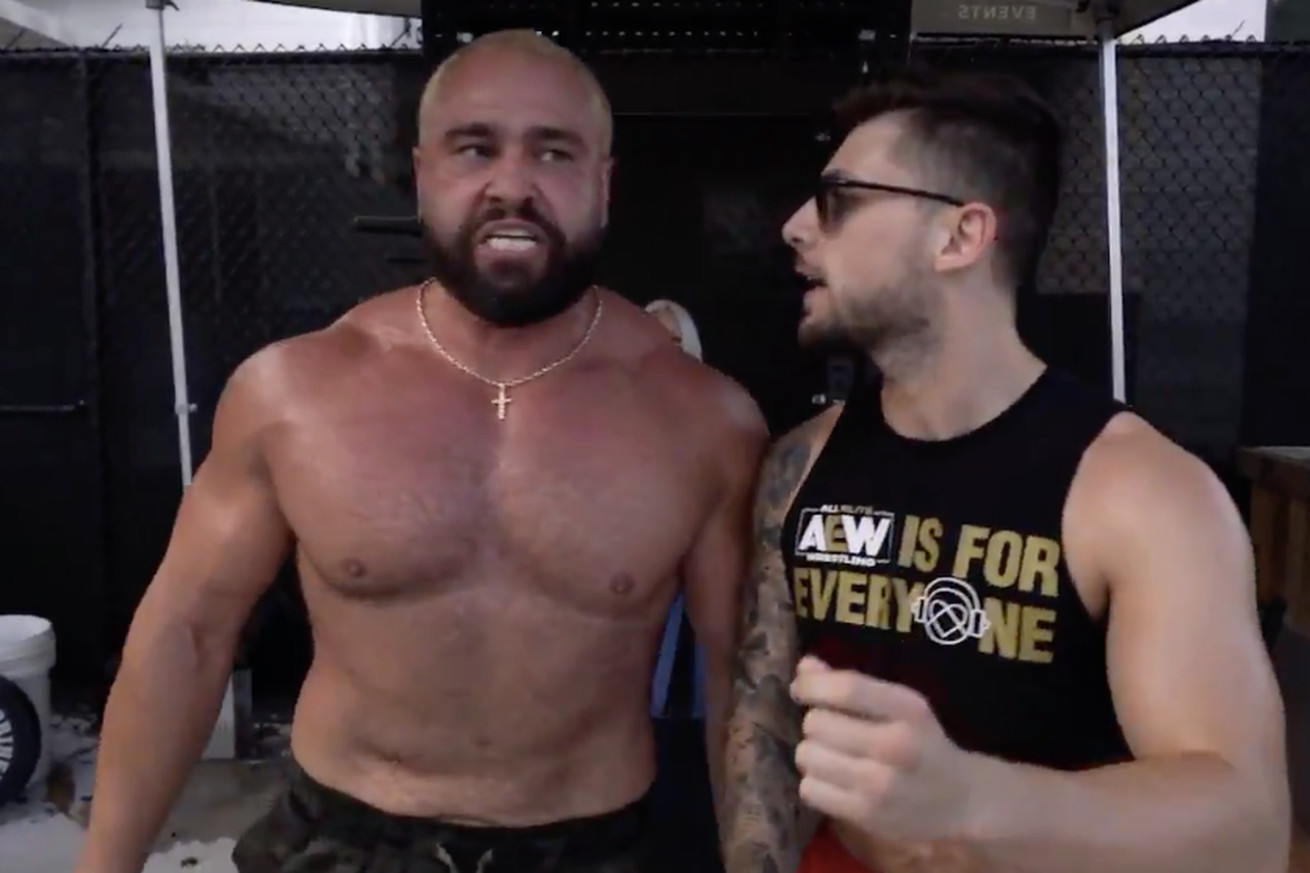 Fresh off his long run as Rusev in WWE, Miro is still finding his footing in AEW. He debuted in AEW as The Best Man, and has mostly been palling around and playing video games with Kip Sapian. He and Sabian are currently feuding with The Best Friends over a busted arcade cabinet. Compelling television, this is not.

But Miro doesn’t care if you think it’s stupid that he is angry about broken video games. He doesn’t care what fans think about his current story or spot on the AEW roster. In an interview with Inside the Ropes, Miro explained that too many people want instant gratification, and even more people would be complaining if he walked in the door as a former WWE wrestler and immediately won the AEW world championship:

“I don’t care what you think about my gimmick. I don’t care about any of these things because, quite honestly, I don’t care. I am The Best Man, man. You’ve got to understand that I’ve been pushed down for way too long that, all of a sudden, for me to start listening to fans – or to not even fans, because those are not fans, those are just critics – because fans just enjoy what you give them to them. Critics are completely different.

But if I had come to AEW and become champion on day one, there were going to be 90 other million people who were going to be like, ‘Oh, well, look at this. He’s just another a former WWE guy just coming in and taking the title. And look, we have Hangman Page and the Bucks, and everybody else is just waiting for their opportunity.’

So you have that. So, if you go by making fans happy, that’s just impossible. That’s why I’m going to do me, because I know how to do me better than anybody else.”

It’s fair for Miro to point out that things are still in the early going here and we don’t know how this video game story with Kip Sabian is going to play out. I understand if frustrations arise due to the impatience of some fans who want the climax or payoff of a story just six weeks into it.

However, it’s also fair for AEW fans to express when the content they are watching is not currently keeping their interest. I’m not the only person in the world who was a fan of Rusev but is currently underwhelmed with what Miro is doing in AEW. That doesn’t mean I’ve already written off his future with AEW as a failure, or think that his current storyline with Kip Sabian and the Best Friends can’t win me back. I’m a pro wrestling fan, and I’m a fan of Miro. When I see his segment is up next on Dynamite, I get excited and hope that this is the one that will have the hook that draws me into his story. But it hasn’t happened yet, and I’m not going to pretend that it has just because I’m a fan of his previous work as Rusev.

Episodic television works best when each episode gives you a reason to be invested in the characters and story, and keeps you on the edge of your seat anticipating the next chapter. I find that AEW usually does a good job of planning things out ahead of time and giving fans a reason to tune in the next week. But that hasn’t happened yet with Miro’s story in AEW, at least not for this fan. I remain hopeful that this will change starting next week, because like Miro said, the story has barely developed yet.

As for Miro’s claim that a whole lot of people will complain if yet another former WWE guy came in to AEW and got a huge push to the top, well…he’s probably right about that.

What do you think so far of Miro’s initial months in AEW?