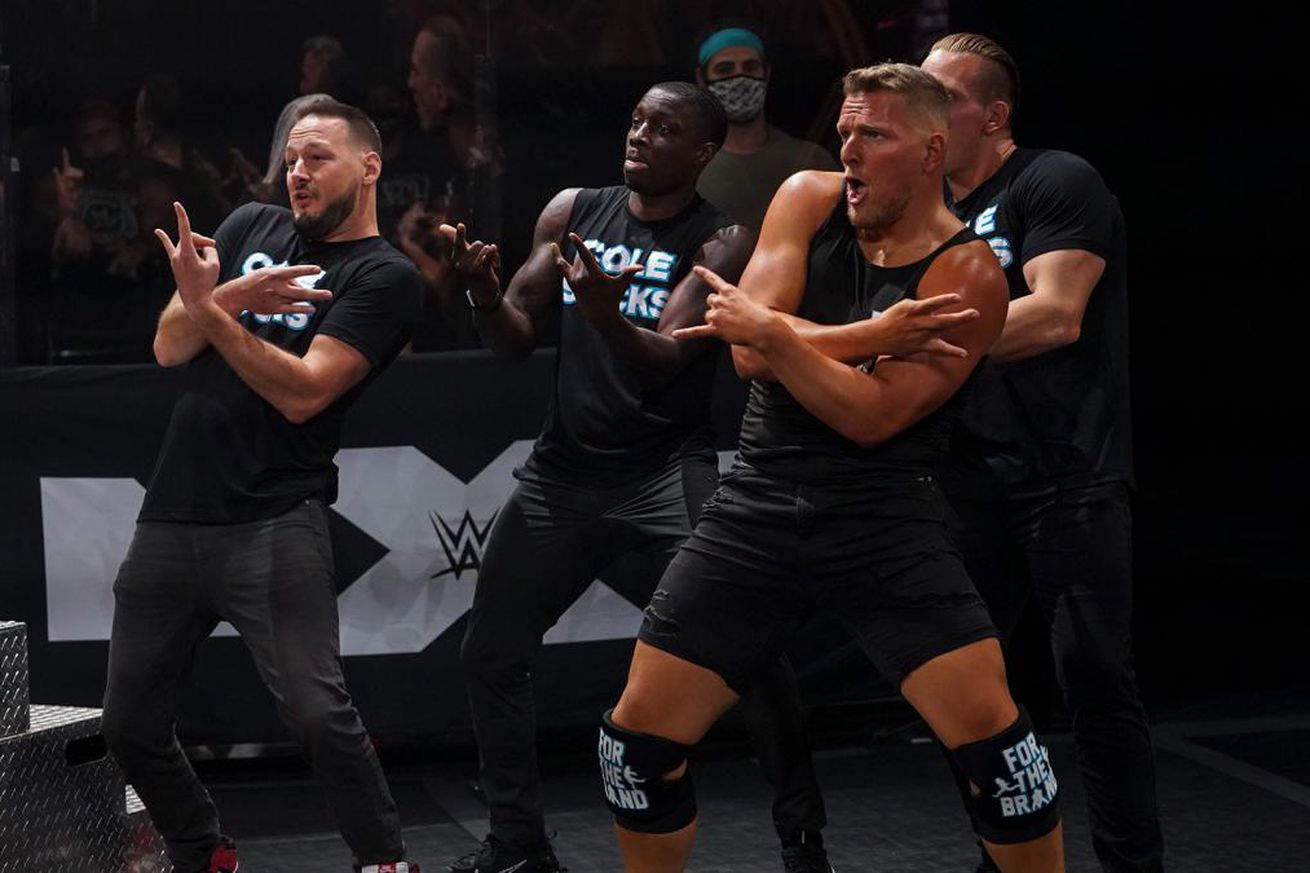 Pat McAfee is a heel with a purpose. He’s not one of these heels who doesn’t care about your reaction to him. No, he’s going out of his way to make sure that you absolutely loathe everything about him.

Speaking on The Pat McAfee Show, a show that’s perfectly titled for someone named Pat McAfee to host, the former NFL punter makes it sound like he’ll maintain a regular presence on NXT television going forward. Even more, he’s going to greatly enjoy how much it angers certain fans:

I’ve decided yep I’m just going to go ahead and continue to take over the wrestling business #PatMcAfeeShowLIVE pic.twitter.com/7mtEggaNvl

“I’ve decided, yeah I think I’m just gonna go ahead and continue to take over the wrestling business. Might as well, you know what I mean? I enjoyed the hell out of it. I’ve been thinking I’m supposed to do it for a long time. I got a chance. It went well. Now I’m at the point, like, hey Wednesday nights, NXT, I might as well just go take over.

And people are gonna hate that by the way. People are gonna hate it. And the people that are gonna hate it is literally the worst community on the internet, and it’s the internet wrestling community. And I think these people are the worst humans on earth. They’ve ruined something that I’ve loved. Okay, wrestling is something that I’ve loved. These fans though, are so toxic and terrible. They’re bums in every sense of the word. So whenever I talk and say anything, know that that is directly at them. That is directly at them.”

“But just know that on Wednesday nights, 8 PM, USA Network, I’mma go ahead and try to make a run at that thing.”

McAfee is doing a great job needling and/or trolling NXT fans, because it’s a pretty good bet that most of them consume pro wrestling on the internet in some form or another. After all, NXT was not televised in the USA prior to September 2019, and could only be seen on the internet.

Outside of this sentence, I’m not someone who will ever use the phrase “Internet Wrestling Community” or “IWC” in my writing, because I think it’s a term that was more appropriate during the advent of the internet, and went outdated a long time ago. There are just so many people that watch pro wrestling on the internet now that the term no longer describes a narrow and focused section of wrestling fandom.

People who consume pro wrestling on the internet are not the hive mind that the term is often used to suggest. I’ve been reading opinions about wrestling on the internet for over 20 years and have seen nearly every possible perspective that there can possibly be. Some folks love Daniel Bryan, others think he’s too small to be a top guy. Some fans think AJ Styles is the best worker around, others are far more entertained by Braun Strowman steamrolling dudes in squash matches. Some of these fans consider Undertaker vs. HBK at WrestleMania 25 to be the greatest match in the history of the show, while others cringe at Shawn Michaels’ overacting and all the long pauses between finishing move spam. Plenty of fans loved Chris Jericho’s Le Dinner Debonair, others thought it was the worst segment in the history of Dynamite.

It doesn’t matter what your opinion is on any match or performer or promotion, trust me, there are plenty of other people out there who will strongly disagree with you. The lone exception might be seeing the bright side of RETRIBUTION. I don’t think I’ve seen that take yet. But it’s definitely coming soon, if it’s not here already.

Most importantly, some of the most pleasant and interesting people can be found when discussing wrestling on the internet with fellow fans, especially right here at Cageside Seats (cheap pop)! Yes there are some toxic assholes too, of course, but every fandom has that, and I will need to see some quantitative evidence to be convinced that internet wrestling fandom includes a higher percentage of those.

So while I personally dismiss those terms and think the way they are used today is largely pointless or not helpful, they are obvious fodder for easy heel heat. McAfee is doing his best to absorb as much of that vitriol as he can by trolling fans who follow pro wrestling on the internet, which is a very large segment of fandom to target.

Does Pat McAfee’s tactic turn you off from the product, or are you looking forward to seeing a lot more of him on Wednesday nights?