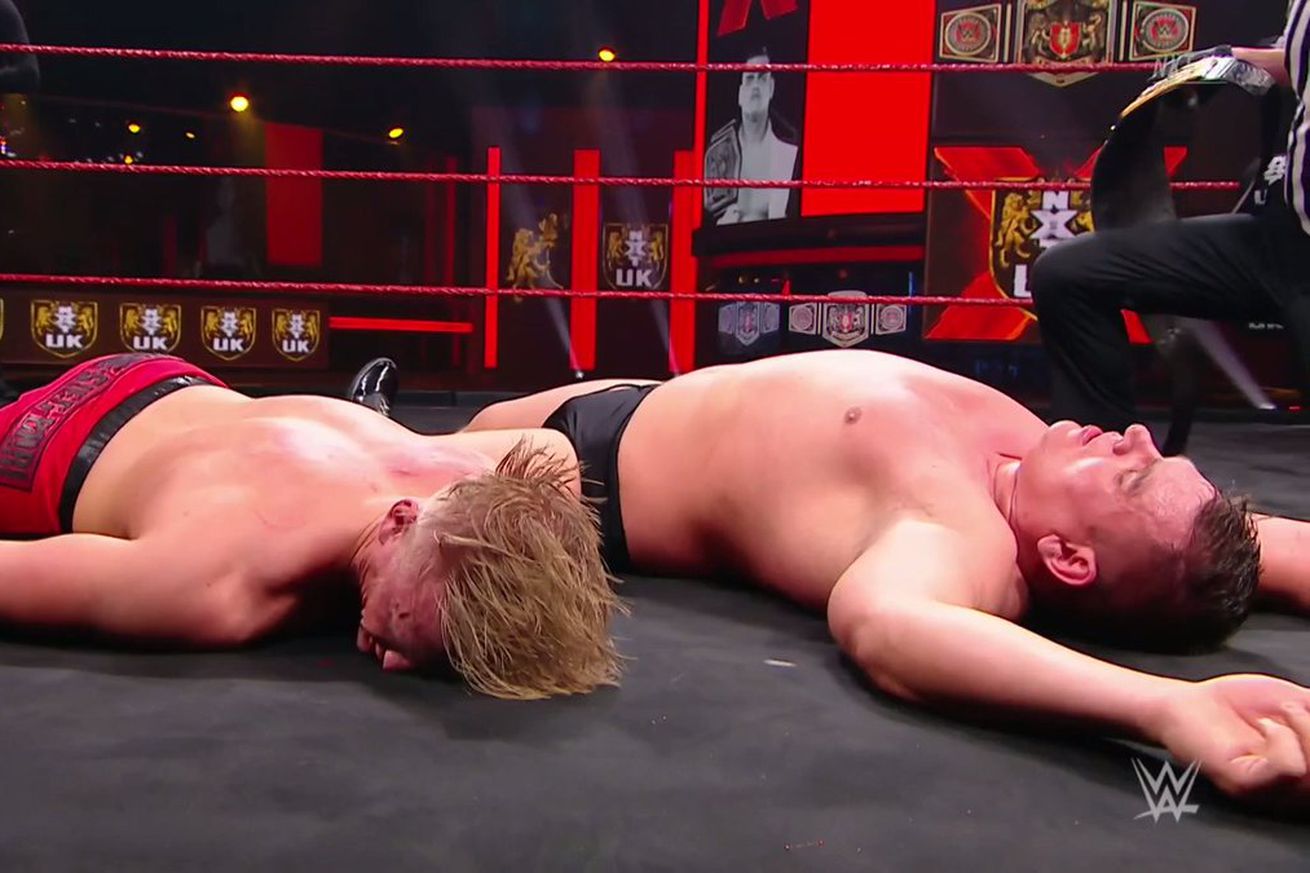 The pandemic didn’t stop WWE in the United States, but it did put their newest branch in the United Kingdom on hold. That meant fans on both sides of the pond were left waiting on one of the biggest matches NXT UK could make – WALTER vs. Ilja Dragunov.

Triple H, Shawn Michaels & team have been building the 27 year old Russian for this since signing him from their partner Progress last year. He worked Cesaro & Finn Bálor on two Network special events en route to winning a battle royal to become #1 contender at the last taping before lockdown.

Once things restarted in the brand’s new BT Sport Studios home, Dragunov became the first man to pin WALTER in NXT UK history during a tag match. That – and COVID taking a teased showdown between WALTER & Bálor off the table for now – made Ilja the most serious threat to end the Ring General’s 573 day title reign.

So, with a UK TakeOver nowhere it sight, this titanic tussle got the main event spot on the Oct. 29 episode of NXT UK.

Dragunov had promised the match would “redefine violence,” and from his boot at the bell he & the 33 year old Austrian did their best to do just that.

Unfortunately for the much smaller Russian, he took a debilitating-looking blow early when his head and neck snapped off the middle rope. Dragunov sold the attacks like death, while Announcer Nigel McGuinness pointed out the psychology of WALTER focusing on the neck to take away Dragunov’s Torpedo Moskau flying headbutt finisher.

When the comeback came, Ilja showed off his strength as much as his fighting spirit. He almost pinned the 300 pound champion again after a series of German Suplexes.

WALTER survived and turned the challenger’s chest to hamburger as he sought to make an example of the only man to put a blemish on his NXT record.

Neither power moves or submissions could keep Dragunov down as the match passed the 15 minute mark. A flurry of chops and knees sent WALTER to his knees, and a drop kick from the top very nearly put Imperium’s leader down for the count.

THIS is what the #NXTUK Championship is all about! pic.twitter.com/6UYbVvDL41

The challenger almost ended it a few more times after that, including by finally hitting a Torpedo Moskau. But the damage done to his neck caused him to wobble, and gave WALTER enough time to recovered enough to roll out after another cover. When the referee checked on a bloody-mouthed Dragunov on the floor, the Ring General attacked, suplexing him on the floor, blasting him into the ring steps and powerbombing him on the apron.

A splash from the top rope – the same move that he used to end Pete Dunne’s long United Kingdom title run – looked like the end, but the indestructible Russian kicked out. Finally, a sleeper left Dragunov unable to respond to the ref, and that was it. WALTER stumbled from the ring with his belt as a swarm of officials came to check on Ilja.

I don’t know that it redefined it, but if you like violence, this one is worth seeking out. Personally, I didn’t love it as much as WALTER vs. Tyler Bate from TakeOver: Cardiff (and I felt like there was a lot more suspense about the outcome here than there was in that 2019 match), but it’s still a bloody good time.

Once you’ve partaken of its violent delights, let us know what you think is next for Ilja Dragunov, and if can anyone take the NXT UK title from WALTER?