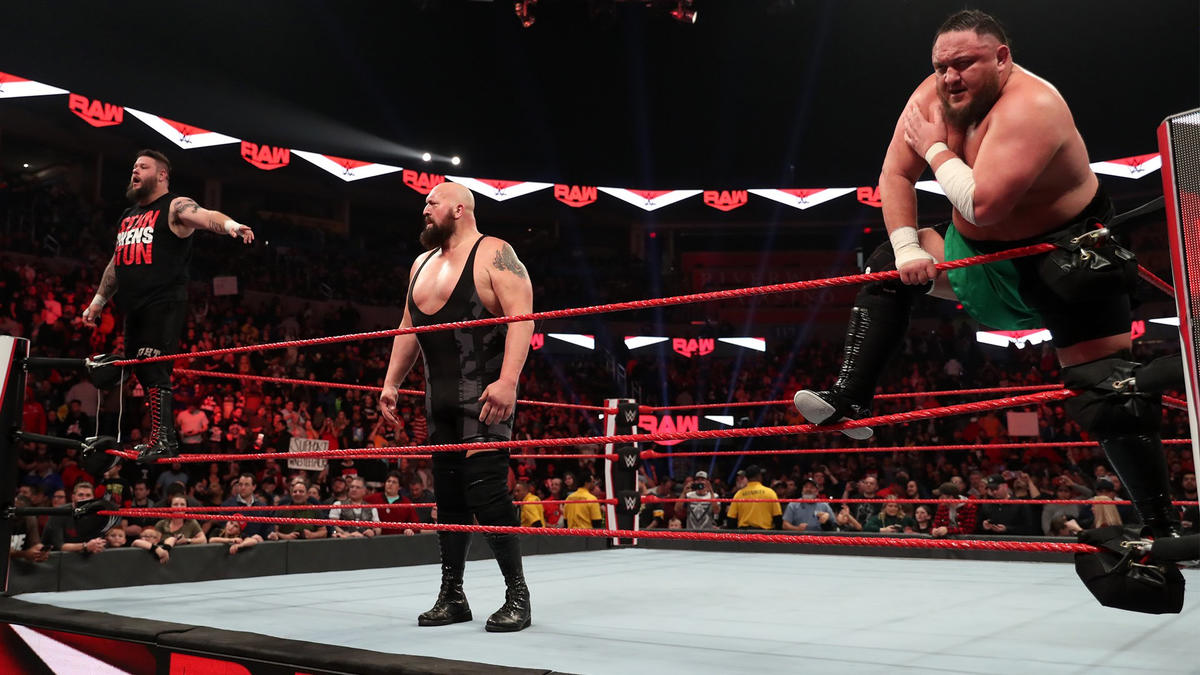 Two of the biggest questions of tonight’s Raw have answers, courtesy of a breaking news report by TheWrap.

First, Becky Lynch and Asuka are reportedly set for a contract signing in advance of their Raw Women’s Title Match at the Royal Rumble pay-per-view, a highly-anticipated match which Lynch demanded in advance of any upcoming contract negotiations. The Man seemingly confirmed the news with a short video posted to WWE’s Twitter account.

.@BeckyLynchWWE has a “preview” of her own. Tonight is the #RoyalRumble contract signing. Are you ready @WWEAsuka? #RAW pic.twitter.com/zDNrOHEL7a

Also, the report features a glimpse into the much-touted “Fist Fight” between Kevin Owens, Samoa Joe, Big Show and Seth Rollins & AOP that was announced at the close of last week’s show. The match, set to be the first of its kind, has been the topic of much speculation, as WWE has never played host to a fist fight throughout its history. According to TheWrap, the match will be a “no-holds-barred, no-disqualification, no count-outs, no pinfalls and no submissions” fight that will only end “when the referee declares that one team is no longer able to continue.”

The report also confirmed that the Fist Fight is set to be the main event of tonight’s show, which will also include Aleister Black vs. Buddy Murphy, Rusev vs. Bobby Lashley, Randy Orton vs. AJ Styles and a live appearance by WWE Champion Brock Lesnar.

Tune in to Raw tonight at 8/7 C on USA to see the contract signing and Fist Fight unfold.

WWE considering a big change to how WWE television is presented, details on the variations that WWE is asking fans for feedback on

Interview Highlights: Gail Kim talks about her experience in WWE, being a producer,

WWE considering a big change to how WWE television is presented, details on the variations that WWE is asking fans for feedback on

Michelle McCool mourns the loss of her nephew

Interview Highlights: Gail Kim talks about her experience in WWE, being a producer,