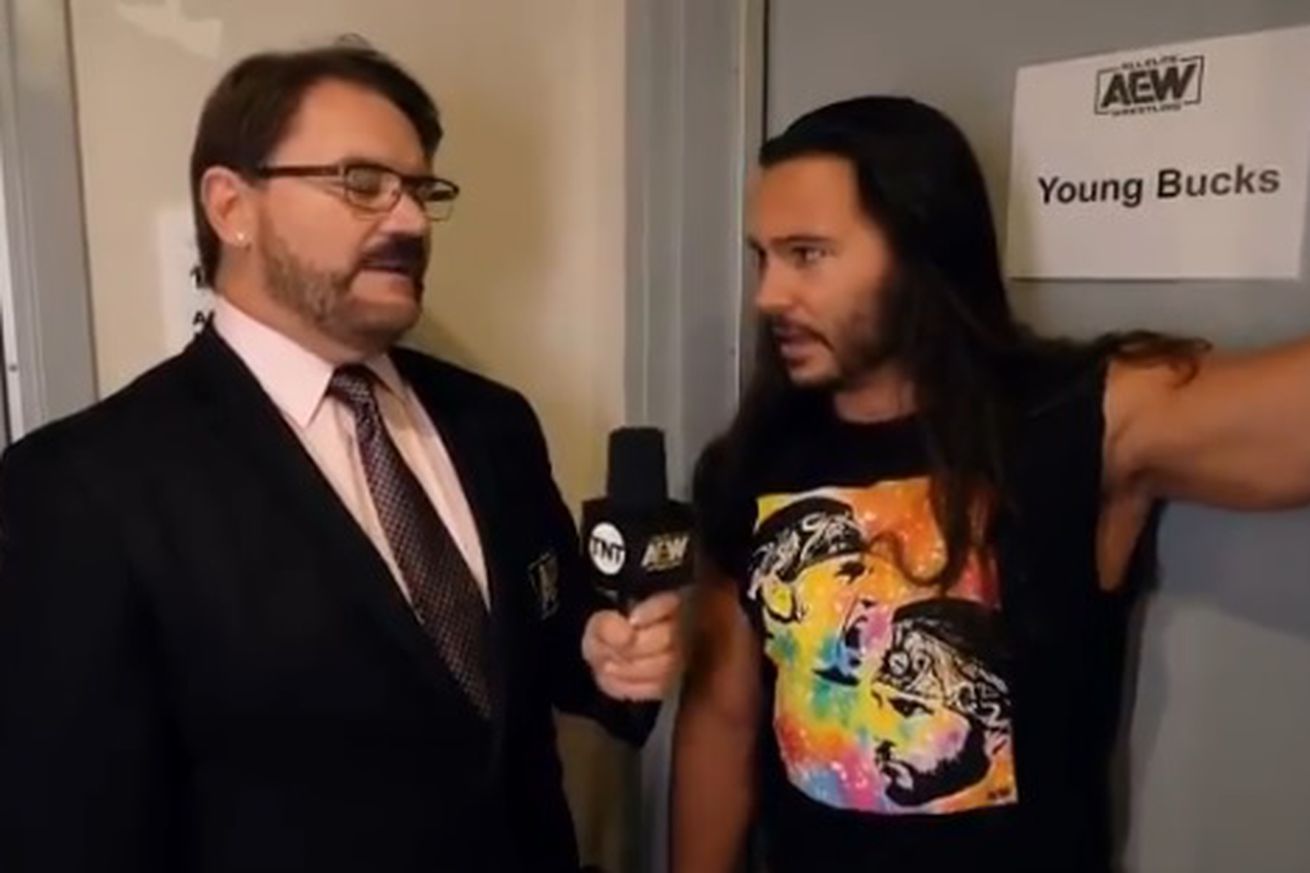 Frustrations have been mounting for the Young Bucks over the last month, and they have taken it out on AEW interviewers and referees. Tony Khan’s fines have been unable to keep them from engaging in this inappropriate behavior.

Matt Jackson was interviewed by Tony Schiavone this week (Sept. 23) on Dynamite and offered an insincere apology for the Young Bucks’ actions, insulting their previous victims Alex Marvez and Mike Posey. Schiavone then pressed Jackson with multiple questions about FTR. Jackson didn’t want to deal with that topic, so he took Schaivone’s phone and shattered the screen against the wall.

At least Matt was nice enough to immediately pay for the damage he caused, by shoving a few bucks in Tony’s fake pocket.

Are you enjoying this angrier version of the Young Bucks?

Kairi Sane provides update about her role with WWE