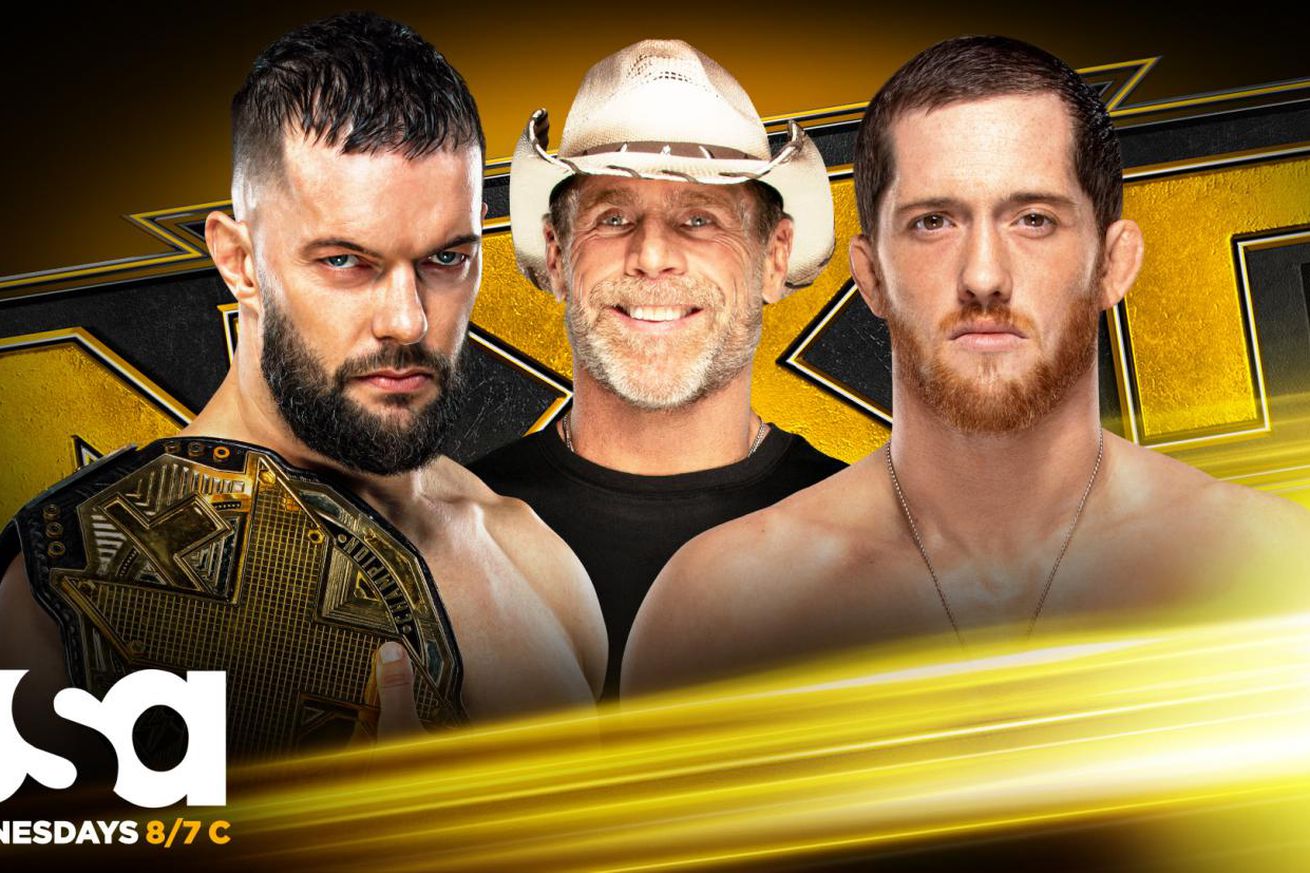 WWE’s moving Shawn Michaels out of the production booth and putting him in front of the cameras next Wednesday night (Sept. 30). Old HBShizzle will host a face-off between NXT champion Finn Bálor and the man who will challenge him on Oct. 4’s TakeOver, Kyle O’Reilly.

[email protected] will be IN THE HOUSE to host a face-to-face between @FinnBalor and @KORcombat on Wednesday! #WWENXT ➡️ https://t.co/Mq5R5OceS9

O’Reilly won the right to face Bálor in last Wednesday’s Gauntlet Eliminator, which doesn’t give them a ton of time to build this match. But Finn just beat Kyle’s Undisputed ERA teammate Adam Cole for the belt, and NXT’s been leaning into the story of this being a long overdue opportunity for KOR just shortly after turning him face – so Michaels will have plenty to work with. Plus, O’Reilly/Bálor is a cracker jack* of a bout that basically sells itself, so…

This sitdown joins Shotzi Blackheart vs. Dakota Kai on the Sept. 30 go home. A mixed tag between the people on either side of two other TakeOver title bouts – Candice LeRae & Johnny Gargano against Women’s champ Io Shirai & North American champ Damian Priest – is also on Wednesday’s card.

Excited for Michaels to talk to a couple of his guys? Will he held NXT pop a number in the Wednesday Night War?

Give us your two cents in the comments below.