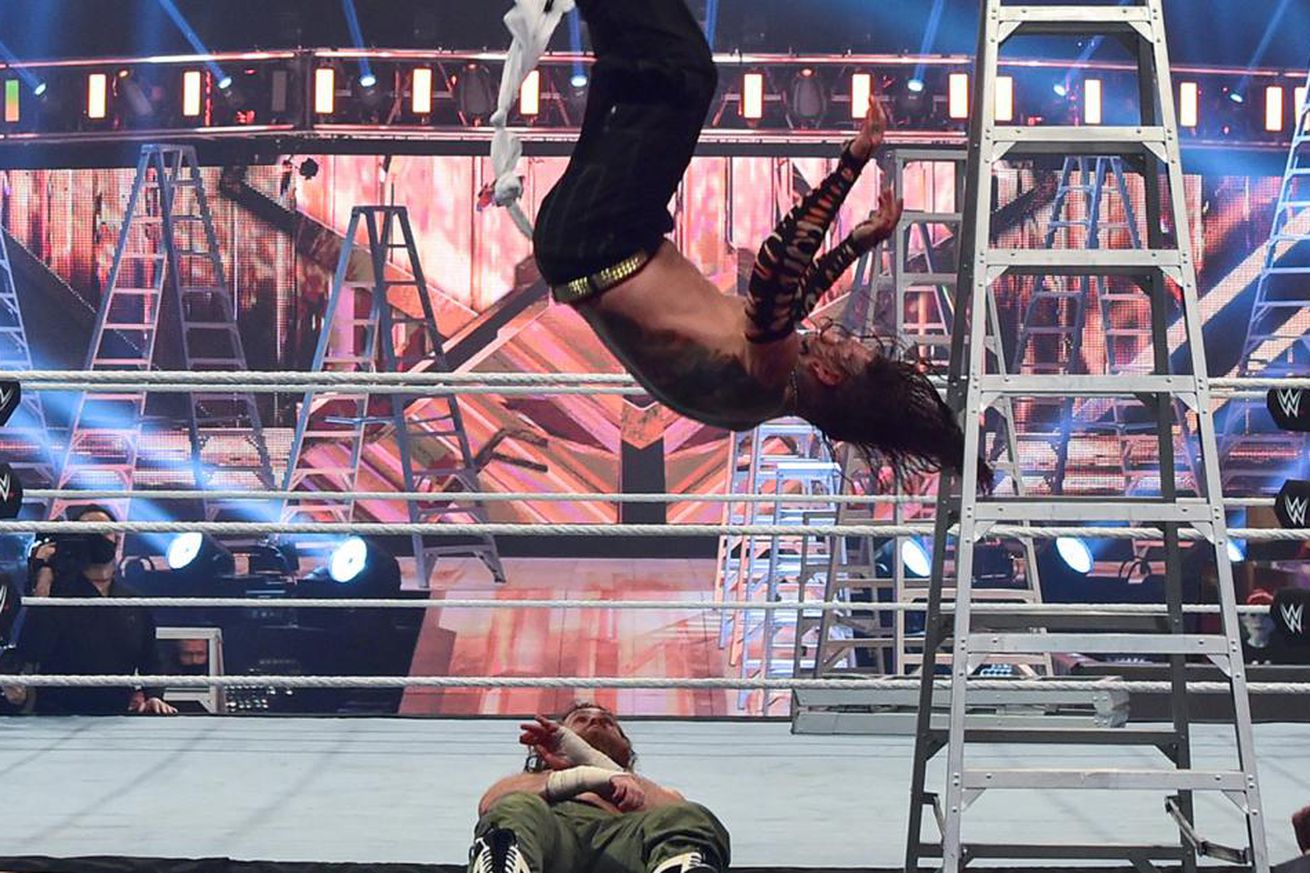 WWE has put a bow tie around its Clash of Champions pay-per-view (PPV) from the ThunderDome (aka Orlando’s Amway Center), as the promotion wrapped up the show tonight (Sun., Sept. 27, 2020) with Roman Reigns making The Usos call him the Tribal Chief.

Was it the best match on the card?

The show also featured Shinsuke Nakamura & Cesaro disposing of Lucha House Party to keep the SmackDown tag team titles, Asuka submit Zelina Vega to remain Raw women’s champion, Sami Zayn innovate his way to ensuring he can call himself Intercontinental champion and have it actually be true, Drew McIntyre slam the Ambulance door on Randy Orton to retain the WWE championship, and more.

For complete results and the live blog from the show click here, but in the meantime, vote in our poll below on what you felt deserves “Match of the Night” honors. Be sure to discuss your choice in the comments section as well!