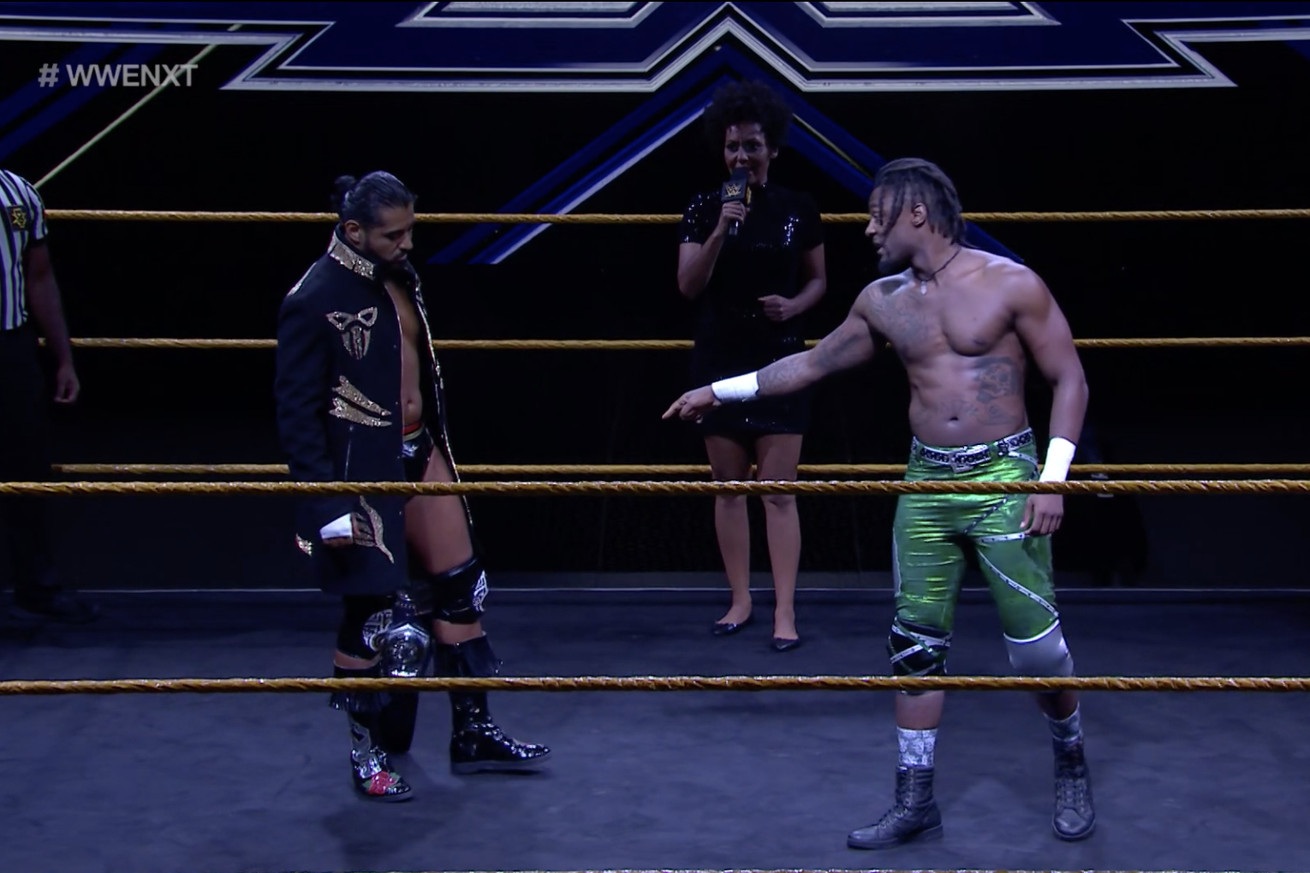 Isaiah “Swerve” Scott and Cruiserweight champion Santos Escobar have been circling one another for a while on both NXT and 205 Live. Swerve’s pinned the champ in multi-man action on a couple occasions, including in a memorable Street Fight won by Scott & Tag champ Breezango over Escobar’s Legado Del Fantasma faction.

We’ll see if he can pin him again with the belt on the line on Oct. 4.

This makes five matches for TakeOver 31, the standard number for the WWE Network portion of an NXT event. We should at least expect a pre-show match to be added, though. A #1 contenders match between Undisputed ERA and Oney Lorcan & Danny Burch is one possibility, depending on Bobby Fish’s health (he was reportedly out last Wednesday with an injury suffered while training).

We’ll see what the final card ends up looking like. For now, here’s where we stand:

– Finn Bálor (c) vs. Kyle O’Reilly for the NXT championship

Sermon on the Mat: Farewell to the Bulldozer