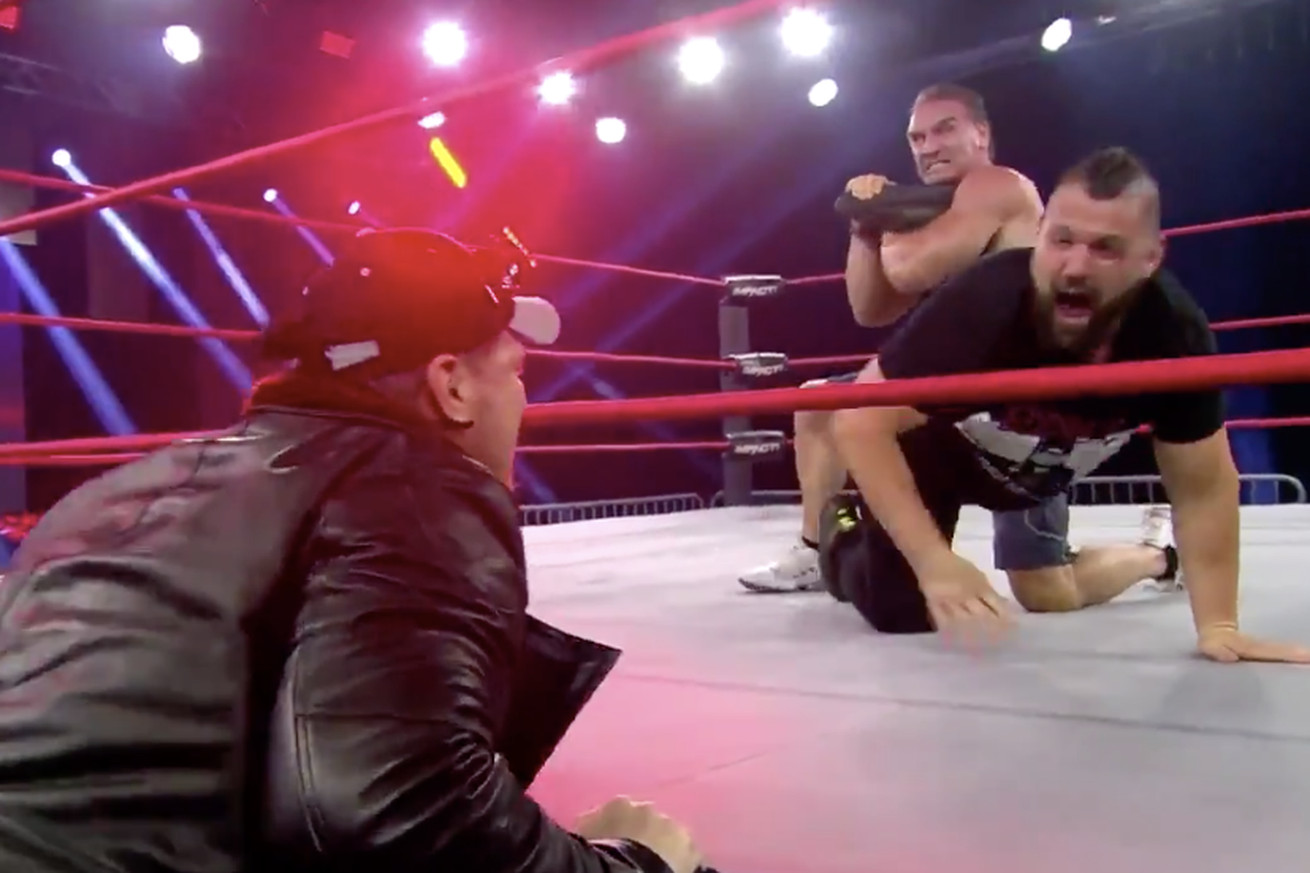 Ken Shamrock is still the World’s Most Dangerous Man. Yes, even in 2020 at the age of 56. Shamrock had taken time off from Impact to clear his head after blaming himself for a tag title loss alongside Sami Callihan. Shamrock returned tonight (Sep. 29, 2020) on Impact Wrestling to make a physical statement involving Eddie Edwards.

Edwards has had a tough time these past few weeks. First, he lost the Impact World Championship to Eric Young. Then, Young put Edwards on the shelf with a leg injury. Last week, Edwards was ambushed by a mystery attacker.

Who just attacked @TheEddieEdwards as IMPACT went off the air?! #IMPACTonAXSTV pic.twitter.com/5zn3lvvca3

Edwards came to the ring tonight in an attempt to solve the riddle of who did it. He immediately accused Young. Edwards was ready to fight, but Callihan came out instead.

Callihan claimed the surprise assault was not of his doing. Edwards’ wasn’t buying it due to their tumultuous past as enemies. Edwards was going to fight that scumbag anyway. That’s when Callihan revealed the violent culprit. Edwards turned around to see Shamrock raging in the ring.

[email protected] is BACK and he DEMOLISHED @TheEddieEdwards on behalf of @TheSamiCallihan. #IMPACTonAXSTV pic.twitter.com/xUiSuwM4Ai

Shamrock clobbered Edwards with a head kick then hooked in an ankle lock. Shamrock yelled for Edwards to get out of his way. My assumption is that Shamrock wants the Impact World Championship around his waist. Edwards has a title shot at Victory Road on October 3, available through the Impact Plus app. That bout is still scheduled despite the attack.

This was a pleasant surprise reveal. I never would have guessed Shamrock to be the evildoer. Shamrock has a badass swagger. His raging muscle flex gets my blood pumping. Yes, I laughed at that, but I also recognized that destruction was on its way. Believe it or not, Shamrock still has enough gasoline in the tank to put on entertaining fights given the right opponent. Edwards most certainly can be that right guy.

Did the mystery reveal surprise you? Are you excited to see Ken Shamrock in main event angles in the year 2020?

Edge, CM Punk among those with great stories about Tracy Smothers