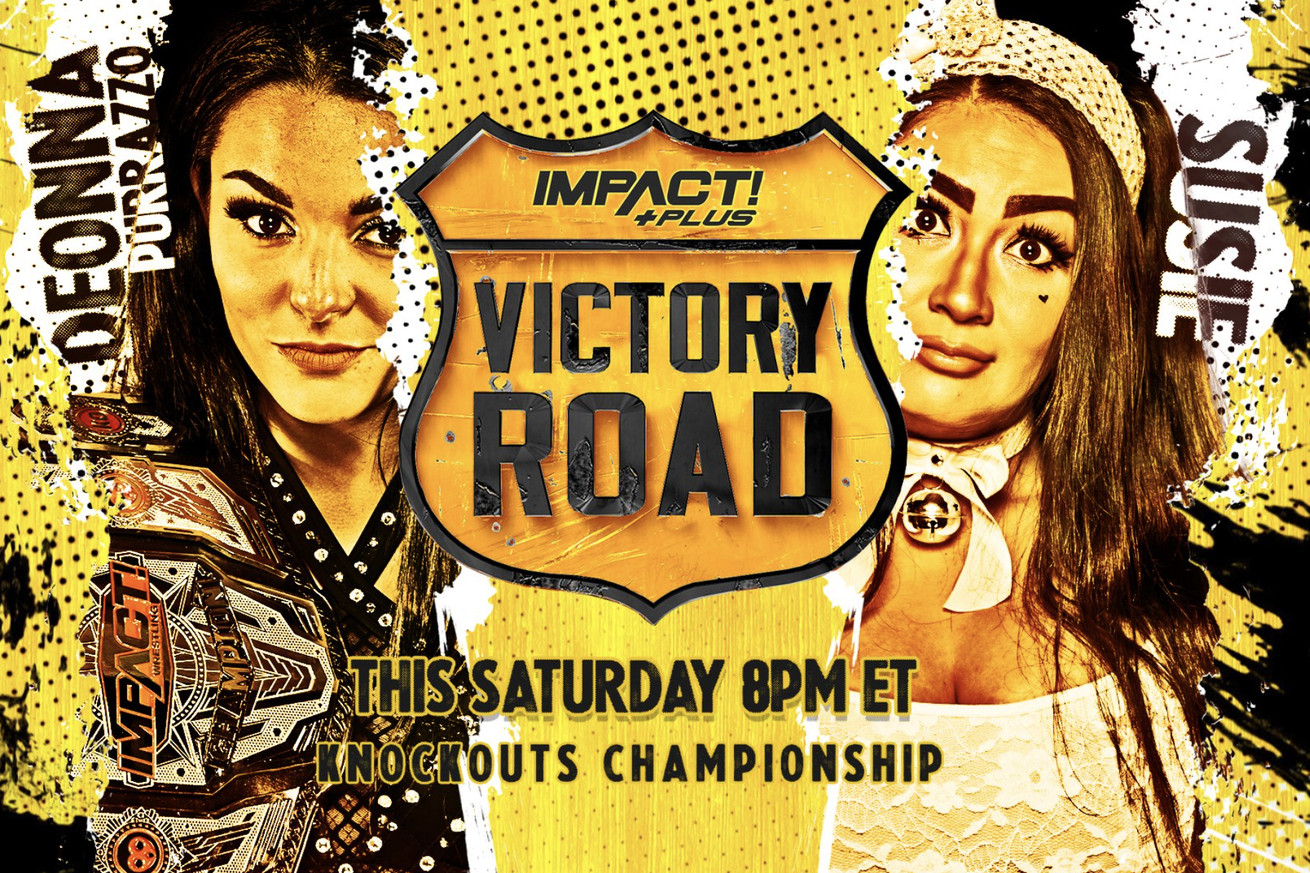 Impact is building toward their Bound for Glory PPV on October 24. First, business needs to be handled at the Victory Road special event on Saturday, October 3. Two title bouts are set to headline the show, available on the Impact Plus app.

It was announced last week that Eddie Edwards would get a chance at revenge when he challenges Eric Young for the Impact World Championship at Victory Road. The rest of the card was fleshed out during tonight’s episode of Impact Wrestling (Sep. 29, 2020). The official lineup as of now is:

Susie was awarded a chance at Knockouts gold. The story tease is the return of Su Yung to Susie’s body. Susie is the nice girl version of Su Yung, but she has been experiencing flashbacks of Su Yung when working in the ring.

Rohit Raju is all about giving opportunities, so he will debut the Defeat Rohit Challenge. It is open to anyone, except TJP, Trey Miguel, and Chris Bey. Those three already had their chance. It was unclear if the X-Division Championship will be on the line.

Reno Scum and Hernandez jumped Heath and Rhino to snatch back their money roll.

Rhino went to EVP Scott D’Amore to request a tag match with Heath as his partner. Since Heath is not contracted to Impact, D’Amore bent the rules as long as Heath signs a waiver to make it unsanctioned.

Jordynne Grace beat Tenille Dashwood in a rematch. Kaleb Konley issued a challenge on behalf of Dashwood for the rubber match to be at Victory Road.

Last week, Brian Myers and Tommy Dreamer had a heated discussion about being a professional. Myers threatened Dreamer to walk the other way next time they see each other. When that next time happened, the two almost came to blows. Myers reminded Dreamer to be professional, so Dreamer decided to save the violence for the ring.

It was a tense standoff between @THETOMMYDREAMER and @Myers_Wrestling – and they’ll face THIS SATURDAY at Victory Road! #IMPACTonAXSTV pic.twitter.com/GvPPC4yIan

This is a decent little show. Edwards versus Young has the deep story to entice enthusiasm for their fight. Grace and Dashwood have a strong shot at stealing the show. Impact has done a good job keeping curiosity strong for Heath and Myers. They’re not big players, but I still want to see what happens with their careers in Impact.

Is the Victory Road card intriguing enough to join Impact Plus for a $7.99 monthly fee? Which bouts are you most interested in?