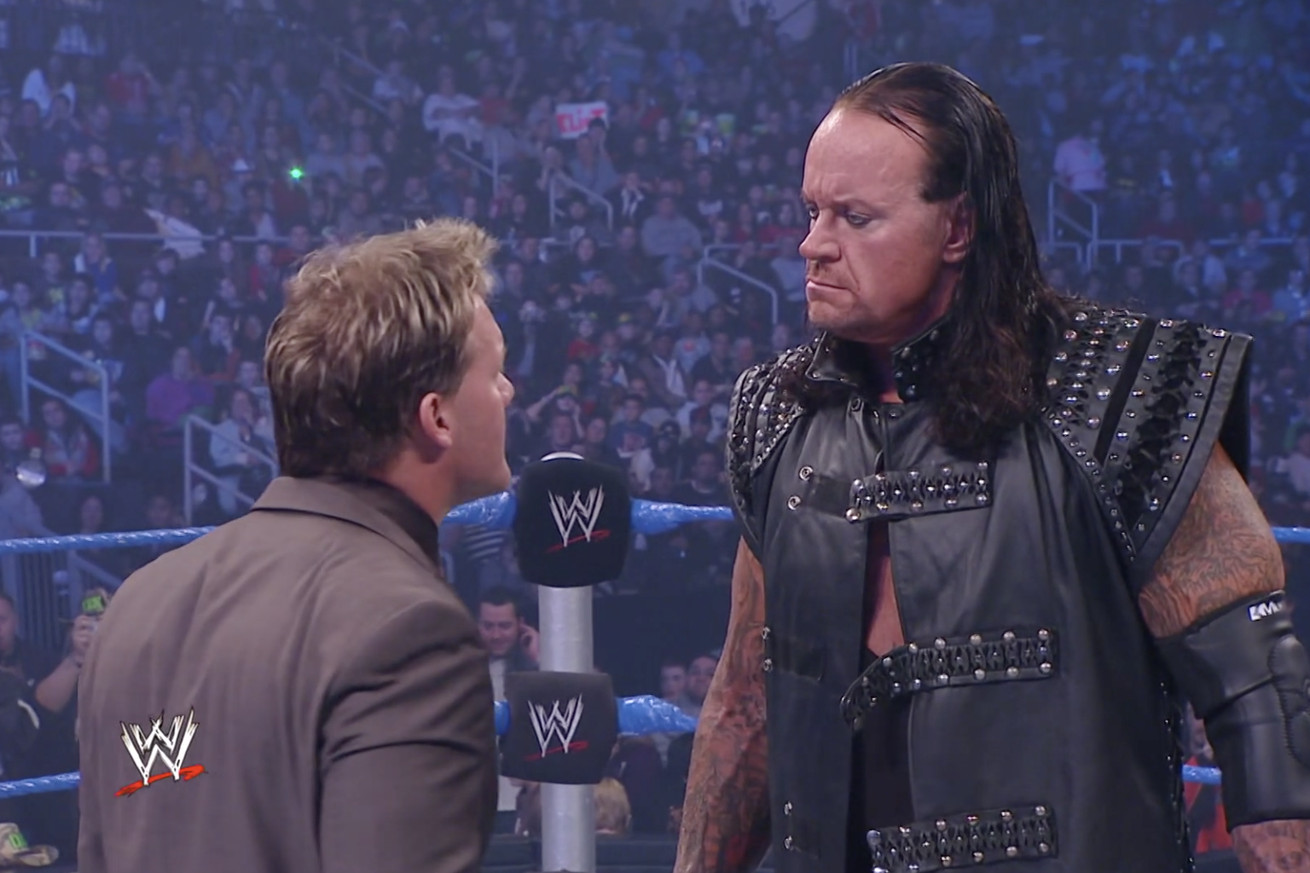 Isn’t it cool that you saw this headline and probably thought of two or more possible answers?

Such is the infamous legacy of WWE’s bi-annual (when there’s not a pandemic raging) Saudi Arabian supershows. So which one did Chris Jericho hate the most?

Here’s what he told Busted Open (transcription via TalkSPORT):

“The worst match I ever saw – and here’s your clickbait – was Saudi Arabia; Triple H and Shawn Michaels vs. Kane and Undertaker. That was such a stupid idea in the booking. It never should have happened.”

Jericho’s reason for picking 2018’s D-X vs. Brothers of Destruction debacle, which left Triple H needing surgery for a torn pec, could have applied to another Saudi disaster – Taker vs. Goldberg at Super ShowDown the following June. See, Le Champeon brought up “worst match ever” in the course of talking about why he signed with AEW. He wanted to work with younger talent instead of wrestling fellow legends he’d been facing throughout his career.

Those sort of cross-generational tag matches are what Jericho thinks WWE should have done in Saudi:

“It should have been Shawn and Hunter vs Roman and Seth and Taker and Kane vs… I don’t know – give me two names of guys – Cesaro and Kevin Owens, whatever you want.”

Agree with the #DemoGod? Or should we start calling Chris the #ClickbaitGod now?

Either way, let us know what you think in the comments below.